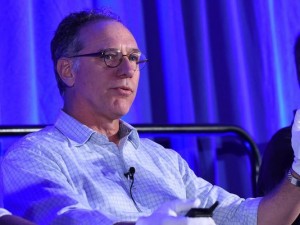 Disney executive Jon Heely has been arrested for raping children

… And we quote: “A society that can not protect its young, is a dead society.” ~ the people

One of the highest-ranking executives at Disney has been arrested on multiple felony charges of child sex abuse. A number of victims have come forward to expose Jon Heely, the director of music publishing at Disney, as a prolific pedophile.

58-year-old Heely,  of Santa Clarita, is accused of raping two underage girls approximately a decade ago, with the sexual abuse spanning over a few years.

His youngest victim was aged just 11-years-old, and according to the charges, he continued to rape and abuse her until she was 15.

Authorities fear that Heely may not have been acting alone, but may, in fact, be connecting to a larger network of entertainment industry elite pedophiles.

Variety reports: In a statement, a Disney spokesman said the company suspended Heely late on Friday, after being informed of the charges.

“Immediately upon learning of this situation tonight, he has been suspended without pay until the matter is resolved by the courts,” the spokesman said. Heely was arrested on Nov. 16 by deputies from the Santa Clarita station of the L.A. County Sheriff’s Department.

Booking records indicate he was later released on $150,000 bail. On Wednesday, prosecutors charged him with three counts of lewd and lascivious acts on a child.

Heely pleaded not guilty at his arraignment at the San Fernando courthouse on Thursday. He is due back in court on Jan. 10. If convicted, he faces up to nine years and three months in prison.

Heely’s attorney, Robert Helfend, denied the charges. “He vehemently denies these allegations and we will be fighting until the end to clear his name,” Helfend said. “It’s a shame, that’s all I’ve got to say.”

Heely has been with Disney since 1981 and oversees licensing of the vast catalog of music from Disney films.

He also produced a series of Disney concerts around the world, such as “Fantasia Live in Concert,” that feature orchestral performances and film clips.

Heely could not be reached for comment. His Twitter bio reads, “Disney Concerts and living to glorify God in all things.”