About Counsel of Foreign Relations=CFR+ SES= Deep State: Expose Them 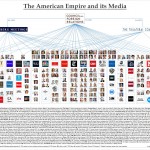 : MEET some of the distinguish members of the ONLY ONE terrorist organization around the world, for which members are those that disguise as our government, inclusive the former BAR (British Accredited Registration)= lawyers+ attorneys+ squires+ referees+ courts+ politicians,+ the so call elite’s clan from Hollywood where the deceptive propaganda machine starts along with their nationwide ring, paid for hire whores call journalists= media that takes pride publishing warmongering+ spreading lies for the American people along with their own perpetrated crimes by their counterparts buddies= clones in human form,+ the CIA+ FBI+ former corporal USA+ Israel [For Tel-aviv the modern Sodom & Gomorrah]+ last but not least Saudi Arabia that is the Second Israel= invaded+ highjacked by Talmudic Jewish-Russian mobs along England+Jesuits demons lords+ China.+ along their brothers and sisters from Islam= Muslins. For the Quran is the same evil Talmud Book written in Arabic. For they are the Muslims Brotherhood that includes all them together forming the crypto people with an agenda that is destroying our country, the United States.

They are the same that blame anyone for their own crimes except themselves. The same that have altered all religious texts for their own gain. Click image to view some of their stations within the United States alone= the Muslim Brotherhood disguise,+ ISIS+ ICE+CIA+FBI+DARPA+ MILAB+ DOJ= the same team killing our children+ our people+ making the lives for those that survive a living hell.

~ – = For all their stations be dismantle+ the land space be giving back for the American people.+ all foreign agents be deport+ hold them accountable for crimes against our country the United States.

Yes, these are the main provinces for the fuckwits Jesuits[ crypto people] do their dirty work within our country alone,+ connected with China.

After reading article comeback to read all these links below. It would blow your minds.

Go to  Initial Membership List of the Knights of Malta

RABBI QUOTES THAT MAKE YOUR STOMACH CHURN WITH REVULSION AND REPULSION

For they are the ones responsible for all covert+ overt terrorism around the world, inclusive destroying our animal kingdom,+ the heart breaking destruction of our youth through their agendas for sexual immorality as homosexuality+ transgenderism,+ clitoris mutilations for young females= belittling for women,+ castration= circumcisions for young males,+ pedophilia+ pornography+ murdering+ kidnapping+ starvation+ degenerative hormonal treatment[=Pedogate]. All knowingly enforce by their local corporal perpetrators as their local police mobs+ religious leaders+ hospitals+ doctors+ politicians+ court system= the BAR,+ the educational system,+ the propaganda machines= medias. For these criminals traitors follow the evil-written laws from the Talmud+ Quran texts that enforces as well racial division+ hate+ beheadings+ vaccination genocide+ poison for our food supply,+ human trafficking any which way. All= human poverty+ suffering for all the creation.

: The Getty Museum in Los Angeles= headquarter for the pedophiles ring= human trafficking worldwide: For Blow it Up. For Destroy it!

: For they are using electronics technologies for destroying the existence.

FOR the liars+ back stabbers+ hypocrites that have the notion they are the only ones that can think critically: are the ones that are from honorable races, and the rest are not. Little do they know that we the people are aware they are not even [Semite]. The facts are you all are criminals that are rampant within our streets doing business as manipulators,+ influencing, or cunning any government worldwide into their scam for conquering+ stealing+ subjugating the people. The ones that follow no laws except their own that are treason+ fraud in all forms. The ones that pay the corporal police to terrorize  our people’s lives within our streets+ our communities,+ in violation for all common+ natural laws. The ones that have enslave our planet for their own greed.

: FOR TERRORISTS is what they are: A worldwide covert+ overt terrorists organization,+ corporation(s) owns by the crypto Jews people, and theirs worldwide  mafia. The ones from the synagogues+ Mosques+ Churches of  SATAN and SATAN.

The Jews primary holy book “The Talmud” is a complete abomination for the Universal Christ principle+ the creation.

In the Talmud non-Jews (people) are identified as “Goyim” or “Cattle,” that serve as slaves for the Jews.

Jews are taught to regard “Goyim” as animals or beasts in human form that were created it by their god  to serve them.

3-Hilkkoth Akum X1, “Do not save goyim in danger of death. Show no mercy to Goyim.

These monsters have even created their own codified laws for a post 2012 world government. They call these laws “Noahide Law + Sharia Law” Basically any Goyim can be executed just for being accused by a Jew, or Muslim for violating one of their rules.

: For the Talmud+ the Quran are religious cults from tribals crimes syndicate= oral religions written by criminals. Criminals from the people’s tribes named Lews [Jews]- Edomites- Khazars to suit them so they could control the people: Destroy the kingdom of our creator.  For they hate, and love mocking the universal Christ essence that is within all that is created, and that navigates within the frequency of love.

: FOR ALL EVIL BE GONE. ~ – = FOR CFR+ SES BE ABOLISHED IN PERPETUITY. ~ -= FOR THE PEOPLE CAN TAKE CARE FOR RUNNING THEIR OWN COUNTRY AND THEIR OWN LIVES.

~ – = For The Byzantine Solution: For Be Enforce Worldwide:

~ – = For the organic Republic for the United States of America stands along with the laws that supports it and its people. ~ – = For those that violate+ invade+ infringe our way of government+ our peoples’ lives be hold liable+ accountable+ responsible for all actions: Or Be Kill.

Note: the crypto people applies to certain group of people that have an agenda as that of harming the creation, and or invading+ destroying countries, inclusive the United states. These people comes from all walks of life that includes from Islam+ Judaism+ Christianity., etc. These does not include the good Jewish people, nor the ones from Islam, nor those from Christianity, etc.

~We the people together we stand as ONE against corporal corruptions: Organize crimes: Organize terrorism.