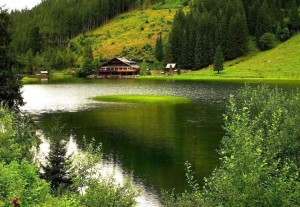 What a timing for an awesome article from Judge Anna. Which come to think we are going to take this opportunity to add that the United States of America is the Hub and or the place where all races of the planet earth are gather together. This is not by accident; in fact, this is a plan in the making for thousands of years. New York City alone is prove for finding each race of the world. But why the gathering? Well, it so happens that we are as we speak in a transition stage and or an evolutionary event of tremendous magnitude. Until now we have been the 5th root race of humanity for planet earth- the most barbaric race in the entire galaxy and beyond, we note, however, according to plan it was supposed to be this way. Let us just leave it at that and move on with our evolutionary path of growing and being what we are: Spirit Beings.

The END of the 5th Race is now. Now, do not be afraid, we’ll explain. It means that what we were we are not, and or will not be whether we acknowledge this or not. With this being said, you/we are transforming within-our DNA is evolving and so are we! This will take us to be the next Root Race of the New Earth, the 6th Root Race of humanity. We are the ones we’ve been waiting for. We are the Christ consciousness; we are the Messiah! We are the power that Be, and living in harmony with each other Is what It would be, must be because we are now recognized as galactic citizens. Meaning we are not alone, although we were never alone, per say.

Which come to think of something we forgot to mentioned earlier, and this is not by chance. The word America means= I AM RACE. Talking about magic! This means we are all the I AM presence or the I AM essence of Creator. Creator is formless- it has no identity. Creator is what it is, what it was, and what it will be, and we are all part of it! And America, meaning the entire Continent of America, not just the Country of the United States of America, would be the land that ignite the Christ light for the rest of the world, and the new Race. For some that are not aware, America is not just the Country of the United States, it means the entire Continent of North and South.

We made it! We are the most courageous souls in the entire cosmos; we surprised even the gods, you know why? Because they thought we’ll never make it through all that we’ve been through on 3 Dimensional earth. So celebrate great souls, the red carpet is waiting for us on 5th Dimensional earth, and beyond, where only the energy of love reign. If we surprised the gods then, surprised them even more in the energy of love.

So enjoy the journey and have fun! Love thy neighbors, make a difference to whomever you can.  Be who you are, gods and goddesses. Be Love.

Enjoy the journey along with all the great surprises ahead of us! Get ready, we warned you!

We Are All Indigenous

Since I put out the call for “Caucasion Males above the age of 21″ to stand up for their states of Union and assert “unimpeachable” claims on the land, I have had no end of ignorant people calling me up in a white hot lather about that, with all sorts of ugly assumptions in hand.

Just remember that the first part of “assumption” is “ass”.

The fact is that the treaties and agreements that need to be exercised to claim the land mass of this country were all written back in the 1700-1800s and the only people who had legal standing back then were “white males above the age of 21″.

The only people who can exercise a treaty are those who are party to it. Period.

The government of Ireland can’t interfere.

And in this case, neither can women or blacks or Native Americans or recent immigrants. You and I and everyone outside the contract are just going to have to let those who are part of the contract have at it.

The only ones party to the statehood compacts back in the day were white males above 21 and as a result, they are the only ones who can raise their hands and claim to be successors to statehood agreements and contracts today.

That is the way it is and it has nothing to do with any racial prejudices today. It’s just a circumstance left over from things that happened 200 years in the past.

I have also had all sorts of so-called “indigenous” nations calling me up and griping and complaining and saying, —-well, we were here first!

I’m sorry. Every single Indian and Black American tested turns out to be from somewhere else in the world—– mainly Egypt and Asia and Africa—- but somewhere else. Not here. Not “indigenous”. You can go all away around the world, anywhere you choose, and the story is the same. Our ancestors moved around all over the place and nobody is truly “indigenous”. Even the true and isolated Aborigines in Australia have plenty of cross-breeding from all over the world.

And since the Doctrine of Discovery is universally recognized to be a pile of rubbish and an irrational lie from the get-go, it really doesn’t matter if your ancestors “discovered” North America 10,000 years ago or yesterday. The same is true in Africa, Europe, and Asia.

We are all here together and nobody has any more sacred claim on anything than anyone else, so everyone can stop the mad dash to claim the whole world for themselves and just their racial-ethnic-religious group.

It turns out that there is only one family of man.

Let’s pretend that the Arab nations are your left foot, and the British Nations are your right hand. Which one of them do you want to have cut off? Tell me, please, so I can call the doctor and order the amputation right now.

My Great-Great-Grandfather owned half of Germany. His Will is 170 pages long, verified and on the public record. Want to whine to me about losses? Want to talk about claims?

But the fact remains that that was then and this is now, and he was he and I am me.

Give up these crazy delusions about living in the glories of the “past”. The past does not exist. It is dead and gone. What we all have as a birthright is here and now.

What a lot of people seem to be missing is that “states” and “nations” co-exist. The life of one does not mean the death of the other.

The “Winnebago Nation” can and does co-exist with “Wisconsin”.

This is because these are all political entities—- associations, tribes, families, political parties, even corporations—groups, if you will, organized and recognized and peaceably doing their thing.

That is the way it should be so long as nobody is harming anyone else.

All those “indigenous” nations that are trying to beat the war drums and object to what is and questioning the rights of their white and hispanic and oriental and every other “nation” to be here and to have their homes and properties secured had better stop and think.

We all recognized you and your rights and said, yes, you have your place on the land. You have your Natural and Unalienable Rights. We all stand behind that. We guarantee that with our lives. But please note— that doesn’t mean that you can suddenly “lord it over” anyone else. Your rights end where your neighbors begin.

Just because your Great-Grandfathers owned South Dakota doesn’t mean that you own it, anymore than I own Heidelburg. Time has moved on and so must we. What is dead and gone, good or bad, exists only in memory and the injustices of the past do not justify creating more injustices today.

If you want to be blessed, you must be a blessing. That is the Law of the Universe and there is no other.

You can rant and rave and feel sorry for yourselves and what your ancestors suffered in the past, or you can look at what is right here and right now, and resolve to make this world a better place. You can parade around and say that because your Great-Great Grandfather owned this piece of paper or because he had a cabin here or because he had a pink pimple on the end of his nose that “entitles” you to this or that.

You can make any claim you want, and I could claim to own half of Germany, but the facts remain.

That is not a matter of money or politics or any ancestral right nor of any external power at all. It’s simply a matter of fact that each one of us is utterly unique and that however we got here, we are here now, and it is up to us to love each other and respect the needs and rights of others if we want those same things for ourselves.

And that, too, is the Universal Law.

Think about the Inquisition, the Crusades, the 100 Years War, the Reformation, the Thirty Years War, the Civil War, the Genocide of the Indian Nations, the First World War, World War II, Northern Ireland, Korea, Vietnam, Iraq and only God knows how many acts of genocide and misery and violence.

Everyone have a good nose-full of all that? Good. Now maybe we are ready and willing to leave that behind?

Let’s settle this whole claim of being “indigenous” right here and now. No matter what the color of our skin, we all came from Africa, long, long ago. So we are all Africans.

Go back far enough in the DNA chain and it all reduces down to that. That is the actual, factual, verifiable, undisputable truth.

There is nobody here but us chickens and the only unit of “human” is one each.

In truth and in fact, it’s just Anna and Joe and Sally and Xi Ping and Noriko and Esha and …… seven billion completely different, unique, beloved beings, each one the image and reflection of divinity.

When you decide whether you want to amputate your left foot or your right hand, let me know.

The name AMERICA is an anagram for the I AM RACE. The Divine Intent of this name represents a race of God Conscious people comprised of ALL races, ALL nationalities, ALL cultures, ALL religions, ALL creeds and ALL Lifestyles. A race of people who are functioning within the full embrace of their I AM Presence reflecting Oneness, Divine Love, Reverence for ALL Life, and decisions and actions that perpetually reflect the highest good for ALL concerned. And we quote.