TEXAS AS PART OF MEXICO: THE STORM SURGE IS NOW 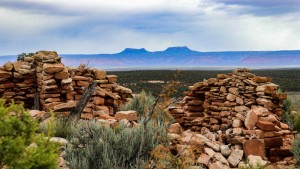 JERUSALEM – In response to US President Donald Trump’s recognition of Jerusalem as the Israeli capital, the Palestinian National Authority has announced that it will recognize Texas as a state of Mexico since it was violently annexed by the United States in the 1840s.

“The territory north and east of the Rio Grande is very important to the Mexican people,” explained a PNA spokesperson. “Before American settlers showed up and implemented slavery, Mexico oversaw this land. Then, President Polk sent his armies to invade the rest of these Mexican territories, and force the country to give up California, New Mexico, most of Arizona, Nevada, and Utah, and parts of Wyoming and Colorado. We may soon recognize these states as part of Mexico too.”

Palestinian President Mahmoud Abbas says that this is a new approach to Mexican-US relations, and hopes it will help ease the tension between the two countries over security and immigration.

“We understand that the Mexican state of Texas is a sacred place for many large-buckled Americans, but they can rest assured that a two-state solution or a wall was not feasible,” explained Abbas.

“Besides, most people in Texas speak Spanish.”

The Palestinian consulate in Mexico City will soon be moved to Houston to formally recognize the seized territory as part of Mexico.

At press time, President Trump hopes that his recognition of Jerusalem as Israel’s capital will offer a new path for Middle East violence.

THE STORM SURGE IS NOW!