Light Consciousness is the Great Mirror 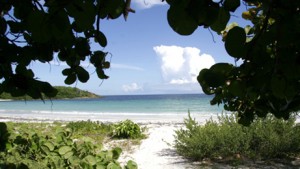 “Without light, what could you mirror for yourselves? What would you see?
The sun is the governor, the ruler of your particular system as it appears to you.

It is the sensitive spot of your particular arena of space. The sun reads its creations and in turn feeds the creations what they need. So when you carry love of yourselves and Earth, the solar rays completely understand the consciousness you carry.

When you carry fear of Earth, the solar rays understand, and they nudge you into those experiences.

When the intensity on your planet speeds up and broadcasts itself as misuse of energy, the sun reads this. The sun is the feeling heart center. It permits and activates life, because it touches and reads all things. You cannot hide who you are, for the sun’s rays read your vibration. Some people attempt to hide from the sun by going underground to keep their activities secret.

Think about the consciousness of the sun as it peeks out on its domain. It touches all points with varying cycles of light, checking to see what is happening in every nook and cranny. It feels and brings the energy back to itself, and then makes decisions about its own expression. It learns how to correct balances and imbalances within its own creations.

The sun is changing. The sun and its many forces are brewing phenomenal shifts and sending them to every aspect of your being. There are plans within plans within plans. Understand that always the highest plan of opportunity is available to you, if you so choose.

There will be a tremendous increase in solar flares; the energy of the sun will burst and burn, sending out massive amounts of gamma rays. Sometimes the sun is quite docile and gentle, like a little baby. Other times it has volatile periods with activity like a million volcanoes going off at once. Yet if you have the appropriately tuned consciousness, you can move right through this activity into the domain that exists behind that particular illusion.

The form of the sun is an illusion that is deeply imbedded in the essence of every facet of this solar system, and in every part of the DNA of the universe. Within the overall blueprint and design of core beliefs, it is decreed that certain illusions will be perceived and others will not. The sun is an agreed upon root assumption that emerges into many realities and actually allows realities to merge.

As the rays from the sun change, activated by the consciousness of the inhabitants of Earth, and as the sun releases solar bursts, the polar regions of Earth are affected.The flares sent forth are like atomic explosions or jolts of electricity that go millions of miles deep into space.

Earth’s poles, which are magnets, catch this energy. They grab energy that comes from space to the planet. Because of the magnetic force, they arc it either around the equator or inward to the core of Earth. Each pole grabs the solar energy, drives it in, and creates a huge cylinder of vibrational energy. As that vibrational energy jolts and jiggles to fit, it has to align with the energy grid-work of Earth that is connected from the poles.

This grid-work is decreed by you, and to some extent, all energies merging or emerging through your version of Earth conform to this grid of beliefs. Of course, many things are not in balance, which is why you are going to have a relocation of the poles so that the grid-work will be more able to catch the energy. Right now, the particular pole alignment cannot serve as the electrical ground or lightning rod that is required to avoid burnout.

The poles create a lightning rod through Earth, though the current setup will short circuit everything. So, in order to avoid complete destruction, there will be a shift. The poles will move someplace else, as they have numerous times before when the balance of Earth was at stake.

There will only be a minor shift from a space perspective. From your perspective, however, the shift will seem quite major.

The solar energy is creating a new vibration with which disturbing and disruptive energies will not be able to fit. In order to qualify and join the club, energies will have to lay claim to a certain vibration of love. The sun is saying, “Enough. We are going to put you back into alignment. See what you can do this time around.”.

Each time you expose yourself to these fantastic doses of energy, you increase your intuition, your psychic potential, and your ability to decode the DNA. All of these abilities are magnified thousands and thousands of times.

This is part of the way that the sun is responding to who you are, so trust that the sun reads you. Have honest, open, and agreeable energy with the sun and with all the elements around you.

It is almost as if the effects of your sun have been unable to penetrate what has happened here on Earth, so other suns are coming to be assistants to your sun.

The cosmic rays are solar flares from a central sun at a distant place in your galaxy.”

Hearth-Barbara Marciniak
(Teachings of the Pleiadians)