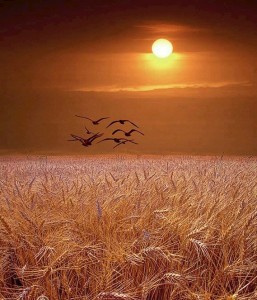 He desperately wants to be special because he is a male, he’s white, and he claims to be an Israelite.

However, none of that is any basis for claiming to be special.

The thing that makes us special is that we are unique. If you take reference to the Bible, we are special because God knew us and loved us before we took form in our Mother’s womb. It’s not because we are male. Or white. Or imagine ourselves to be Israelites.
For the record, the “Lost Tribes” were never physically lost. They were spiritually lost.

They followed after the Sumerian gods of money, sex, deceit and violence— Mammon, Molloch and Ashtoreth.

Every civilization that has followed after these gods has ended badly. The Ten Tribes of the Northern Kingdom of Israel were hauled off by the Assyrians as slaves. The Egyptians, Carthaginians, Romans, Phoenicians—- and now the British Empire is going down the same road and dragging America with it.

Some of these doomed civilizations were patriarchies and some were matriarchies, and they all fell victim just the same.

It doesn’t matter which sex or color takes us over the cliff: in all cases it is the worship of false gods that “brings desolation”.

But none of these things is the answer. Obviously. Old white men who are bloodline “Israelites” according to Tyron’s reckoning——have been in power the entire time leading up to this debacle.

The answer is to stop worshiping false gods.

The Ten Tribes are still lost, still foaming at the mouth against Judah and the Lion of Judah who remained true; they are still trying to deceive everyone and shuffle off the blame for their own iniquities, still stiff-necked, strutting around, beating their chests, proclaiming their superiority—– and pretending to be the answer to all the problems that they have created.

I repeat: the problem is the worship of false gods—- money, sex, death, coercive power, violence, and deceit— by the same men, the same “Lost Tribes” who have invited calamity upon themselves and upon every host nation for millennia. Will America escape?

All together now— what is the problem that brought all these early civilizations to the dust and which is threatening our civilization now?

The worship of false gods.

If we want to thrive and survive we have to face facts and admit that we have been worshiping evil in our midst—- worshiping money, sex, death, violence, deceit, and coercion. We have given these things our time and our attention. We have let them cow us down like sheep. We have let nasty little vermin speak for us and do all manner of evil in our names.

Next time you hear Tom T. singing about “older whiskey, younger women, and more money”—- check your values against the values of Jesus of Nazareth.

None of you men including Tyron need me to tell you what is wrong. You are just trying to avoid the Truth—- that you’ve been caught up in worshiping false gods.

The penalties for that are known, and you just make it harder on yourselves and everyone else by trying to find scapegoats and running around blaming and making accusations instead of confessing your sins and changing your values and living better lives.

Now to answer his so-called “challenge” to me, which is not a challenge, but an attempt to discredit me and to mislead otherwise sane people.

The law of the land in America is Anglo-Saxon, Common, Natural, Christian (NT) law.

That simply isn’t true and it is ignorant to think so. The “Law of the Land” worldwide is the Law of Moses and has always been so for thousands of years. This is because Moses parted the Red Sea and walked across on dry land—- thus overcoming the Law of Noah, also known as the Law of the Sea.

Our law is inherently Patriarchal and specifically used to Govern our ethnic, racial peoples- whites/European Americans who are the founding, reigning stock of America and all of her lawful Governments.

No, Roman Law is patriarchal and especially Roman Civil Law, which is the foreign and pagan scourge we have been living under. American Common Law has not been practiced in this country since 1939, but it is not limited by the past and does not live in the past. It lives according to fixed principles— for example, the jury rules and has the right to nullify any law it doesn’t like, and there must be an actual injured party for a controversy to exist. These principles are not rooted in any “patriarchy” nor any other requirements of foreign Roman Law.

Women are not to hold positions of public authority over men according to our Christian NT law and this is backed by the law of nature as well as our common law traditions (until the advent of the US Corporation 1871).

Tyron makes the common mistake of following the Disciple (Paul) and not the Master. Christ had 33 years to “put women in their place” and the only place He put them was close beside Him. All this clap-trap about women being subservient came from Paul, a Roman Jew raised in the pagan Roman system of patriarchy. Since I call myself a “Christian” and not a “Paulian” I follow the example and teaching of Jesus who is my Master and my only Master and I take Paul with a large grain of salt, much as I do any other man. Evil and self-serving men have used Paul’s inbred prejudices as a Roman and his limitations as a man as an excuse for their own will to dominate and disrespect and oppress women. I have no respect for them nor for their motives.

No women has ever held a position of judge under our law from the time of the advent of the Apostles and early Christian Church (Not RCC) – from America’s founding, up to the advent of the legal fiction code system that she says she opposes.

Actually, women have always been judges and prophetesses among the Hebrews and always will be. It is the foreign, pagan, domineering law of Rome and Roman patriarchy that dictated that men be judges and which caused the despicable mistreatment of women and the promotion of sodomy and pedophilia and so many other ills. So instead of promoting more of that we are following the traditions and the principles of the Common Law itself—-in which people choose their judges. If Tyron doesn’t want to be judged by me because he is a woman-hater, he doesn’t have to contract with me. There are plenty of male judges around, including my husband, who would love to grind a nasty misogynist like Tyron into the dirt.

So, let’s sum this up: Tyron Parsons and other white men who are self-admittedly calling themselves “Israelites” and claiming to be descendants of the Lost Tribes of Israel are still lost morally and spiritually.

They have caused destruction everywhere they have gone for thousands of years—–like a plague or a parasite that just keeps moving from host to host.

They have done it by worshiping false gods and adhering to wrong principles and refusing to repent their mistakes and misdeeds.

Instead of looking for scapegoats, they should be tearing down the “Statue of Liberty” which is nothing but a giant effigy of Ashtoreth, the Mother of Harlots and All Abominations and the Washington Monument which is nothing but a dead man’s severed penis in effigy, too. Why not send both those symbols of their foreign, pagan religion back to France and the Freemasons they came from?

That would at least symbolically address the real problem.