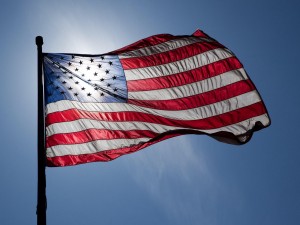 ^^ For all our people: huge changes are taking place within our country. One of them for example is the death of our existing banking system. You might ask, but why? Because it has been corrupt all along, because they are the ones that have enslave our people, not only in this country but worldwide. Truly, our banking system has been for a fact a terrorist organization worldwide. We know this might be shocking for some, but the truth must be expose. The banking cartel, as we call them are the ones that have organized [perpetrated] all hideous crimes against our people, inclusive human trafficking+ having our people as public property.

The footprints from all these criminals, starting from each county from the smallest minions to the highest, are on the public record for the entire world to read. They, as well as all accomplices would be liable+ accountable+ responsible for their actions according to laws. Some of them will be executed, as happened with NoName[John MaCain],+ others would be giving one way trip to Guantanamo for life.

You know who you are.

We are in a critical time when we all must stay together consciously as ONE for the betterment for all the creation. America First means, we the American people are the first ones that would serve as an example for the entire world to follow the example for unity+ transparency+ abundance+ peace.

Keep on working together within your communities for more power for all. have courage. be alert. be love. be kind. be discerning. 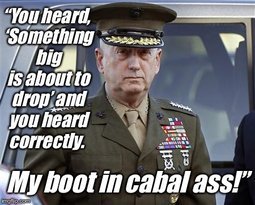 There was a time when our children stood at attention, put their hand on their heart, and in one UNITED voice, recited the PLEDGE OF ALLEGIANCE.

There was a time when STRENGTH and HONOR meant something.

There was a time when standing for our FLAG meant something.

There was a time when our history (heritage) was taught with PRIDE and RESPECT.

There was a time when respect was given to those who serve(d), bled, and died to protect and defend our GOD GIVEN FREEDOM.

There was a time when we were GRATEFUL.

There was a time when these UNITED STATES OF AMERICA, ONE NATION UNDER GOD, was UNITED.

There was a time when these UNITED STATES OF AMERICA, ONE NATION UNDER GOD, was UNITED UNDER ONE FLAG.

There was a time when, WE, THE PEOPLE, decided our future.

There was a time when, WE, THE PEOPLE, had a voice.

There was a time when, WE, THE PEOPLE, were UNITED and STRONG.

“I pledge allegiance to the Flag of the United States of America, and to the Republic for which it stands, one Nation under God, indivisible, with liberty and justice for all.”

It is time, WE, THE PEOPLE, reclaim what is rightfully ours.

MAY GOD BLESS AMERICA AND ALL THOSE WHO DEFEND AND PROTECT HER AGAINST ALL ENEMIES, FOREIGN AND DOMESTIC.

WE STAND TOGETHER AS PATRIOTS.

WHERE WE GO ONE, WE GO ALL.

HOME OF THE BRAVE.