Give Them Pain Any Which Way: Execute Them 911

Give pain. pain for all the vampires minions that are left worldwide.

: We the American people wants once sense for all, all the perpetrators from 911 held responsible+ liable+ accountable for the hideous crimes committed to our people. We the people command: demand the execution for all these criminals+ accomplices, inclusive the immediate ones such as, George Bush Junior. Dick Cheney. Donald Ramsfeld. Condoleza Rice. For who is Rudy Giuliani. + Part of the NYPD. The Clintons. The entire members of Congress in that time. The entire Supreme Court members in that time+ the entire FBI members in that time+ The entire CIA members in that time+ all BAR Members+ the Federal Reserve Bank+ the Chinese+ the media.

In a nut shell these includes all the corporal whores from the U.S. + U. S. A corporations that aim has been selling our country+ our people to foreign investors+ their own vampires that are here within our country+ abroad.

In a nut shell, the right thing for us the American people doing is dismantling the fucking corporations+ the fucking STATE with their minions that have infested our communities nationwide. They are the ones that have declared without any authority whatsoever enslave our people by the notion that we are their slaves: are their public property.

How delusional thou art!!! We the American people are ahead of you! We already buried you!

Fucking come down from the infested children blood that you have been drinking, and fucking die once sense for all.

The innocents people that you killed on 911 are looking: helping from above until this is accomplish.

Despicable demons. Vampires, we the American people do not want seeing your faces anywhere on this earth, or our universe. Be. Gone. Dissolve in the universal ocean of nothingness in perpetuity.

Hung them on public view for the entire world to see. 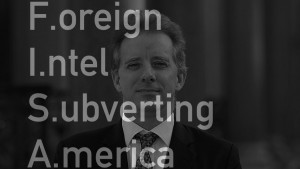