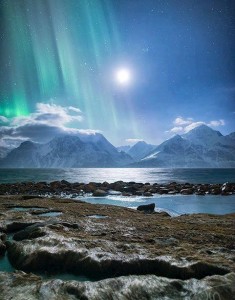 Yes, indeed… all good things must come to an end and the end is near.

May your RV journey, your odyssey, your nightmare, your Greek tragedy finally come to an end this day. As you have earned your place at the redemption table to experience, to feel, to receive the love and abundant and benevolent Creator perform per His own prophetic promises and predictions.

Sure we’ve been hearing several reports now of immanent performance from different and varying sources over the entire summer. But today (and I say this with a straight face and humble heart), everyone that truly matters in the GCR/RV decision circle is finally in consensus after a dozen plus long, hard years since the USA, Inc’s US Military invaded Iraq in 2004 and devalued / replaced Iraq’s currency.

Ironically, the actual financial transition from dark to light actually was to begin in September 1996, when loaned collateral account gold was to be returned to the Hun Elders / European Sovereign. That didn’t happen due to “middle finger flip” that was the 9/11 attack, and this is why our gold backed transition has been so hard, and carried on for so damn long. Dark Nobility / Cabal leadership was simply willing to die before losing control of the world.

Well, that’s exactly what happened, they have been eliminated one by one until none of significance are now remaining. And this last white hat offense that startedSaturday night was especially swift, very bloody and tactically unrelenting. Meaning, the good guys cleaned house and the world is now free!

But much has happened since 9/11, good and bad, with a handful of first basket currencies now awaiting revaluation along with the Iraqi Dinar. In fact, the list of currencies revaluing in future baskets has grown to over forty. And what began as an innocent micro investment play based on the historic revaluation of the Kuwait’s currency back in 1993, turned into a marco geo-political, geo-financial, geo-diplomatic, geo-military game of knocking down endless rows of dominoes, one at a time.

Yet it was only after 9/11 that the good souls of the world new they had a war on their hands, as those in the know had 9/11 as the original start date for the GCR/RV. As a result, some truly heroic souls stepped forward to take on the challenge of the day, including but not limited to our own US Republic Military, Politicians & Diplomats (White Hats), Asian Hun Elders & Royal Families, European Sovereign Families and even the Eastern Orthodox Church. Together, they united, and slowly but surely, using the steady Wind of God at t heir backs and following a higher mind master plan, they began dismantling all toxic core elements of cabal control worldwide.

Literally, they took away cabal power brick by brick, until today there’s nothing left but a rubbled Tower of Babel and a failed rebellion etched in galactic history books. The anti-Christ lost folks, and the right hand of God again resumes power, replacing the left-handed species from Saturnalia (Satan).

Too spiritual? Too religious? Too much, too soon? Maybe. But speak with anyone on the front line of these hidden battle fields, and they’ll tell you straight away the GCR/RV is as much a spiritual war as it is a physical one, some will even talk of Star Wars playing out on our beautiful blue and green planet.

Now for some of us involved, we’ve been actively watching WW3 unfold, studying strategies, some of us even choose to participate to a degree, but all reading this are now emotionally invested stepping up to transition the world from dark to light and blessing the world from all of its man-made burdens. As this was the fight we all choose–all to a degree–and fight in this battle of good versus evil–pulling on the hidden rope of fate to save the soul of the world.

Sure for most, the currencies were just easy way to make a buck, and perhaps one day cash in on a free gift someone sent in the mail. Why you got into this is not the point? Being aware and conscious of this experience is of much greater importance… as you are not only living history unseen to most everyone else alive in your species, but you’re also participating in creating change, and sculpting the future of mankind after your redemption appointment.

That’s pretty freaking cool if you stop and think about it!

That said, many of you are struggling to cross the GCR/RV finish line. Limping even crawling would be a kinder description for some. Many of you are broken, beaten, discouraged, hopeless, even destitute. Yet everyone is experiencing some kind of hardship right along with you. Yes, some are suffering just as badly with their finances, their health, loss of dignity and reputation, family and spousal respect, and basic food and shelter concerns are rampant within the currency holder collective… just know you are far from being alone in your struggle to finish something you started and must complete.

So why do we continue to hold on? Why do allow this misery to remain?

Well, everyone reading this has lost something along the GCR/RV road of great and meaningful significance… as this was the price we had to pay to take part in the healing of the soul of the world. And we don’t want those sacrifices to be in vain. Our losses, our pain, our suffering contributed in some way, shape and form to this moment of transition and we want those years, months, days and weeks to matter. We want all to know, across all universes, to know that our soul paid the necessary price to become leaders in this new world, as we paid in full both in form and spirit, so all can now be hydrated in the name, love, light and abundance of God the Father.

That’s why we hold on. That’s we do what we must to cross this GCR/RV finish line. It matters. We matter. Humanity matters. As only by your own individual sacrifices, have we now collectively united together to become this unbreakable force of righteousness, strong enough to overcome any challenge the new day brings to us comeWednesday’s dawn.

Brothers and Sisters, we are steel coming out of hell’s fire, wrapped in heveanly velvet, gentle as lambs, fierce as lions. And yes, our Ascended Masters and Benevolent Guides have witnessed our sacrifices first hand, and know that collectively we are now finally ready, willing and able as a species to take the next evolutionary step, to transition into another dimension and absorb an entirely new and wonderful consciousness.

Too esoteric? Too metaphysical? Too woo-woo or out there for ya Dinarland? So what. There is but one eternal truth, and soon all shall know in this temporary moment the depth of love our shared Creator has for all of His human children. And in the currency holder’s case, it will manifest as a financial blessing of unprecedented proportion. For just as those heroic men and women met the challenge of the day post 9/11, and even those who took the beach at Normandy in June 1944 or knowingly walked into enemy fire in German fields circa the early 1900’s, our war is over, and our philanthropic moment is now.

We as an economic army of mercy are now being released and thrust out upon the world’s rubble, still very much still alive, prepared and relentlessly determined to meet the challenge that is healing the world, one soul at a time.

Today we hydrate less fear, a unified angelic battallion.
Today we prove that good always triumphs over evil.
Today we stand tall as living trophies of love’s eternal truth.
Today we reap what our sacrifices have sown.
Today we meet our soul’s destiny.
Today we ascend.

As it is written, so let it be done. Aloha Ke Akua (God is Love)