Judge Anna On the Second Amendment

Over the past month or so I have been demonized as a lot of things, but the strangest accusation of them all is that I am against the Second Amendment.
Let’s get this straight— as far as I read it, The Constitution not only guarantees the right of Americans to keep and bear arms, it infers the responsibility to do so. “Federal United States Citizens” are not afforded any such rights or responsibilities, since “Congress” acting as the plenary oligarchy in charge of the District of Columbia rules their lives, but for Americans, it’s different.

I believe that those who DON’T keep and bear arms and who DON’T step up to the responsibility to defend themselves, their neighbors, and their country, are avoiding their duty. Clearly, the shooters in this most recent violence in Paris yesterday stood around for long periods of time, just shooting innocent people, reloading, shooting some more…. if the majority of people in that theater had had guns and fired back, none of that would have been possible. The would-be shooters would have been blasted to where they were going anyway, and a lot of lives would have been saved.

We, Americans, had to carry guns in the Wild West, and it is coming back to that. There is no way for the police to be everywhere, all the time. We have to be responsible for our own safety, and as much as possible, the safety of others around us. My response is to sign myself and my family up for a refresher Gun Safety and Home Security Course, thank you, very much.

I have a lot of guns by some standards. Texans would probably laugh at my mini-arsenal and say I was short on ammo, but I have guns and I carry guns and I keep guns for a variety of situations. I have small guns to prevent carjacking and personal assaults. I have medium-size guns to prevent attacks from people and animals like dogs. I have great big honking elephant-type guns for Grizzly Bears, large caliber rifles for Moose hunting, shot guns for home security…..yes, folks, I have quite a number of guns.

That said, I am NOT in favor of forcing people to have a gun via legislation. This is supposed to be a free country. I am not here to force my morals on anybody else.

Yessir, anyone who feels that they are too unstable or inept or unable to use a gun or feel morally opposed to having a gun, should not be forced to own one. Any politician who feels the need to turn in their guns is invited to do so at the nearest police station so far as I am in concerned, and ditto all those who are afraid of guns or who are silly enough to believe in “No Gun Zones”—-obviously, they are not in touch with reality, and shouldn’t be trusted with a firearm.

One of my favorite stories comes from New Hampshire, where, not so many years ago, a member of the State Legislature proposed a tax on people who don’t keep and bear arms. His reasoning on the matter is similar to mine. We are all obligated to protect each other and those who don’t take on the responsibility to carry a weapon are impairing their ability to protect themselves and other innocent people.

Virtually everyone in Switzerland is required to have and be able to shoot a gun. The Swiss have one of the lowest crime rates in the world as a result, which always reminds me of another favorite story. The German Nazi Commander was threatening the Swiss Ambassador with invasion of Switzerland during World War II. What would happen, he mused, if he sent five million German troops over the Swiss border? Without blinking, the Swiss Ambassador replied— every Swiss would shoot five times and go home.

If we want peace and safety for ourselves, our communities, our states, our nation, and our world– we must be similarly prepared and committed to enforcing the peace, because criminals, madmen, and misled religious zealots won’t have it any other way. 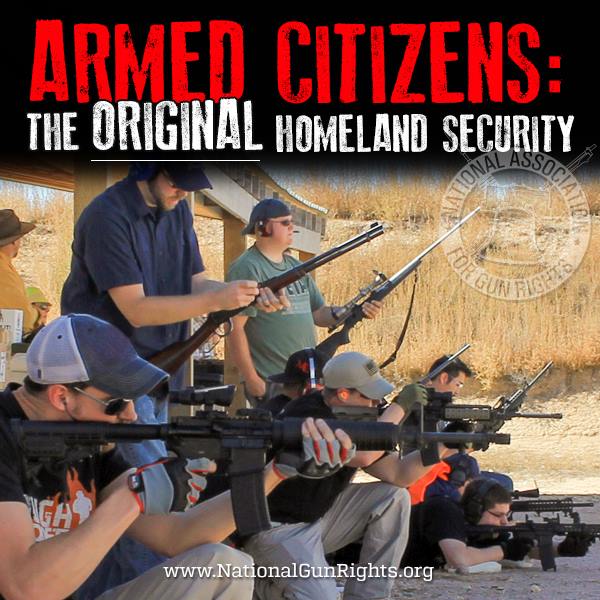 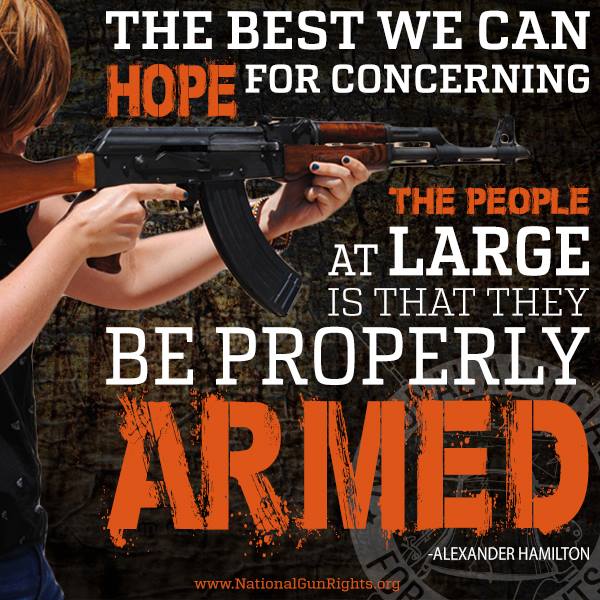 Expose them even further