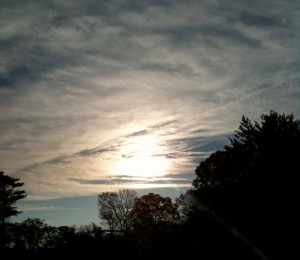 We have spoken extensibly about the disgrace that is conning people from all South, and Central America coming to the United States. It is a very lucrative business where the two zionists parties, Republican,+ and Democrats are all embedded. We get jaw dropped watching them fighting each other about the immigration issue, when it is all a theater. And not surprising it is the same with the drug smuggling.

What we were told is that the media in South, and Central America advertise for the people from these regions immigrate to the United States. They even provide assistance, that is the kind of assistance the coyotes, and or the people in charge of recruiting provide= limited. So limited the people even have to pay the coyotes for such of privilege! It is a well orchestrated plan, indeed where all the criminals win. It is treating humanity as if they are public property, typical from the banking cartels, and all politicians that have the audacity disguising as public servants when they are NOT. They are all criminals.

What we need keeping in mind is that by having these people, each is a price tag for making money. This entire process is then completed by allege USA treasury. In another way the name of each individual is a drawing money machine once they are registered within the USA.  It is call treason. The kind of treason that has to do with using a trust account, a personal trust account to withdraw money without consent. In another way, we the people are the money. And the sad thing is, that they knew the banking cartel would fall sooner than later, thus they orchestrated the immigration issues way ahead of time.

This as well was the same thing that was taking place in Europe. The same people were the ones doing this in South America! The good news are, they are buried, and they cannot do this trick any longer, and thus the situation is worse for the people that have been conned taking the trip to the United States, etc. A very sad situation that we are on the path putting an end!

We pray this people open their eyes, and do their research before believing anything the media is saying! It is better staying in your own country, and start holding accountable the perpetrators like politicians for all the corruptions, as well as the media. The people need waking up, and start making noise as loud as possible because is the only way these rats would run away for what they are. TAKE YOUR COUNTRIES BACK! fight! do not run away from being great nationalists! Demand that the original constitution from your country be enforce, and those that break the law, hold them accountable, liable, and responsible. we have had enough!