What is Monsanto Doing in Puerto Rico? 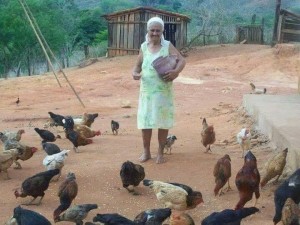 We have spoken extensibly about Monsanto, and their genocide agenda worldwide. These criminals that are owned by Bayer from Germany are the most conning of all. We have also said that they are the same criminals that are part for destroying the entire population. Yes, they are the Talmudic zionists that call themselves Jews but are not. They are the same babies killer blood sucker eating human flesh,  wars mongers, liars, pirates, traitors, pedophiles, septic worms that have infested our planet worldwide. The ones that propagate sexual immorality, and the destruction for the creation. The ones that need be cease and desist.

The people from Puerto Rico need immediately get these criminals out from the island before it destroy the entire population. Further, the politicians within Puerto Rico are just as accomplice for these crimes against their own people, which this tells us that they are part of the same mobs. They are the suppose politicians that disguise as public servants when they are NOT. They are corporal whores that sold their country to these intellectual foreigners corporal criminals for a bowl of rice. And they need be hold accountable for these crimes against the people. We have call for the dissolving of the Bayer/Monsanto empire worldwide, and we have call holding accountable the perpetrators with execution for these hideous crimes against humanity.

The people need getting together, and sign a declaration with thumbs prints, and recorded within the public record, as well as sending it to all those of concern. Wait no time and start making noise because these GMO bad seeds would spread all throughout Central America, and harming the good natural seeds from corn, rice, beans, cotton, etc., then we would have more serious issues. We hear as well that they are imposing these in Argentina, and all South America! Wake up! Burn their crops, and kick them out, as you have all the right to do so. Have courage, it is your lives you are fighting for, and that for the future generation. Farming should be left for the communities, and theirs own people within their own country.

It should never be negotiable for foreign entities, and or foreign corporations that knowingly would deliver harm for the community, and ultimately an entire country navigate influencing politicians doing atrocities as Genetically Engineered Organism=GMO. Politicians should be hold accountable for covertly negotiating with foreign entities harming their own people with the most secure things on earth for the creation thriving, as it is the food we consume. Politicians are the ultimate un-trusted people on earth. They are criminals. The saga about GMO’s fucking around with our food supply should not be a money making matter, or a venture matter. Take it for what it is. It is direct genocide against humanity. The insanity have got cease and desist immediately. And any person that does not honor moral values+ and nature should never be in the position of public servant.

Keep also in mind that government agencies, and their employees are under the people’s superiority.

For now, read labels, and do all you can to cook organic. Further, if anything have Natural Flavors, do not buy it! Natural flavors stands for ASPARTAME, that is a nerve stimulant that at the end will destroy your entire nerves system. This is very dangerous for children! Make you own sauces, juices, and etc. Also, if you have the land, grow your own garden for fresh vegetables… This as well is very healthy for our own body. Nothing like nature for ultimate health. ~LFabre