What is the White House Named After? 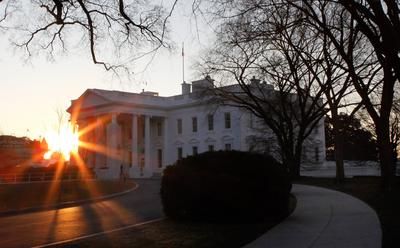 These are timeless articless to read over and over again, enjoy, and thank you Gnostic Warrior for your great contribution to the world. Much Love!

Before there was a White House in Washington D.C., there was another White House, but this particular house was situated in the far East. Also, this White House was not founded by Anglo-Saxon Freemasons such as George Washington either, but by their predecessors, the Ancient Egyptian Priesthood and the “sons of the sun,” the Pharaohs.

In Ancient Egypt their treasury was called the “White House (per-hedj) in Upper Egypt and the Red house (per-desher) in Lower Egypt.” The earliest recorded use of this name was attested from about 3000 BC, early in the reign of King Den. The Ancient Egyptian Treasury had operated just like the U.S. Treasury does today. The Egyptians would collect taxes on all lands and other property of the crown, that were then recorded in the tax-registers of the White House. However back then they didn’t accept fiat cash to pay taxes, but instead only accepted precious metals such as gold, silver, and food such as grain, cattle and also linen for clothing.

Pharoah Seth-Perisben of the 2nd Dynasty had founded the building of the “White House of Treasury.” The name Perisben is derived from per-a’a, meaning great house and ben meaning son. He was the first king of Egypt who placed the image of the god Seth (Satan) in front of his name, in place of the usual Horus falcon. It was King Peribsen who placed Seth (Satan) atop the palace façade by displaying his name, and it is this royal name that differs from the traditional practice with its connection to the deity Seth instead of Horus.

The Deity Set /sɛt/ or in Ancient Greek as Sēth (Σήθ or /sɛθ/; also spelled Setesh, Sutekh, Setekh, or Suty) is a god of the desert, storms, and foreigners in ancient Egyptian religion. In later myths Set is also the god of darkness and chaos. Set represents the power of evil and is the Lord of Hell who we call today Shaitan, Satan or the Devil. Set means “black,” and Set’s main colors are black, or red (interchangeable colors in the Secret Mysteries), which represents the underworld or infernal region of Amenta (hell). Set is also the god of foreigners. Hence, this is why the dollar today is essentially a world-wide currency for it rules foreigners from U.S. White House. 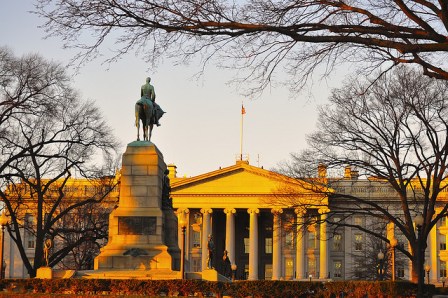 It makes sense that the Treasury was represented by Satan, or who the Egyptians had called Set because he is the Deity of  darkness and chao, via money and taxation. Set represents the power of evil and the Lord of Hell. A fact that can be witnessed in this year 2014, where many of the people on earth serve Satan by default. A world-wide magic trick via money and taxes, that enslaves people to their desires by making them disregard their souls. Thus causing darkness and chaos because they do not serve God, but they serve Set or what we call Satan and the Devil today.  We all know what Matthew said about serving two masters – “No one can serve two masters. Either you will hate the one and love the other, or you will be devoted to the one and despise the other. You cannot serve both God and money. (Mathew 6:24) Hence, you either serve one or the other.

The Red House Treasury is located in modern-day Jordan in a place called Petra. This is where a magnificent ruin called the “Al Khazneh or Khazna” can be found. It is an awesome ancient structure hewn right into the beautiful red sandstone cliffs. The name al-Khazneh is Arabic for “the Treasury” and in ancient times, this was the center of world commerce for trading between the East and the West. 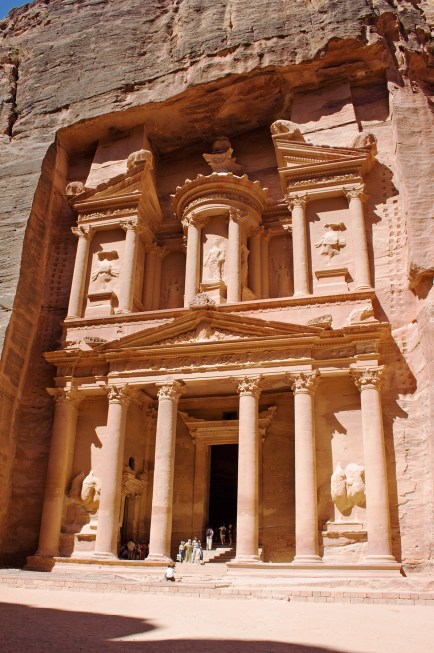 On the great Treasury of the Pharaoh in Petra is the figure of Isis as they both face the rising sun in the East. Just like the Statue of Isis does today in New York Harbor. Petra is the exact same place where Indiana Jones had searched for the Holy Grail and also where our current Commander and Chief of the “White House,” President Obama had visited.

Was President Obama just sight-seeing (coincidence) in Petra or is this prophecy playing out right before our eyes?

“And to the woman (the church) were given two wings of a great eagle (America), that she might fly into the wilderness, into her place (Petra), where she is nourished for a time, and times, and half a time, from the face of the serpent (wisdom).” – Rev. 12:14