Did you know that Washington DC was once called Rome? 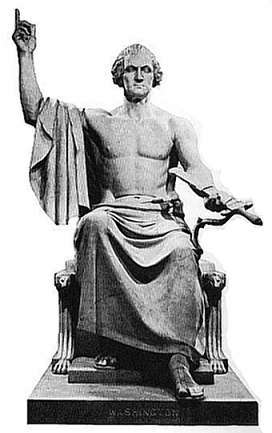 One such place happens to be built on seven hills and is the capital of the United States of America, Washington DC. Not many people are aware of the fact that before this city got its current name of Washington DC, the capital was simply named after that other city on seven hills, Rome. Yes, that Capital that holds our Senate with the Roman Eagle and Roman Fascias to this current day is in fact an extension of what once was thought of has fallen, the Roman Empire.

What this means in simple terms is that yes, the Roman Empire did in fact fall in 476 AD when Odoacer, the Barbarian Germanic General deposed Romulus Agustulus, but that doesn’t mean the Roman way completely died in this 5th century takeover. Often when one Empire falls, the intelligent new conquering King and empire just doesn’t throw the old Roman baby out with the old bath water or destroy the entire old Roman system in order to have to painstakingly create a new Anglo Saxon one. No, they simply take things over and sometimes this is as easy as taking one crown off of a deposed headless kings body and placing that same crown on their new royal heads. They even make clever family alliances in the old empire with their old enemies to further the goals of the newly formed empire.

This may come as a shock to many people who are not educated on the history of the world or the founding of America, but shock of our ignorant belief system is exactly what happens during the Apocalypse. These veils that are being torn down to expose uncomfortable truths and a light that may blind those who do not want to see the light. If this is you, you may want to click the back button on your internet browser button to get out of here or at the very least, put on a pair of sunglasses because this light of this truth is so bright, you’ve got to wear sheople shades.

What is really amazing is that this information is easily found on Wikipedia;

In 1663, the property that would become the Capitol’s site was inscribed in the Maryland property records as “Rome,” its owner a man named Francis Pope. The southern boundary of this property was shaped by a river named for the river that runs through Rome, Italy, the Tiber.

The community was part of the ten mile square tract of land which would become the American capital Washington, D.C., and its owner, Daniel Carroll, transferred the community to the federal government after the amendment to the United States Constitution sanctioning the building of the new United States capital city was ratified.

Daniel Carroll was the chairman of a three-man commission appointed by President George Washington to find a suitable location for the capital city. A signer of the Declaration of Independence, Daniel Carroll was a Roman Catholic educated by Jesuits in Maryland and France. His brother John Carroll became the first Catholic bishop in America, presiding over the See of Baltimore, which included Washington, D.C. John Carroll also founded Georgetown University.

The facts that Washington was once called Rome was also revealed in the most recent block buster book and upcoming movie by Dan Brown called the Lost Symbol. Therefor, this Revelation is going to become common knowledge in the coming years.