Why do we Celebrate July 4th? 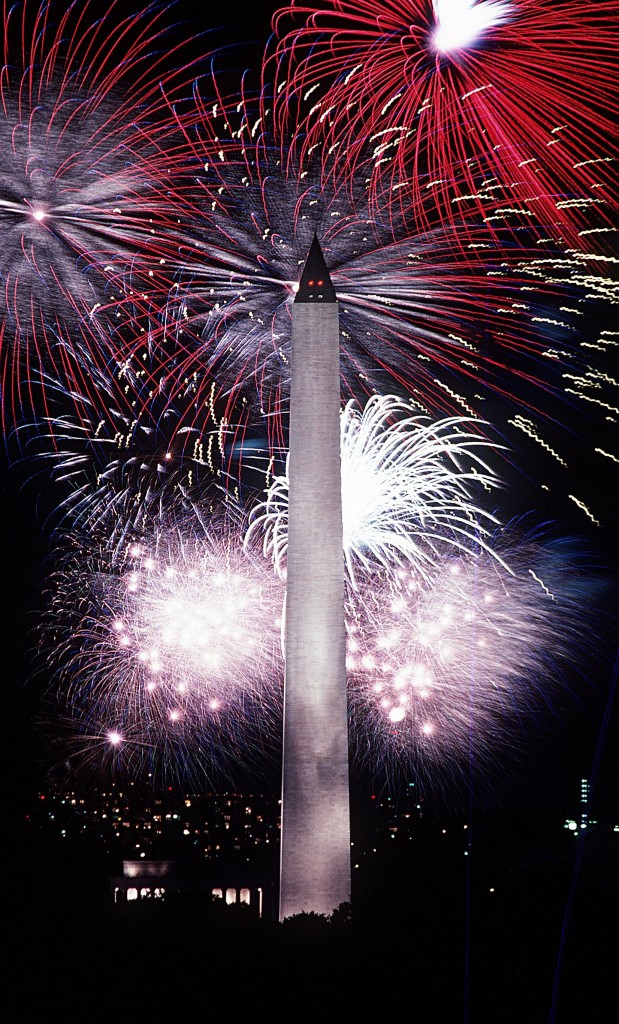 July 4th, 13 B.C. is when the “Cult of the Divinity of Peace,” under the rule of Augustus Caesar via Pax Augusta (Peace of Augustus) was stablished.

In America, we celebrate the date of our independence from Great Britain on July 4th. Everyone loves this American celebration with all the food, fireworks and big bangs, but very few people know the true hidden occult significance of this date.

The reason we have fireworks on days such as the Fourth of July is because this is how the Universal Brotherhood likes to celebrate new creations that symbolize a new beginning. A new chapter or era and the end of an old one; for god said, “Let there be light and so there was light.” Our New Year’s Eve celebrations that end an old year and start a new one are celebrated with fireworks and our birthdays that signify our beginning day where we “see light” in this life are also celebrated yearly on the same day with candles that resemble fireworks.

July 4th is a very important day not just for American Independence, but also because this date coincides with the ending of an era of the Old Testament under the rule of Yahweh, to form a new Age under the rule of Universal Brotherhood (Catholic Church) with Jesus Christ as the cornerstone. A new beginning on July 4, 13 B.C. created under the New Testament (New Law) and more recently in the year 1776, we Americans celebrate July 4th as the formal day in the creation of what we know of today as the U.S.A. Inc.

The Brotherhood who some call the Illuminati, the elite or The Powers That Be (TPTB) have always been big into numerology and honoring historic dates that hold special significance to their history. These dates become magical moments in time, to be honored for eternity. Take for example the date of July 4th. This date goes back much further than 1776 and American Independence. When you see these connections with numbers or significant dates, you can be certain that they are not made by coincidence, but by prophecy.

In studying July 4th throughout “modern history,” you will find that this day is one of the most significant dates in the last 2,000 plus years, for mainly one reason; that reason is the date of July 4, 13 B.C.

A date that signified the return to Rome of Augustus Caesar from Spain and Gaul, where he had helped unite these countries with Rome into a Universal Brotherhood. A day in which all other religious orders, secret societies, cults and rogue elitist families were essentially banned forever. This date had signified the beginning of a new era that we know of today as the 6th Age. An age where Augustus  Caesar who would later become Pope who was and is heaven bent on bringing peace to the world via the sword.

This New Age created by the High Priest of Jupiter Amon (Amen), Augustus Caesar, and his trusted confidants known as the Priests of Jupiter Amon (Avral Brothers of Flamen Dialis). This 13 B.C. homecoming is when the Roman Senate had voted to erect an altar to Augustus Caesar called the Pax Augusta (Peace of Augustus), or more often called, Pax Romana (Latin for “Roman peace“). This decree was dated July 4, 13 B.C. with the laying of the cornerstone as seen in Matthew 21:42  – Jesus said to them, “Have you never read in the Scriptures: “‘The stone the builders rejected has become the cornerstone; the Lord has done this, and it is marvelous in our eyes’? But the dedication did not take place until January 30, 9 B.C. A date that may coincide with our current New Years on January 1st, that we of course all celebrate with fireworks, or should I say a big bang?!

Tacitus, a priest in the Brotherhood had said; “The reverence due to the gods was no longer exclusive. Augustus claimed equal worship. Temples were built and statues were erected to him; a mortal man was adored; and priests and pontiffs were appointed to pay him impious homage.”

During the time of the Caesars in Rome, Jupiter was served by the patrician Flamen Dialis, the highest-ranking member of the flamines; a college of fifteen priests ‘who were part of the Pontifical College that had administered the Roman Religion. The word ‘Flamen’ meaning high priest. The high priest became known as Pontifex Maximus or who we call today, ‘The Pope,” and The first Pontifex Maximus of this 6th Age was no other than Augustus Caesar.

Other important clues to these July 4th 13 B.C. connections between Rome and the U.S.A. are easy to find if you have an eye to see. For example, we have the first Thirteen Colonies of America and the numerology connection to the date of 13 B.C. It was the famous Freemason and our first President, George Washington who laid the cornerstone to the United States Executive Mansion (known as the White House since 1818) on October 13th, 1792. In 1800 on the very same day, October 13th, President John Adams had moved into the newly constructed President’s House, or what we know of as the White House. Lest we not forget that the Knights Templar were arrested in France on Friday the 13th and later burned at the stake at the orders of Phillip the Fair.

Isaiah 28:16  – So this is what the Sovereign LORD says: “See, I lay a stone in Zion, a tested stone, a precious cornerstone for a sure foundation; the one who relies on it will never be stricken with panic.

Another apocalyptic connection would be the simple fact that our nation’s capital, Washington D.C. was once called Rome. Imagine that? Rome, Maryland was the original name of a community within Prince George’s County, Maryland, which would eventually become Washington, District of Columbia. Specifically, Rome was the original community name of Capitol Hill, upon which the United States Capitol Building sits. This fact is also revealed in the most recent block buster book and upcoming movie by Dan Brown called the Lost Symbol.

These Apocalyptic Revelations may be unbelievable to some of you, but please keep in mind, that is the reason why the Brotherhood had set up the world in this confusing fashion. A Babylonian plan made to confuse and mislead the masses. A Tower of Babble that makes your ignorance of these hidden occult matter perfectly understandable because that is the whole point of our current system.

To hide in front of your face that which is most important to the Brotherhood. Jesus said, “Know what is in front of your face, and what is hidden from you will be disclosed to you. For there is nothing hidden that won’t be revealed.” It is meant to place a veil from the profane over the true reality in which they live or should I say, “Choose to live?” A necessary falsity of man-made darkness, so one day there can truly be light and peace on earth for eternity, or what the Brotherhood calls “The Heavenly Homeland.”

As they say, “It is always darkest before the dawn,” and something tells me that it is almost time for the morning star to rise again*************