The English word pharmacy is derived from the Greek word for sorcery, pharmakeia. Pharmakeia and its related word forms 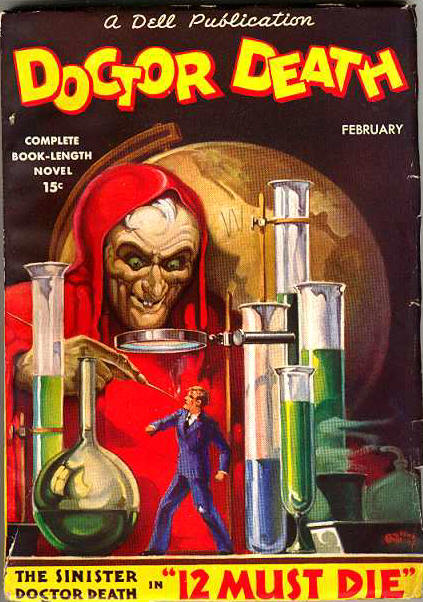 The meaning of the word sorceryis “The use of magic, especially black magic. Its synonyms are witchcraft – magic – witchery – wizardry – spell.

It is said that each year in the United States, more people die from the legal drugs they are prescribed by a doctor and then purchased from the pharmacy, than illegal drugs sold on the streets. Each year, 100,000 Americans die from the “side affects” of prescription drugs; this number does not include over doses or mistakes made by doctors who give the wrong medication to their patients.

Pharmakeia and its related word forms appear four times in theBook of Revelation as follows:

Revelation 9:21 Neither repented they of their murders, nor of their sorceries (Pharmakeia), nor of their fornication, nor of their thefts.Revelation 18:23 And the light of a candle shall shine no more at all in thee; and the voice of the bridegroom and of the bride shall be heard no more at all in thee: for thy merchants were the great men of the earth; for by thy sorceries (Pharmakeia) were all nations deceived.Revelation 21:8 But the fearful, and unbelieving, and the abominable, and murderers, and whoremongers, and sorcerers (pharmakon), and idolaters, and all liars, shall have their part in the lake which burneth with fire and brimstone: which is the second death.Revelation 22:15 For without are dogs, and sorcerers (pharmakeus), and whoremongers, and murderers, and idolaters, and whosoever loveth and maketh a lie.

The great alchemist of the Renaissance, Paracelsus, sometimes called the father of toxicology, wrote:

German: Alle Ding’ sind Gift, und nichts ohn’ Gift; allein die Dosis macht, daß ein Ding kein Gift ist.
“All things are poison, and nothing is without poison; only the dose permits something not to be poisonous.”

“The dose makes the poison.”

(SORCERER) One who deals with evil spirits or one who co-operates with Satan in drugging or deceiving the people. – www.revelation-today.com/Glossary.htm

the belief in magical spells that harness occult forces or evil spirits to produce unnatural effects in the world. – wordnetweb.princeton.edu/perl/webwn