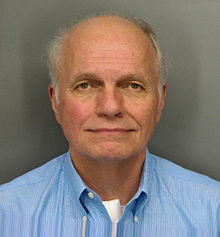 The highest paid climate change “expert” in the country says he did it out of “greed” and also “got a rush” out of lying.

The United States’ highest paid climate change expert has been sentenced to 32 months in federal prison on fraud charges.

Beale drew a $200,000 plus salary per year and regularly traveled around the world staying high end hotels – all at the taxpayer’s expense – while claiming to be saving the world from global warming as well as working for the CIA on covert assignments.

nbcnews reports:
“Why did I do this? Greed – simple greed – and I’m ashamed of that greed,” Beale told the court. He also said it was possible that he got a “rush” and a “sense of excitement” by telling people he worked for the CIA. “It was something like an addiction,” he said.
Beale pled guilty in September to bilking the government out of nearly $1 million in salary and other benefits over a decade.

Prosecutor Jim Smith said Beale’s crimes made him a “poster child for what is wrong with government.”