To Those To Whom It May Concern 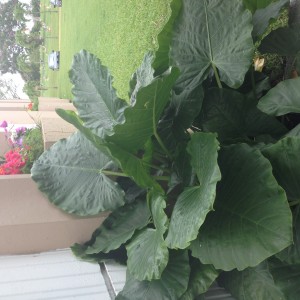 WE are not going to waste time to send a message on the first week of this year to the power that were (t p w) and or the alleged United States of America Inc (Minor) /UNITED STATES INC/UNITED NATIONS/incorporate FEDERAL GOVERNMENT and or all of its employees that are working (providing stipulated services to us under contract) within the land of the united States of America(Mayor), the continent/country that have nothing to do with the alleged said corporations from Washington DC and its territories abroad like in Puerto Rico, Guam, and Virgin Islands that we, the people of this continent know and or are aware of all the frauds committed by the oligarchs across the globe and especially those from Washington DC that disguise as government and or representative of the people when in truth/facts they are only representing themselves(their corporations such as Monsanto and or Burger King…) and their alleged CEO that have the illusion he is the president of the entire Republic with its confederates states. And that by knowingly and deliberately has been enforcing propagandas and lies outside of his/ their own jurisdiction that is only within their ten square miles within Washington DC and its territories as we mentioned above in order to deceives us of the crimes they’ve been committing for far too long to the citizens of this country and our resources, and including other countries.

WE are not corporate citizens, and the dirty little secrets are all out for everyone to see.

TO the attention of all the employees of the alleged UNITED STATES OF AMERICA INC (corporations) AND OR ALLEGED FEDERAL GOVERNMENT such as: the vermin’s in black suits call federal judges, alleged BAR attorneys (that are the criminals behind the scenes calling themselves banks, and or collecting agencies), counties clerks and their assistants, attorney treasury, attorneys’ generals, governors, and last but not least all corporates sheriffs that traded their liberty for a bowl of porridge along with their gangs of outlaw criminals across the country that take pride in abrogating the lives of private citizens for profit. To you we say:

THE jig is up and you are ceased and desist from any longer assume and presume that we the people of this country are under your corporate jurisdiction and or that we are debtors to your own negligence and or your own corporate bankruptcy that happened many years ago, treating us as terrorists, and or under acts of war. To assume and presume this is admitting to your own crimes, and we the American people are not any longer subject to your crimes of embezzlement of credit, willful identity theft, inland piracy, currency manipulation, obstruction of bankruptcy, malfeasance, invasion, abrogation, usurpation, and as unlawful restraint of trade accomplished by personage and enforced by barratry by the perpetrators of these schemes whether foreign or domestic.

YOU are ceased and desist from grabbing any inland territory, build any more fast-food restaurants, more high-rises condominiums across communities, and our oceans shores; assume that we owed you any home loan mortgages so you can depose citizens of their own properties and hard working labor, assume that we owed you any taxes because we do NOT and for a fact and according to law never had to; take our children to put them in Foster Homes and or use them for pedophilia, and or sacrifice them under black magic to satisfy the greed of your elite class; false arrests of civilians for profit; corporate police gangs and or identity theft for profit, genocide, murdering, drug trafficking, pollution of environment and vital resources; animals extinction; force vaccination for profit all across the nation, especially to immigrants, school children, and elderly; implant of microchips computer especially to young adults for full control of the individual; all in complete violation, invasion, diminishing, extortion, usurpation, and abrogation of us the American people.

YOU are outlaw criminals in contempt of public law policies of the law of this Nation and the American people.

YOU ARE NOT A GOVERNMENT, NEVER WAS AND NEVER WILL. Your agencies are not the people government, nor a position in an agency gives you/them power of attorney over anyone! WHEN did the American people gave you/them, the alleged corporations of the United States of America Inc and or the alleged corporate FEDERAL GOVERNMENT knowingly and willingly and under a contract the authority to have power of attorney over their lives?

IF you are making this up through assumptions and presumptions then you are admitting to your own crimes.

Washington DC and the alleged UNITED STATES OF AMERICA INC(MINOR) along and or the alleged FEDERAL GOVERNMENT INCORPORATED do not have any legal or lawful authority to be giving order and or infringing the affairs of the American people not even two feet out of their ten square miles of Washington DC, none whatsoever, and we the American people are more than sick to think that your illusion is for real along with your theatrical performances of tyranny, invasion, violation, propagandas, malfeasance, and deceits.

WE want you to stop the madness, give back our lands that you have taking without any authority, leave us in peace, and pack your bags to your own jurisdiction before our next step, as it it obvious.

AND last but not least, you are dissolved/defaulted since 2012. YOU have no charter to respond for you thus at this moment you are rampant criminals that anyone and or any citizen can seize your buildings and or shoot at any time at you without prejudice.

WE the American people want back what it was taking from us, we the American people do not need to have in our land rampant, hungry, homeless, and sick citizens on the streets because of YOU hungry greedy bastards that named yourselves the “chosen ones” then having us the people under acts of war, your debtors and slaves.

ANY federal employee offering to harm or interfere in the normal occupations of their employers, that is, the people of this country, or to prohibit their employer’s customary use of the land and resources they are heir to is acting as an Outlaw in contempt of the Public Law and the actual Constitution and is subject to arrest under the Bounty Hunter provisions of the United States Statutes-at-Large;

WHOEVER, having devised or intending to devise any scheme or artifice to defraud, or for obtaining money or property by means of false or fraudulent pretenses, representations, or promises, or to sell, dispose of, loan, exchange, alter, give away, distribute, supply, or furnish or procure for unlawful use any counterfeit or spurious coin, obligation, security, or other article, or anything represented to be or intimated or held out to be such counterfeit or spurious article, for the purpose of executing such scheme or artifice or attempting so to do, places in any post office or authorized depository for mail matter, any matter or thing whatever to be sent or delivered by the Postal Service, or deposits or causes to be deposited any matter or thing whatever to be sent or delivered by any private or commercial interstate carrier, or takes or receives therefrom, any such matter or thing, or knowingly causes to be delivered by mail or such carrier according to the direction thereon, or at the place at which it is directed to be delivered by the person to whom it is addressed, any such matter or thing, shall be fined under this title or imprisoned not more than 20 years, or both. If the violation occurs in relation to, or involving any benefit authorized, transported, transmitted, transferred, disbursed, or paid in connection with, a presidentially declared major disaster or emergency (as those terms are defined in section 102 of the Robert T. Stafford Disaster Relief and Emergency Assistance Act (42 U.S.C. 5122)), or affects a financial institution, such person shall be fined not more than $1,000,000 or imprisoned not more than 30 years, or both;

WE are asking Creator and the company of heaven to aid us to manifest this as soon as possible and through the ones that are in charge of the Global Trust Account for everyone. Many are the ones needing of their daily needs, and without this it is impossible to think of anything else including being thinking about ascension and or spirituality when our bodies are being depleted of the basic necessities as that of food to eat, and a roof over our heads, beside being under pressure from the rampant corporate police gangs/mafia everywhere that are on the lookout to send anyone and or civilians to jail even for such crime as breathing, and or kill us for no reason.

WE want actions now, and we want results now and not next year. Pay Pal for example is ready to run our deposits through our own banking system for example.

ENOUGH of the f*&%#g slavery; and let us all take their corporates buildings and jails to create homes for the homeless, and recreation facilities for everyone, along with arms of defense for every citizen and or every household in this nation to defend ourselves from the perpetrators that are nothing more than outlaw criminals and or mercenaries terrorists on the streets of every city within this nation in contempt of public law policies and working for alleged corporations managed by “corporates judges and or vermin’s in black suits” that are employees of the alleged federal government, among others.

AND that disguise themselves as public officials of the American people from their Corporate COURTS, and the high-rises offices furnished with all the commodities the earth resources can produce, paid with the hard working labor of the American people, and that are owned by the alleged British Accredited Registry (or the BAR) owned by each and every attorney(s) everywhere you look around-all working in unison to screw us all and or bring charges against us ( as if they have the authority to do so) inclusive of the lowest of of all, deposing us of our homes and properties; kill us for the purpose to collect the life insurance they/the county already and along with the probate court purchased on each and everyone of us; jailing for profit as we said, even if it is spying on us when we are driving and or monitoring the speed we drive… the air we breath… how many farts we had during the day…etc, etc. ALL done with the intention/fact of stealing from our Global Collateral Trust Account knowingly and deceivingly and that of a double whammy without our knowledge and without our consent and authority.

WHO ARE THE CRIMINALS HERE?

NO THIS IS NO VIOLENCE. THIS IS CLEANING HOUSE OF WHAT NO LONGER SERVES US.

Note: And for those that are ignorant and or brainwashed of what is and or has been taking place in this country, we do not have time for your ignorance, step aside.

So be it be it so
~from we the people