You are the Center of the Universe 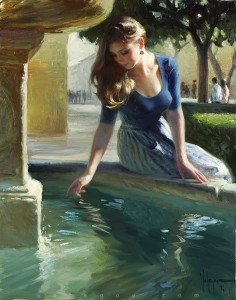 But there’s a tiny problem: The entire universe appears to be designed for us, not just at the microscope scale of the atom, but at the level of the universe itself. We’ve discovered that the cosmos has a long list of traits that make it appear as if everything it contains—from atoms to stars—was tailor-made just for us. Many are calling this revelation the “Goldilocks Principle,” because the cosmos is not “too this” or “too that,” but rather “just right” for life. Others invoke “Intelligent Design” because they believe it’s no accident the cosmos is so ideally suited for us, although the latter label is a Pandora’s Box that opens up all manner of arguments for the Bible, and other topics that are irrelevant here, or worse.

At the moment, there are only two explanations for this mystery. One is to say, “God did that,” which explains nothing even if it is true. The other is to invoke biocentrism or the Anthropic principle, several versions of which strongly support each other.

It’s clear that if the Big Bang had been just one part in a million more powerful, the cosmos would have blown outward too fast to allow stars and worlds to form. Result: No us. Even more coincidentally, the universe’s four forces and all of its constants are just perfectly set up for atomic interactions, the existence of atoms and elements, planets, water and life. Tweak any of them and you never existed.

Such life-friendly values of physics are built into the universe like the cotton fabric woven into our currency. The gravitational constant is perhaps the most famous, but the fine structure constant is just as critical for life. If it were just 1.1 or more of its present value, fusion would no longer occur in stars. Or consider the electromagnetic force. The great physicist Richard Feynman said “All good theoretical physicists put this number up on their wall and worry about it. Immediately you would like to know where this number for a coupling comes from…Nobody knows. It’s one of the greatest damn mysteries of physics: a magic number that comes to us with no understanding by man. You might say the “hand of God” wrote that number, and “we don’t know how He pushed his pencil.” …we don’t know what kind of dance to do on the computer to make this number come out, without putting it in secretly!”

It amounts to 1/137 when the units are filled in, and facilitates the existence of atoms and allows the entire universe to exist. Any change in its value and none of us are here.
Mustn’t our theories explain why we live in such a highly unlikely reality? Some say, since we’re here the universe HAS to be the way it is and therefore isn’t unlikely at all. Case closed.

Such reasoning is known as the “weak” Anthropic Principle. The “strong” version says that the universe MUST have those properties which allow life to develop within it, because it was obviously `designed’ with the goal of generating and sustaining observers. But without biocentrism, the strong anthropic principle has no mechanism for explaining why the universe must have life sustaining properties. Going further, physicist John Wheeler (who coined the term “black hole”) advocated what is now called the Participatory Anthropic Principle: Observers are required to bring the universe into existence.

Wheeler’s theory said that any pre-life Earth would have existed in an indeterminate state, like Schrödinger’s cat. If the universe is in a non-determined state until forced to resolve by an observer, then the constants have to resolve in such a way as to allow life. Biocentrism builds upon Wheeler’s conclusions and provides a solution to the anthropic problem that’s more reasonable than any alternative.

Some guardingly embrace the weak anthropic version and claim that small changes to the properties of the universe could have easily produced a universe in which we wouldn’t be here. Ah, but the point is: It didn’t, and couldn’t.

Critics charge that the weak Anthropic Principle is circular reasoning. Philosopher John Leslie, said “A man in front of a firing squad of one hundred riflemen is going to be pretty surprised if every bullet misses him. Sure he could say to himself, `Of course they all missed; that makes perfect sense, otherwise I wouldn’t be here to wonder why they all missed.’ But anyone in his or her right mind is going to want to know how such an unlikely event occurred.”

Biocentrism provides the explanation for why all the shots missed. If the universe is created by us, then no universe that didn’t allow for life could possibly exist. The mystery of the goldilocks universe goes away, and the critical role of life and consciousness in shaping the universe becomes clear.

So you either have an astonishingly improbable coincidence revolving around the indisputable fact that the cosmos could have any properties but happens to have exactly the right ones for life, or else you have exactly what must be seen if indeed the cosmos is biocentric. Either way, the notion of a random billiard-ball cosmos that could have had any forces that boast any range of values, but instead has the weirdly specific ones needed for life, looks impossible enough to seem downright silly.

And if this seems preposterous, consider the alternative, which is what contemporary science asks us to believe: That the entire universe, exquisitely tailored for our existence, popped into existence out of absolute nothingness. Has anyone offered any credible suggestion for how we suddenly got a more than a trillion trillion trillion tons of matter from—zilch? Has anyone explained how dumb carbon, hydrogen, and oxygen molecules could have, by combining accidentally, become sentient —aware! —and then utilized this sentience to acquire a taste for hot dogs and the blues? How a random process could mix those molecules in a blender so that out would pop woodpeckers and George Clooney? Or explain how atoms can re-arrange themselves so that they acquire self-awareness and a loathing for macaroni salad?

Is it not obvious that science only pretends to explain the cosmos on its fundamental level? By reminding us of its great successes at figuring out the mechanics of things, and fashioning marvelous new devices, science gets away with patently ridiculous “explanations” for the nature of the cosmos as a whole. If only it hadn’t given us HDTV and the George Foreman grill, it wouldn’t have held our attention and respect long enough to pull the old three-card-monte when it comes to these largest issues. 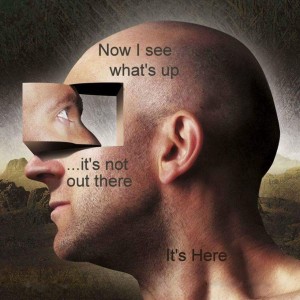 Unless one awards points for familiarity and repetition, a consciousness-based universe scarcely seems far-fetched when compared with the alternatives. According to biocentrism, what we perceive as reality is a process that involves our consciousness.

The universe is simply the complete spatio-temporal logic of the self. The behavior of subatomic particles—indeed all particles and objects—are inextricably linked to the presence of an observer. The universe is fine-tuned for us, which is only explainable if we create the universe, not the other way around.

You really are the center of the universe.