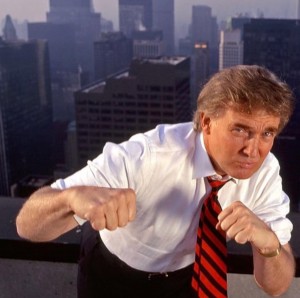 All Information (Except Text)

Listen to this page

Bill summaries are authored by CRS.

(Sec. 2) This bill expresses the sense of Congress that section 230 of the Communications Act of 1934 was not intended to provide legal protection to websites that unlawfully promote and facilitate prostitution and websites that facilitate traffickers in advertising the sale of unlawful sex acts with sex trafficking victims. Section 230 limits the legal liability of interactive computer service providers or users for content they publish that was created by others.

(Sec. 3) The bill amends the federal criminal code to add a new section that imposes penalties—a fine, a prison term of up to 10 years, or both—on a person who, using a facility or means of interstate or foreign commerce, owns, manages, or operates an interactive computer service (or attempts or conspires to do so) to promote or facilitate the prostitution of another person.

Additionally, it establishes enhanced penalties—a fine, a prison term of up to 25 years, or both—for a person who commits the offense in one of the following aggravating circumstances: (1) promotes or facilitates the prostitution of five or more persons, or (2) acts with reckless disregard that such conduct contributes to sex trafficking.

A person injured by an aggravated offense may recover damages and attorneys’ fees in a federal civil action.

A court must order mandatory restitution, in addition to other criminal or civil penalties, for an aggravated offense in which a person acts with reckless disregard that such conduct contributes to sex trafficking.

A defendant may assert, as an affirmative defense, that the promotion or facilitation of prostitution is legal in the jurisdiction where it was targeted.

The amendments apply regardless of whether alleged conduct occurs before, on, or after this bill’s enactment.

(Sec. 7) This section states that this bill does not limit federal or state civil actions or criminal prosecutions that are not preempted by section 230 of the Communications Act of 1934.

(Sec. 8) The Government Accountability Office must report to Congress on information related to damages and mandatory restitution for aggravated offenses under this bill.

Statement from the Press Secretary on the Senate Passing H.R. 1865

President Donald J. Trump applauds the Senate for passing H.R. 1865, the Allow States and Victims to Fight Online Sex Trafficking Act.  This bipartisan piece of legislation takes an important step forward in fighting the despicable act of human trafficking.  The legislation empowers Federal, State, and local prosecutors to hold websites accountable for supporting the sale of sex trafficking victims.   Over the last year, the President and his Administration have worked closely with Members of Congress, industry experts, and human trafficking survivors to develop a comprehensive series of bold actions, including this legislation, to end modern slavery in all of its forms.  The President and his entire Administration are firmly committed to holding those who participate in these horrific crimes accountable, and look forward to continued work with these stakeholders in order to put an end to this scourge.