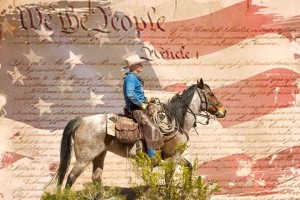 Be it known to one and all, both living and dead: Karen Hudes is proposing that our gold be used to pay off the debts represented by Federal Reserve Notes— that is, that we should pay for the odious debts of those who have defrauded us. This is to our knowledge the fifth such scheme Ms. Hudes has proposed. We living beneficiaries of the assets on deposit with the World Bank/IBRD and with the International Monetary Fund/IMF owed to the States of America and the free sovereign and independent people of the United States who also have beneficial interest as donors with respect to assets secondarily on deposit with the “Global Debt Facility” administered by the World Bank Board of Governors depose the following to be Material Fact established by Public Record:

(1) The World Bank/IBRD were Secondary Creditors in the 1933 Bankruptcy of the United States of America, Incorporated;  (2) Upon settlement of the bankruptcy of the United States of America, Incorporated, the World Bank/IBRD knowingly received gold and other assets belonging to the Priority Creditors— who are and who have always been the “free sovereign and independent people of the United States” and their unincorporated States of America; (3) The gold reserves contained in the Global Debt Facility and other accounts administered by the World Bank/IBRD and International Monetary Fund/IMF known as the “Infinity Accounts” were obtained at least in part as a result of illegal confiscations of privately held gold carried out by the Administration of Franklin Delano Roosevelt, promoted under inequitable exchange, duress and indemnity, followed by identity theft, falsification of political status records, and reverse trust and fiduciary trust fraud; (4) The American gold and other assets such as credit and titles to land together with reasonable interest is owed as an inheritance to the living American people and their unincorporated organic states from which the gold was obtained;  (5) Ms. Karen Hudes has been informed that there is no Constitutional authority allowing for any officials or agents of the Federal United States –including Federal State and Federal County Officials– to receive assets in behalf of the living people and the unincorporated states; she has also been informed that there is no agreement on the part of the lawful beneficiaries allowing the World Bank/IBRD/IMF to use our gold to pay for, buy back, or otherwise collateralize Federal Reserve Notes, United States Notes, or any other private bank script; The Board of Governors and Executive Directors have ten (10) days plus three days mailing time from the mailing date of this Final Notice to rebut the truth of the five (5) statements above, or they shall stand as Truth in Commerce and self-enforcing international law creating an effective and collectible commercial obligation lien against the Global Debt Facility, the World Bank/IBRD, and International Monetary Fund/ IMF for the assets valued at $370 billion United States Dollars and interest due, payable immediately in full, as well as establishing our collateral claim on the land assets of the Continental United States owed to the United Colonies and the States of America however these assets may now be represented, defined, en-titled or accounted and in the possession of the respective banks;  We have specifically directed Ms. Hudes that it is our Will to use our gold to back our own national currency, the actual United States Dollar, defined as one ounce of fine silver, and that General Joseph F. Dunford, Jr., is hereby appointed to act as our Fiduciary Deputy in this matter and is uniquely enabled to receive the gold, titles, and other assets owed to the American people and is obligated to safely convey and secure these assets for our intended use by his receipt of them; We note that the Federal United States and the UNITED STATES are in Commercial and Administrative Default with respect to us and our estates and we specifically give Notice to the Board of Governors and the Board of Executive Directors of the World Bank/IBRD and to the International Monetary Fund/IMF of this fact.

There can be no presumption against us nor against our organic united states nor our unincorporated States of America, no claim that we stand as sureties in behalf of any incorporated entity and no assumption of contract, and our receipt of any gold under this or any other distribution in no way removes, releases or impairs our claim to these or any other or additional assets or remedies we are owed; We have been the victims of institutionalized fiduciary trust fraud and criminal Breach of Trust which must now be addressed.

The Members of Congress who have voted themselves and their own plenary government a “dollar for dollar” fixed exchange rate for private bank notes, that is, Federal Reserve Notes — I.O.U’s —as pretended equitable exchange for our actual United States Dollars defined as one ounce of pure silver, have acted in breach of trust and contempt of the Constitution; their inequitable claims, acts, and debts stand null and void, ab initio, repudiated as odious debt accrued as the result of purposeful constructive fraud;  Any bank that continues to exchange “Federal Reserve Notes” for actual assets upon the presumption that the American people and the American states are standing as surety, or presumes that the American people are willingly engaged in this fraud, acts as an accomplice to gross constructive fraud and breach of trust imposed by monopoly inducement practiced against the innocent American people and their organic states on the land. Any court or international organization extending bankruptcy protection to the Federal Reserve is similarly supporting and participating in this same fraud;  A Declaration of Joint Sovereignty has been issued by the States of America and Indigenous Tribal Governments of the Native American Nations and addressed to the United Nations, together with updated Sovereign Letters Patent. More than 500 million United States Silver Dollars remain in circulation, all fifty (50) unincorporated States of America are in operation, an estimated 360 million Americans claim their lawful birthright political status as organic states of the union and free sovereign and independent people of the United States; they are all beneficiaries and heirs and are owed their complete inheritance plus return of all donations held in trust, free and clear of any debt, lien, encumbrance or presumption of contract or presumption of debt assumption.

Any claim that the free sovereign and independent people of the United States are “stateless” is unconscionable and this Notice of the fact has been served;  This Final Notice of Commercial Obligation Lien is issued upon this Fourth Day of January in the year 2016 for the causes enumerated by the living heirs and beneficiaries known as Anna Maria Riezinger and James Clinton Belcher from without the United States, without representation, claiming their natural political status as free sovereign and independent people of the United States and as organic states of the union having reached the age of majority, being of sound mind and body, not indigent, not bankrupt, not penniless, not needy, and by no other means nor manner incapacitated, limited, obligated or under duress of any kind; we direct the trustees of the World Bank/IBRD and International Monetary Fund/IMF to immediately settle and balance all accounts and return all American gold and collateral assets owed to the American people upon release to General Joseph F. Dunford, Jr., upon his acceptance of it as our appointed Fiduciary Deputy, for use as collateral backing our actual money, the United States Silver Dollar, defined as one ounce of pure silver.

Ban Ki-Moon, Secretary General of the United Nations ————————————- See this article and over 100 others on Anna’s
~Judge Anna Von Ritz

Note: Judge Anna Von Ritz is not a Federal Court Judge in case some people are not aware of this. Federal Court Judges are in plain and simple Vermins in black suits committing crimes of treason by violating cannon law, constitutional law, and treaties of national and international law in the land of the nation of the united States of America, the Continent.

Federal judges and the public courts are in default since 20012, meaning that they are at this moment rampant criminals that anyone can shoot at them without prejudice, and yes this includes county clerks, sheriffs, attorneys, and attorneys generals to name a few.
We are not encouraging violence, we are just informing to those that have eyes to see and ears to hear that grand are the changes taking place and it is good to be INFORMED….As 2016 is the year where we are cleaning house…meaning getting rid of what no longer serves us.