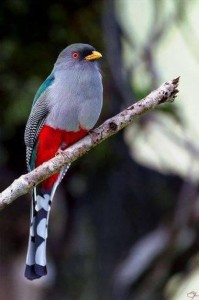 Since 1868 this country has been criminally mismanaged and misrepresented in gross breach of trust, and in violation of solemn treaties and commercial service contracts. This has resulted, among other things, in the practice of personage and barratry in American courts and on a worldwide basis.

Personage is essentially a crime of identity theft. A living man or woman is deliberately presumed to be some form of incorporated entity instead and their lawful Trade Name is trespassed upon and mischaracterized to secure this end.

Barratry is the associated crime of bringing charges against living people under the false presumption that they are in fact legal fiction entities.

The American Bar Association has practiced both personage and barratry against the American people since at least 1933. The Prima Facie evidence for this stands upon the court records of every maritime and admiralty court allowed to dry-dock in this country.

Those entrusted to be the guardians of The Law and the purveyors of Justice have instead acted as the ring-leaders and perpetrators of a vast systemic and syndicated multi-generational crime spree, both here and abroad.

Let us observe that the only possible reason that any sane assemblage of people support the existence of courts and lawyers is to ensure that their physical safety is protected, that their property rights are respected, and that a fair means of peacefully arbitrating disputes is made readily available.

By undermining the Public Law and subverting the Cause of Justice, by openly practicing personage and barratry, by creating and then plundering public trusts and other legal fictions purposefully named after living Americans, the members of the American Bar Association have also undermined their own purported reason to exist and dishonored their profession.

We are in the process of re-venuing the governmental services back to the land jurisdiction states and new federal service providers have been named. We will not be renewing any contract with the American Bar Association or its members, with the result that anyone wishing to retain their Bar Membership will need to de-camp and remove themselves from our courthouses and public buildings no later than January 1, 2018.

Those who wish to provide honest service to the American states and people at the County and State level are invited to study American Common Law. We recommend reading Brent Winter’s book, The Excellence of the Common Law, as a starting point. Take up the necessary task of re-populating the local and state courts with competent Justices of the Peace.

Those who wish to serve or continue to serve at a federal level will be serving Federal Postal District Courts and Circuit Courts. Any need for “US District Courts” will be greatly reduced.

We recognize that there are many good and well-intentioned lawyers in this country and even a reasonable number of competent and ethical professional attorneys, but in the end — the situation is what it is, and it speaks for itself. Six generations of Americans have been enslaved by commercial corporations operated in Breach of Trust and under color of law. This outcome would not be possible without the support and knowing consent of a great many lawyers both now and in the past.