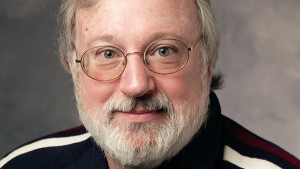 (Natural News) A long-time science propagandist for the GMO industry, Henry I. Miller has just been exposed as an academic prostitute for Monsanto. Named a “Robert Wesson Fellow” covering so-called “Scientific Philosophy and Public Policy at the Hoover Institution of Stanford University,” Henry Miller has just been exposed as a science fraud and professional liar who shills for Monsanto, one of the world’s largest producers of agricultural poisons and toxic seeds.

The discovery of Henry Miller’s science fraud has even appeared in the mainstream media. As explained by CBS San Francisco:

The documents, which include internal emails and memos, reveals among other things, how Henry I. Miller, a Robert Wesson Fellow in Scientific Philosophy and Public Policy at the Hoover Institution at Stanford University, allowed Monsanto to ghostwrite an editorial he published in Forbes.com and claimed as his own in 2015.

The 2015 editorial attacked the decision by the International Agency for Research on Cancer, a branch of the World Health Organization, to classify glyphosate as a probable carcinogen.

For two years, Miller was believed to be the writer of those words. But now, emails between Miller and Monsanto employees show the company wrote the piece and Miller added a couple of words to it prior to publication.

In other words, Henry Miller was lying all along, and Forbes.com is once again exposed as a propaganda rag for Monsanto.

Before serving as a prostitute to Monsanto, Henry Miller was a Big Tobacco “science propagandist”

Long before he became an industry shill and science huckster for Monsanto, Henry Miller functioned as a quack science P.R. fraudster for the tobacco industry. As detailed on the Henry Miller page at Truthwiki.org:

Miller helped found the tobacco industry front group “The Advancement of Sound Science Coalition, which is now defunct. From the 1930s to the late 1960s, thousands of doctors in the U.S. endorsed cigarettes as healthy and even recommended their favorite brands in advertisements published in prestigious medical journals and magazines like JAMA. Miller was also the director of ACSH, American Council on Science and Health, a controversial organization that’s been called a biotech industry front group, where other members (writers) have been caught in scandals, domestic violence cases, and purporting unfounded and unproven theories about GMO as being facts that are science based.

In addition to scamming Forbes.com into publishing a pro-GMO editorial that was actually authored by Monsanto, Henry Miller was also key in the attempted character assassination of Doctor Oz. That’s his specialty: Character assassination and the silencing of critics. As explained via Truthwiki:

In the spring of 2015, and within weeks of Dr. Oz airing his show about the dangers of glyphosate and Roundup, one Dr. Henry Miller coordinated a letter from a group of physicians written to the attention of Columbia University outright demanding that the College of Physicians and Surgeons remove Dr. Mehmet Oz as a professor of surgery, claiming in the letter that Oz has “shown disdain for science and for evidence-based medicine … for personal financial gain.” Of course the letter did not mention glyphosate, but Dr. Oz did not take any position regarding glyphosate on his show either, rather Oz presented intense research conducted by WHO that does not support the Biotech declared stance on GMO that says everything ever created GMO is perfectly safe for humans and the environment, and that biotechnology will save the world. Signatories to the letter Miller drafted to Columbia include one Gilbert Ross, acting president and director of ASCH, an organization that defends the fracking industry and also has the mission of keeping GMO labels off of food in the state of California. Dr. Ross is a convicted criminal and Medicaid fraud artist who was “convicted of racketeering, mail fraud and conspiracy,” and was “sentenced to 47 months in jail, $40,000 in forfeiture, and restitution of $612,855” in a scheme to defraud the Medicaid system, reports the U.S. Right to Know campaign in a page describing ACSH practices. Keeping consumers in the dark about GMO is at the top of the agenda for Miller and his constituents; however, all attempts to discredit Dr. Oz failed miserably and the whole “letter to Columbia” affair was discredited and dismantled.

Explore the Monsanto Papers to learn more about the fraud, corruption and criminality of corrupt biotech propagandists like Henry I. Miller

There is no industry in America more steeped in criminal fraud, quack science, hucksterism and criminal behavior than the biotech industry. These are the people who have spent over $1 million on negative P.R. campaigns focused solely on discrediting myself (the Health Ranger) and the Food Babe, two outspoken whistleblowers who oppose toxic foods and the mass herbicide poisoning of the world. Monsanto and its academic prostitutes work diligently to actively poison all information sources — the media, Wikipedia, blog sites, etc. — with toxic lies that attempt to silence all anti-GMO activists, all while simultaneously poisoning the food supply with deadly, cancer-causing chemicals that destroy lives and cause untold human suffering.

Beyond mere corruption and criminality, the GMO industry represents “anti-Christ” technology and the fulfillment of Satanic goals of death, suffering and destruction for humankind. The GMO industry is, quite literally (no, not figuratively) run by people with demonic intent.

Here are five websites that can help you understand the truth about the biotech industry and its nefarious, demonic operators who despise life, health and Mother Nature:

GeneticLunacy.com – Covers the insanity of genetic engineering, corporate “ownership” over the seed supply and the dangers of playing God with nature.

Evil.news – Details the most evil operators in science, agriculture and medicine.