An open Letter for Judges that Swore an Oath of Office 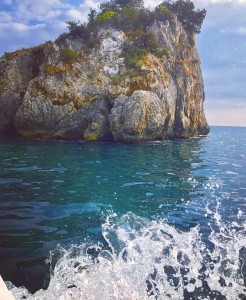 AN OPEN LETTER TO JUDGES WHO SWORE AN OATH OF OFFICE

I am notifying you, Ladies and Gentlemen of the Bench, that you have stained the cause of justice by refracting the rule of law for political leverage. You have subsumed the law into a lachrymose contortion that is an affront to civilized Christian norms, tenets and precepts. The hypocrisy and hubris must end unless you conscience suffers a permanent infirmity.

In your quixotic quest to subvert the law you have indulged in jurisprudential legerdemain using twisted logic and faulty reasoning as twin pillars for your ratio decidendi. There is no certainty, conformity, consistency, clarity or uniformity in your declarations, pronouncements, decisions and judgments that ultimately find refuge in some page in a tome buried in some library. The fact that it is in print does not make it right. Any layman researcher of the law will be able to see the warped and convoluted decision making parading like “settled law;” what the hell is that supposed to mean? Law settled by your myopic intellectual dishonesty?

Whether you engage in judicial activism or practice judicial restraint, the ultimate truth is that you swore an oath to uphold, defend and safeguard the laws and constitutions of the State by using your judicial office and station as explainers and appliers of the written word regardless of your take on the intention of the legislators, or pretending to be wordsmiths while you attempt to find a suitable dictionary meaning to a disputed word. You are said to be interpreters of the law. That in and of itself is a moral hazard. If you have the power to interpret which eminently translates to the power to make, create, design or carve out a new meaning to the written law. That is dangerous and you know it. Therefore, you are not interpreters of the law.

Your job is to explain and apply the law. That is the cornerstone of the doctrine of the separation of powers where one organ of the State makes the law, while the other enforces the law after it as been explained and applied to a particular set of facts or circumstances. The law may be an ass, but your pronouncements make it asinine.

You must be courageous enough to make right all the wrongs that have been perpetrated by your unjust decisions. It is incumbent upon you to remedy these grave errors of judgments. You need to be encouraged and motivated to do the needful. You must obey the law as set forth by Almighty God even if you are a deist, theist, atheist or agnostic. After all, all law, morals and ethics emanate from the Scriptures. If you don’t want to believe in a supreme being, so be it, at least, believe that you have been granted a fiduciary duty to do the right thing while arriving at a decision that is inexorably bound to affect lives.

Millions of indigenous people have been wiped off the face of decency and civilized behavior because of your faulty judgments which have caused irreparable harm and injury to these original and only lawful and legitimate landowners. You conceal the truth which is tantamount to lying by employing unnecessary semantics to get away with it. Suppressio veri suggestio falsi. The saddest part of this charade is that you suppress facts that can make a significant difference in the outcome of a particular case. You conveniently use the irrelevant, immaterial and prejudicial exit excuses to vitiate evidence.

I can only hope that the lesson taught by Herodotus circa 590 B.C. regarding the Persian judge Sisamnes will grab your attention and rejuvenate or regurgitate your conscience.