A message from the people from Broward County for Sheriff Scott Israel, and his accomplice mafia 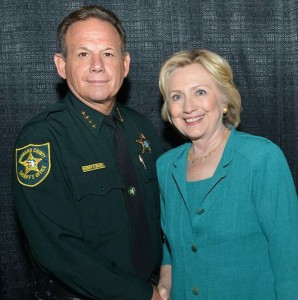 A message from the people from Broward County for Sherriff Scott Israel, and his accomplice mafia.

FOR many years we the people have seen, and experienced personally the hideous crimes committed to our people by the Broward County police, such as kidnapping of our children, extortion, meaning at gun point taking our people from their homes [ mortgage fraud], jailing for profit, and racketeering galore everywhere we turn.

Broward County is ONE of the most corrupted counties in our nation, in fact it is represented: run by Jews that are NOT, or Talmudic demons if you will that have double citizenships as that from ISRAEL, and the UNITED STATES. Broward County is their safe heaven, or basically the entire State of Florida, and our people are their toys to do with us whatever they wish. 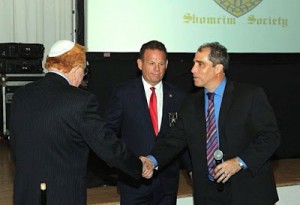 Scott Israel do not work for the people, in fact he works, and along with his police force for the Jewish mafia, as we call it. Everyone in Broward County is target, and even spied on by these criminals that have taking our county, and our people as their possessions.

Their jails for profit must be in full capacities or their police agents do not get their pay check on time. Some of us have been in jail for the simple reason of standing in front of a store smoking a cigarette. To be more specific, we can tell you that the people that are in jails are average people that called the police for help, thinking that they would assist, and instead they were the ones being arrested. For example, our neighbor was arrested when she called the police when locking herself outside of her home when her baby was only four weeks old. She panicked, and made the mistake of calling the police. She could not believe the injustice… Her family ended breaking the door, and taking the baby with them; and she expend four month in jail!

Another young mother was arrested when she was coming out of the hospital with her newborn baby due that she was being confuse with a suspect; she was in jail for a month.

In another occasion, a young couple was arrested because they suspected they were in black market fraud, and their three weeks’ baby was taking away from them by the police immediately. They expend six months in jail, and after a fear battle they got their baby back that was in a foster home!

Most of the people in jail as well are younger people: students being arrested by the simple reason of being sitting at the bus station waiting for a bus, or for not walking fast enough when crossing the streets! In another occasion a young adult was taking from her home by supposedly federal marshals in her pajamas, and after only one day that she had mayor surgery! She was in jail for two weeks, and almost died in jail. Her crime? Contempt of court. The facts are that she filed all documentations for her never to be liable to appears in front of their corporal judge/court, where they do not have jurisdiction over her. They ignored all her fillings… She committed no crimes.

We have witnessed the Broward county police take seniors citizens out in wheel chairs from their homes, and leaving them on the streets because they could not pay their mortgages or because whatever documentations they filed at court was not recognized! Meanwhile an entity such as an LLC: bank: or building association whether public or private was already writing a contract to sell their homes that they have lived for decades! Homes that are abandoned by the people because they could not afford the mortgage, nor do they could afford going to jail, are taking by the County, meaning the police at once, or is being protected by them so their buddies such as a corporation, bank, or association: real state agents can come and sell it. No ordinary people are allowed to enter these properties, nor can they have the water turn on! For fact the utilities companies are part and parcel for the racketeering… Building associations, and or associations are imbedded with the BAR, the corporal court, and the police. Oh, and do we bring to your attention that even a public notary is imbedded with the police for stealing private property/territory.

We have this woman that for the last three years, and for every month she was filing documentations for stopping the closing of her apartment, as no one at court honored her filings. More than a dozen law firm, or should we say attorneys were hire by this condominium/private association just to have her taking out from the building. The board from the building was doing the racketeering, in fact, they even created a false claim saying that she owes money to the STATE. She never received any documentation for such claim, and she challenge the board to show the evidence. Long and behold she went one month without responding to no more court garbage because she was ultimately without a penny, and the next thing she knows is that they have sold her property. They broke a contract when selling her property, and more stunning is that they did not even use the name of the entities the property was under. They did the transaction under her name, that for a fact was not the name the property was under! All this is on records worldwide. Like this case are millions filed each day at court, as our people are losing their homes daily in mass quantity. However what it is more disgusting is that the Broward County public records office is accomplice with these criminals, they knowingly and intentionally violate all that anyone had ever recorded. ALL public recording offices are a scam, and Broward County public records office is not an exception.

The point we are making aware is that the court/judges, or judge Joel Lazarus that is a top caliber criminal in Broward County, did not care about the defendant, even with all the documents sent to him. Like Lazarus there many within Broward County “Closing” department, and the entire corporal court system. Further, the County Clerk, Brenda Forman, is the wife of ex county clerk Howard Forman, a Jew that has been in the business of harming our people from generation to generations. All working in unison with the CIA: FBI: police: Banks: IRS: the BAR, and all politicians, inclusive of governor Rick Scott that is a top demon involve in human trafficking, = Pedogate, = Disney connection; and knowingly, and along with his wife involve in the destruction of our natural resources in the State of Florida by spraying poison substance/insecticides [ Zeta mosquitos], of which his wife is the main stock holder of an insecticides company.

We also will like to make notice that the food they serve in jail is rotten, unhealthy shit that we would not feed a dog with. Further, inmate do not get any sleep, and the staff are cunning, psychopath, and sexual predators that enjoy making the lives of each inmate impossible. They are also subjects to force vaccinations: medications, and X rays, or else they would send them to a higher, more dangerous jail.

HAVE you seen the Broward County Sheriff’s Bus carrying our people as prisoners on the streets today from jail to jail? What is human trafficking? What is a prostitution ring: a drug trafficking enterprise? What is murder for hire by Scott Israel and his police team?

They are for [fact Talmudic demons] in human form that love harming the creation, and sadly destroying our children any ways always, which come to a fact, the shooting at Parkland high school is not a coincidence. Cease and Desist harming  OUR CHILDREN: Cease and desist using OUR PEOPLE: our children  AS PATSY FOR YOUR terrorists enterprise agenda.

Subjugation, subordination, infringements, violation, invasion, diminishing, willful identity theft, and last but not least is TREASON [that is related with ones national-personal trust account: funds: money, and that is the highest of crime ever being committed, and universally punishable with death], are just a few for their human abuses, and harming our vital resources.

And do not let us get started with New York city, where all politicians are top criminals in the foreclosure scam, and where millions of people are thrown on the street each day, in fact those corporal judges are the gods, and along with referees: the police; and for example entity like David Ira Weprin, a referee/attorney that take pride doing racketeering all throughout the State of New York. A Jew that along with the BAR: CIA: FBI have no regards for the American people, or the law.

WE THE PEOPLE want these criminals taking down, the police dismantle, and all corporal court system shutdown.  We the people govern ourselves, and the earth is for everyone, and unless anyone have had a mutual contract with someone, no one, but no one has the authority, and under arbitrary circumstances take the property of anyone in this country. Further, disguising as government for the people is a highest crime.

Anything done under fraud never happened

Right and fraud never go together

One cannot transfer to another a right which he has not

AND take time to watch these videos, as they are very informative of current events… Please share.