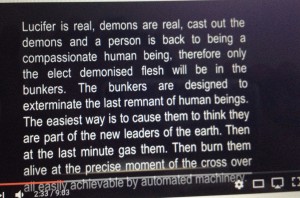 Let president Assad of Syria be an example to the “government of the United States”, and the American people that are too blind with the facts of terrorism.

Terrorism is a war against humanity and all living system of our planet, perpetrated by the Jews that are NOT (lets make this clear these are not the real jewish people). They are Satanists that disguise as Jews. These so call Jews are demons that hosts themselves in human body. These demons are against the Christ, which is why they destroy anyone, and anything that have to do with the light/Christ/knowledge/divinity. And the reason why is that they are not and would not have the potentials that a human being with a soul have to grow spiritually. Thus they would steal as well all the divine portals of the earth in order to manipulate the consciousness of humanity. However, this would not be possible for them any longer in the new times that are upon us. 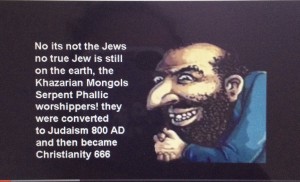 President Assad is very well aware of this.

But what it is really disturbing and a fact, is that in our country, the government perpetrates terrorism each day to its own citizens. And the American people have the notion that this is quite the norm and most terrifying, the law.

For example, the corporate police is a terrorist cell that takes order to invade, violate, kill, genocide, and false arrests the citizens of our country every second of ONE day.

The BAR and along with the corporate judicial courtroom system, that it is not a “public court of the American people” dispose of their homes thousands, if not millions a day of families with small children, and their elders of their own homes if they for example were behind with their mortgage payments, or they owe tax, etc. The Extortions are such, that it is beyond comprehension by anyone that really knows well of the crimes that these terrorists commit to our people. This is in violation of the Constitution For the United States of America, Article 5, that states, “No person shall be held to answer for a capital, or otherwise infamous crime, nor should be compelled in any criminal case to be a witness against himself, nor be deprive of life, liberty, or property; and Article X, that states, the powers not delegated to the United States by the Constitution, nor prohibited by it to the States are reserve respectively, or to the people.”

The government as well have mandatory vaccinations of our elders, and our precious children the moment they are being born. In fact, our own government praises, and awards demons terrorists whores as Bill Gate, Hollywood elites, politicians as governors, attorneys generals, congressmen, mayors, corporate judges, county clerks, paid for hire doctors, scientists, the media, and others alike for their efforts in accomplishing wealth and all materials things the planet can provide, by them harming, killing, propagating, and committing fraud to the American people. 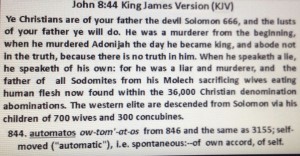 The government as well have their police mafia deliveretly and knowingly infringing our lives in order to produce an excuse for arrests, which that would bring us to jail, in another way, jailing our citizens is business for profit, inclusive the jailing of our youth!

The prison system of America are corporations owned by the government of the United States and the BAR, and we the people are its stock.

The fact is that the police main job is to protect these criminals, and their actions against us the people. Further, The CIA and the FBI are part and parcel of the same root.

This is in violation of the civil, common, and natural law of our people, inclusive violation of Article 1, section 10 that states, “no states shall pass any bill of attainder, ex post facto law, or law impairing the obligation of contracts, or grant any title of nobility.”

The government poison our air, our water, and our food, and if these are not disturbing, the government approve of kidnapping, murdering, and killing of our children for the delights, and pleasures of their own satanists elite demons that they obey.

The devastation of these families losing their children are beyond heart breaking; it is painful death.

With these being the facts of the terrorized American people by our own government, who is the government of the United States of America to judge the private affairs of any other country, or for that matter violate, invade, usurp, and extort foreign territory of a sovereign nation?

Who are you to violate international laws that are treaties of countries self defense and protection?

It is a fact that the American people are waking up from the illusion of them believing our government is following and or is protecting our best interests.

The facts speak for itself.

The Country of the United States of America is a prison, and their government is run by children’s murderers full of hate, and greed satanists Jews demons that accomplice is the BAR.

The United States Government is an allege corporation that it is on denial of being dissolved, and it is bankrupt; it is not, and never have been great, and it is for a fact a terrorists organization.

Further, we the American people are the beneficiaries, and the creditors of the wealth of this country, NOT debtors, with this being a fact, we should not have to be paying for anything as our homes/a place to live/land, college education, automobiles, and basic daily needs, let along being begging to criminals as yourselves.

From ancient times, and according to the laws of this country, their citizens’s basic daily needs are prepaid.

Where is our wealth, and where are all credit cards, bonds, and checks with the unlimited funds for us to buy/purchase our daily needs?

We need to take the structure, and the economic of our country back, or die.

NOTE:
Whatever you do, do not insert any chip into your body. This is a trap!!