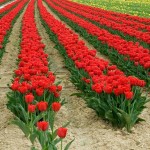 The Earth District is at a cross-roads. Right now we have a situation where government, law, and enforcement of law are all controlled by politicians. And those politicians are controlled by a small number of elite who have dominated not just the United States of America, but the entire world community through governments, corporations, and monopolies. It has become clear that the law systems we have been operating under are not just ineffective, but destructive to the human race.

WHAT CAN WE DO TO TURN THINGS AROUND?

• We can restore a form of social structure that honors freedom and cooperation among all living systems.

• We can end police corruption by accepting responsibility for our own safety and for the safety of our own children, families, and communities instead of turning it over to hirelings.

• We can empty our prisons by replacing punishment with restitution. If the person who committed the offense is unable to make restitution himself, the responsibility for restitution falls to the family or clan. Either way, the victim is restored.

• We can stop political corruption by separating law from politics.

• We can stop judicial corruption by ending the judicial system altogether, and instead, allowing each community to select wise and respected members of the community to assist in settling disputes, like the ancient Hebrews of the Bible did.

• We can begin doing all of this today and end the tyranny of corporate governments now.

WE CAN ACCOMPLISH THESE THINGS BY UNDERSTANDING THAT…

• Freedom is a natural state of being; we have the power to accept it or surrender it.

• We have been bound and enslaved by written, man-made laws that are so complicated that we have to hire specialists to “interpret” them for us.

• Natural law requires no interpretation because it is inherent in our natural state of being, formed by what makes sense, and so simple a little child can understand it. Yes, all of us are experts at natural law because we are natural beings.

• Because nature is life and all of life flows, as soon as law is written it ceases to flow and ceases to be natural.

• So how should our societies organize? Throughout history, tribes have organized by cultural practices; common behaviors that embody their ethics. These are sometimes called cultural or tribal laws and are not binding upon the individual but lived by free-will choice as an expression of what already lies within the heart; and passed along through art, music, and theater.

• Man-made governments carry no authority; because natural beings are free and not subject to rulers. All through history, the People have used their authority to create fictitious governments to rule over them. This was done in ignorance; misunderstanding of our nature and what it means to be human.

• In corporate governments, there exists a union between politics, law, and enforcement of law, such that the people have become willing slaves to those deemed experts in the “total package” known as government.

• The people have created something called “jurisdiction” which is another word for dominion, and handed it over to those who would bind with it.

• The people have accepted an offer of “consent” as though it WERE even possible to abdicate self-responsibility.

• Government does not grant, nor does it insure, “rights.” Rights and entitlements are ONLY for those who can imagine living without them.

• No one is bound by natural law. Natural law just is and does not bind, but frees.

• There is no power or force on earth greater than a group of people who know what they want and are willing to act in one accord with the laws of nature to make it happen. The power to change the world lies within each individual.

WHAT DOES A NATURAL LAW PROCESS OF JUSTICE CAN LOOK LIKE?

• We have a mechanism available to us call the natural law grand jury.

• A natural law grand jury is a group of people called together to investigate a possible crime.

• Anyone may request a grand jury investigation.

• Grand Juries operate outside any form of external authority.

• The grand jury is separate from courts.

• Courts do not preside over the functioning of the grand jury.

• Courts have no supervisory, judicial authority over the grand jury.

• A grand jury can investigate merely on suspicion that the law is being violated or even because it wants assurance that it is not.

• A grand jury need not identify the offender it suspects or even the precise nature of the offense it is investigating.

• A grand jury calls its own witnesses and deliberates in secrecy.

• A grand jury pursues it own investigations unhindered by external influence or supervision.

• A grand jury belongs to no branch of the institutional government.

• A case is presented.

• Evidence is examined and an investigation is performed. Witnesses may or may not be called.

• At the conclusion of the investigation, the jury is asked to issue either a “true bill” or “no true bill.” If the jury decides “true bill,” an indictment is submitted.

• Enforcement may implemented on the basis of an indictment by a natural law grand jury. The people provide enforcement as deemed appropriate.