Haven’t You Tear Up Your BAR Cards Yet? 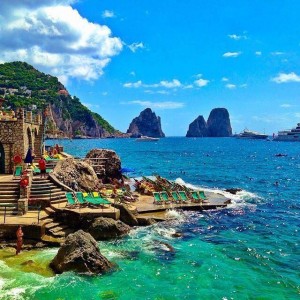 This is a reposting article that it would serve as a PUBLIC NOTICE AGAIN TO THOSE OF CONCERN as a reminder that We, the American people are watching you. We have you cover. We read the recordings of your court from every county of this Country… And we know where you live, and where the addresses of the offices you work from are.

Haven’t You Tear Up Your BAR Cards Yet?

I just want to send out a little LOVE to all the Bar Association Members out there who are feeling like I really hate their guts and want to bash their rice bowls and do all sorts of mean, bad, and nasty things to them. (It’s probably just an overactive guilty conscience, indigestion, or the flu.)

Of course, putting a huge commercial obligation lien on their organizations and reminding everyone that they are out of compliance with the Bar Association Treaty that allows them to be on our soil at all and that they have functioned as licensed privateers on our shores and helped defraud the American people and deny us remedy we are owed and generally been heavy contributors to the rotten state of the world in general….yes, I can see why you think that I despise members of the BAR.

What I really think is that many of you, more than half, have been kept as ignorant as your victims. I think that there are plenty of patriotic, God-fearing, decent, hard-working American Lawyers out there, who just need to do one thing to be reinstated as Americans and loyal members of Decent Society: tear up your BAR cards.

Just tear them up and set yourselves free. And then join us in the biggest housecleaning in history! Join the American Common Law Court System founded 1602, by far the oldest and most honorable Court System in the country, the most powerful, the most interesting, and by far the sweetest to work for.

Go to bed at night and sleep like a child (which I am about to do). Have a spotlessly clean conscience. Smile at all the poor sots that are being pelted with rotten eggs by outraged citizens. Be a hero instead. Best of all, actually do what you have been trained to do, and do it in an honorable way and for an honorable cause— to save the country of your birth, to protect your family and friends and neighbors.

Don’t stand around worrying that you won’t be able to work in the courts. Pretty soon all the Special Admiralty courts in this country are going to be shut down. Pretty soon, the Federal Courts are going to be reduced to arguing over how many bales of hay were filched by Department of Agriculture employees last year. Pretty soon the only “Admiralty” cases you will ever see or hear about, will be actual cases in Admiralty— you know, with real ships and real cargo?

Do you all realize that the Bar Associations that have indulged in all these crimes against America and Americans are also in violation of all sorts of Federal Law?

They have been operating closed union shops for decades in open defiance of the Taft-Hartley Act and the Smith Act— and getting away with it.

They’ve been cracking the whip and controlling appointments and threatening you whenever you aren’t politically correct?

They’ve been increasing the fees and the penalties until its like dealing with the Gestapo and there is that really UNSAVORY “political” feeling to all of it?

Whether you are a rat or not, it’s time to jump ship and start swimming.