The Work is Completed and the Victory Won 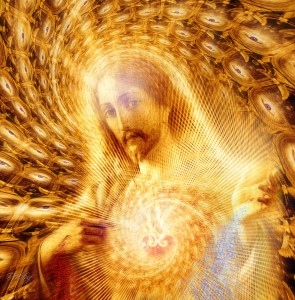 Greetings! This is Sananda through Elizabeth Trutwin.

You have just completed one of the most intense months in the history of Planet Earth, passing through two Eclipses, the Spring Equinox, two Comets and Easter. An open window for the Event called Disclosure. On March 15, 2016 there was an attempted nuclear attack in Brussels. No one in the media reported it that way. It was the cabal’s final attempt to begin World War III. It was ended before it was started. One week later the well publicized false flag attack at the Brussels Airport was payback. That has all ended now. No more attempts will be successful. The dark cabal have repeatedly tried to push away the inevitable and that was their final effort. 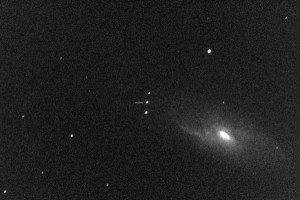 Back in 1987 we had Harmonic Convergence. It was at that time the 4th dimensional Astral Plane collapsed into the 3rd dimension. That was when time ended with those with the knowledge and the light to experience it. All of those Indigo Warriors, Sages and Saints began working with it back then for the sake of the rest of Humanity. Also at that time began the 6th Age of the Sun in the Milky Way Galaxy. We crash landed into the dark Matter Universe at a Star called Vega. Our Sun Sol has been rotating around Vega ever since.

It has been almost 30 years since the Astral Planes were a part of Earth reality as Earth continued to move into the 6th Dimension. Very few of Humanity had the knowledge to understand this and stayed with the language of the 3rd going to the 4th and the 5th. Many channels were kept in the dark as well because their readers could not handle such advanced thinking. As fear used as a mass psychological attack, one after the other, through the years continued to bombard the collective consciousness of those waking up, the 4th Dimensional Realm continued to be used by the dark cabal to wage war within the lower Dimensions. It was from here plans were made for further false flags and from here they were launched. Actions begin in the Causal or Astral Realms before they are made manifest in the Physical Realm in the 5th Dimension and above. 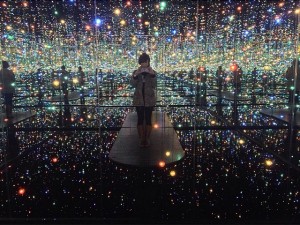 A Group of Sages came together on a Mountaintop in the Mountains west of Santa Barbara, United States near the west coast March 31, April 1, April 2 and April 3rd, 2016. Sacred Vedic Ceremonies were performed for four long days which have not been done on Earth in thousands and thousands of years. 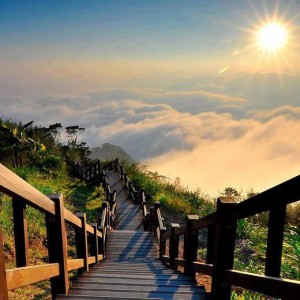 On the first day the 5 Elements were invoked together and made to lay the foundation for putting their Blessing on New Earth. The Galactics were present throughout, on the ground and in the skies, assisting with the manifestation of needed energies to move through the changes. The Diamond Energies merged with the 5 Elements to set the stage for what was to come. 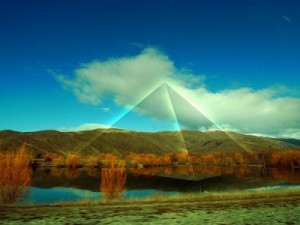 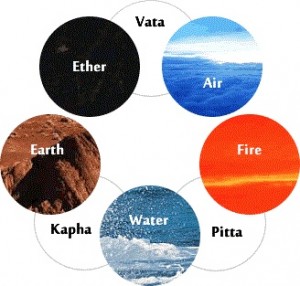 The second day there was a walk taken with the Rishis around the mountain top inside of which a very large yellow diamond, the size of a large house, had been installed in 2014 preparing for this day. This diamond represents the energy of Mt Kailash in the west. It connects the energies with the intersecting tetrahedral diamonds in the core of Earth which line up with 19.5 degrees. 19.5 degrees north and south are the latitudes where the apex points of a star tetrahedra within a sphere will contact that sphere’s surface, when one apex is positioned at the north or south pole. The Pyramid of the Sun at Teotihuacan is at 19.6 degrees north. At these intersections on both Earth and other Planets, these points have pyramids covering the StarGates there. On Venus the Alpha and Beta Regio are near 19.5 degrees. On Mars the Olympus Mons shield cone volcano is at 19.5 degrees. 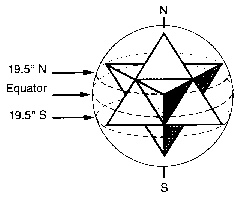 On Jupiter the “red spot” which is an obvious vortex is at 19.5 degrees. On Neptune there is a similar spot at 19.5 degrees north. This diamond energy inside the mountain connects with the diamond  waves of light energy pulsing into Earth and opened all of the StarGates on Earth for these four days. They are now fully functional and working together.

The third day we honored 7 generations before and after the lineage on Earth now according to the tradition of Pind Daan in India. This offering can bring innumerable blessings for them that can be seen as a rare connection to Grace that might not have happened otherwise in this stage of their evolution. What happened was the Rishis on and off Earth offered a Ceremony to all sentient life on Earth, animals, plants and minerals as well as all of Humanity. We also included the Extraterrestrials living on Earth now as well as the hybrids produced in deep tunnels and laboratories on Earth such as Los Alamos, Dulce and Area 51.

From the 1930’s until the 1970s super soldiers were produced which were the size of ants. They were tiny super soldiers performing very specialized operations, breaking into bank vaults and many other special and secret places to provide intel to what was there and move small things in and out. These super soldiers went mostly unseen except for those very sensitive. They were all forms of animals which were given special abilities and also shrunk down to the size of ants, not by alchemical processes, but rather by advanced technology. They made an army of small hybrid animals, insects and humans. They penetrated into secret areas like the White House, Pentagon, Congress, China’s Forbidden Palaces, The Kremlin, Cybertechnology and Underground Secret Bases. They were retrofitted with wings and secret abilities like bilocation.

These tiny animals could become directed vehicles of human technologies, including surveillance cameras, sensors, and chemical or biological weapons. Researchers are fashioning insects, beetles to be precise, with wireless transceivers and neural implants so that a human operator can dictate where the beetles fly. Currently, these beetles can be flown with a hand-held control, much like hobby airplanes are flown with a joystick.

During this long Ceremony we did include all sentient Beings and healed their karma going back 7 generations and going forward for 7 generations. We also included those on the verge of passing and not yet passed. Everyone living on Earth has had their karma end now. No one has karma anymore. The 4th Dimension has closed and that means we are in No Time which only happens at the 5th Dimension and above. It is all forgiven, dissolved, gone. There is Amnesty for all. This prepared the way for mass arrests, removal of clones and solid holograms and all members of the dark cabal to be removed from Earth never to return. We also reunited the Shadow Side of the dark cabal to return to Unity Consciousness.

The entire DNA system of all these groups was repaired completely. No matter where you are in your evolution at this moment, the decision has been made. Either you are to progress at Earth evolving back to the 12th and finally the 100th Dimensions, or you have been reassigned. Some few will need to be uncreated. In order to repair the Timeline and take Earth back to it’s rightful place in the Milky Way Galaxy, this had to be done now. 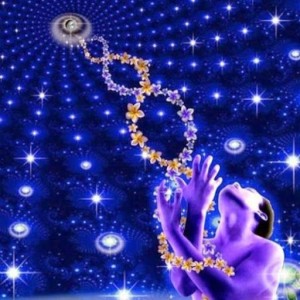 Balance was returned to the Planet and all living on her and this prepared Earth for the Ceremonies which would follow.

On Day Four, Earth was taken back to it’s beginning 5 creations ago. It was a very difficult process, with many in attendance on Earth as Unseens and in the Skies. These were benevolent Archangelic Beings and Galactics. Having Blessed all of Earth and her StarGates two days before, and all of Sentient life the day before, it was now appropriate to close the 4th Dimension and remove all of the dark cabal, all the Souls living as clones and solid holograms, all the demons and dark Ones. 100s of thousands of souls were removed. It took a good portion of the day to complete this Blessing. The Souls had to move through Mother God with the assistance of Father God through her Yoni and back through the Scorpio Black Hole to be returned to the Light Matter Universe and so permanently removed from the Timelines. 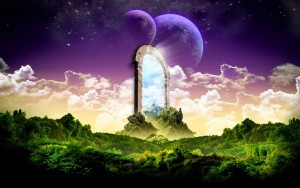 To understand the Gaya Ceremony, we look at the story of the Ganges River descending from the Stars and taking it’s place on Earth. The Mystical and Esoteric meanings hearken us back to the last time this Ceremony was performed on Earth millions of years ago at the beginning of the 5th Sun Creation. This was an extremely rare and special multidimensional experience. The Himalayan headwaters of the Ganges river are in the Garhwal region of Uttarakhand, India. It is as the mouth of a cow. The cow represents Earth and the Ganges represents all knowledge. This is considered a sacred gift from Mother Earth to all her creations. As the changes take hold on Earth, it is required that the TRUTH be revealed so everyone who wants to can make their ascension. This is impossible to do without the highest knowledge. Meditation, Contemplation, Asanas, Pranayama, reading the Ancient Texts and a healthy and clean lifestyle are required for ascension to be possible. Completing these ceremonies quickly and in secret we required, to bring about the reformation and a New Age on Earth. 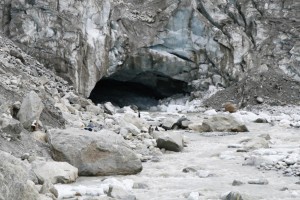 Now Earth continues to move back toward the Eye of An preparing to return to Alcyone in the Pleiades, Source Energy, healing Earth’s journey down into the lower dimensions. With the 4th Dimension healed, no dark Ones will have access back to Earth ever again. In physics the 4th Dimension is Time. We have closed off Time. We are at No Time and the ZPMs are all charged up to 100%. We are able to go to Zero Point on Earth any day now. In the right timing. Nothing can stop it. 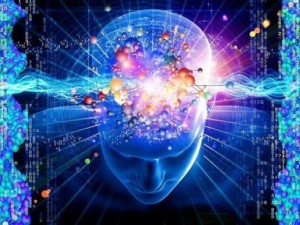 These processes which were necessary to take place before the Event Called Disclosure, the 6th Age of the Sun on Earth, is now possible. The rest of the changes are inevitable and expected to appear in the Physical Realm of Earth within this window of opportunity during this Easter Season. It is unfolding right before your eyes. We Are All Going Home Now. Keep all of your thoughts positive as we move through unexpected and long anticipated changes.

This is Sananda through Elizabeth Trutwin, April 9, 2016. © All Rights Reserved. http://CosmicAscension.com