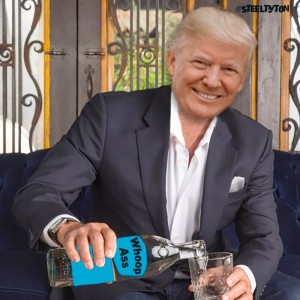 Our Nation was founded on the idea that our Creator endows each individual with certain unalienable rights.  In the Declaration of Independence, Thomas Jefferson identified life, liberty, and the pursuit of happiness as among these fundamental human rights.  Our Nation has enshrined these and other rights, which Americans continue to enjoy today, in the Bill of Rights.

The Bill of Rights has served as a model for other countries in helping them develop their own safeguards for fundamental human rights.  Seventy years ago, on December 10, 1948, as the world was emerging from the catastrophic destruction of World War II, the Bill of Rights inspired the United Nations General Assembly to adopt the Universal Declaration of Human Rights.  Similar to the Bill of Rights, the Universal Declaration of Human Rights enumerates many basic rights that are essential to preserving the dignity and liberty of all people.  Today, the United States continues to respect the sovereign right of each country to chart its own social, economic, and cultural advancement.  We also, however, recognize the universal truth that those countries that strive to honor and defend human rights are more likely to achieve long-term, sustainable prosperity and peace.

During Human Rights Day, Bill of Rights Day, and Human Rights Week, we vow to fiercely protect the eternal flame of liberty.  Since there will always be a temptation for government to abuse its power, we reaffirm our commitment to defend the Bill of Rights and uphold the Constitution.  We also remember all those around the world whose God-given rights have been violated and disregarded by authoritarian regimes, and we express our desire for the rule of law and liberty to one day triumph over all forms of oppression.

IN WITNESS WHEREOF, I have hereunto set my hand this
seventh day of December, in the year of our Lord two thousand eighteen, and of the Independence of the United States of America the two hundred and forty-third.