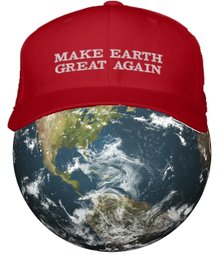 We have written extensively about the alleged United Nations(UN) and their agenda for terrorizing the entire human population+ damaging our vital resources worldwide with their greed for power+ the destruction of humanity, which under covert intention it is call Globalism= an evil empire that serves as advocate for the gods from the underworld that are Satan+ Allah+ Lucifer. If the UN at some time their intention were that of helping the creation, be assure that this has been violated eons ago.

These insane intellectual whores from all over the world have been making sure they have within their agenda all the religions faith so it will shield their evil intention as well. Their intentions have been having us all as prisoners for eons+ without us ever having any individual rights whatsoever+ besides they taking= stealing all our intellectual properties+ as well us being their primary source of income. You hear that right, we always all ways have been the creators of the goal= the money, only thing though we were never allow to have it; but they could.

Do this sound insane or hard to believe?  You bet. Just ask the Chinese Dragon+ all their brokers worldwide as the Rockefeller+ Rothschilds+ the Royals+ the IMF+ BIS+ the Federal Reserve, etc., etc. Have you ever wonder why the courts within our country have been so demonic, well, they are all part and parcel of the globalism pack. They never have been working for the American people, although they always pretend they have been= another covert operation smack right at our nose. No wonder they had no mercy putting us on the streets when we were behind on our suppose mortgage that supposedly they loaned us when they never had. Our loans were always paid off immediately we signed the paper work. The money came from the superior worldwide trust, but what they have done is fooled us to believe they have loaned us money when they never had, we repeat.

What they always had on us was our personal names incorporated without our consent, then among themselves they share our names for monetizing any which way, I mean all of us have built all world structures… corporations… everything. It was paid with our funds. They were making money left and right with these actions by simply writing up bonds that we without ever consenting were sign with our names on it. And do not let us get started on jailing for profit.

Why do you think we say that the suppose congress, or illusion of a congress have been selling the American people+ our land to the highest bidder? Just ask satanist Chuck Shumer+ Nancy Pelosi+ Dianne Feinstein, etc… They as well are the ones that have violated our laws+ the constitution without mercy, same within all countries. These Satanists+ Luciferian=Judaism+ Islamists= Muslims+ Moorish+ Moors= Allah, the demonic moon god, do not gives a shit for the creation, to the contrary they aim at mocking the universal Christ that navigate the frequency of love for all that be.

As we said, the globalists are all advocates for the gods from the underworlds that main goal is destruction. Why do you think the killing of our children+ the castrations for male or female from all these religious control freaks demons in human form+ the wars+ the genocides!  Enough said. For more info, read here: http://wetheonepeople.com/do-not-sign-the-global-migration-pact-the-crypto-jews/

We the people, the main creators of money have been screwed big time by these demons, and we did not know a thing- until now. Our aim now is for all nations be sovereign again, where people govern themselves+ have their daily needs met without the despair+ all be living this physical journey thriving for harmony+ peace+ love for all the creation. Be ready, the party is almost ready, so be it.

May all souls find their light sooner than later.

Listen carefully this video presentation with secretary of state Mike Pompeo about globalism.