Do Not Sign the Global Migration Pact: the Crypto Jews 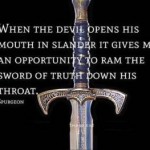 For all countries from North+ South+ Central America, do not sign on the 10th of December in Morocco a new document that would become law worldwide, issued by no other than Jose Gomez Camacho from Mexico that is a United Nations secretary. The document is call the Global Migration Pact!

It so happened that this intellectual whore is one of the people orchestrating caravans: refugee’s issues on the United States- Mexico border. His aim is to destroy the Mexican constitution that specifically said that no foreigner: refugees are to be involve within any political party, or work within any government agencies. Well, Camacho+ the UN wants this be gone+ as well within all nations. The Satanists from Mexico, of which the previous+ new president are involve, wants the native being killed so they can steal their land, and who do you think is going to do the dirty work for them= the invaders from the caravans that are trained killers+ thieves+ all along with the Mexicans corrupt politicians.

The Globalists satanists do not follow the written laws of each country, to the country they aim at destroying it. They follow their own “laws” which are invasions+ destruction for the existence+ treason+ fraud.

The allege document is for all coutries with borders be with no right in not letting in their own countries these people that comes from other part of the world. The corporal United Nations think that they are in control of our own countries+ the people, which reminds us that in 2012, the corporal UN was dissolve! Someone needs to remind these globalists their party is over!

The people from Mexico needs waking up because their country is being invaded with people from all over the world that comes to America through Venezuela. Some of these people are Russians, Iranian, Saudies= the bad guys. Further, they are using the meek+ children as a shield! Right now as well the European people are warning all their representatives within their own countries that they do not want this document signed, which is why Europe is going through some serious issues with the refugees crisis.

The UN aim is destroying all cultures worldwide. Imagine that. Just so you know, we in the United States do not want part of this! This is not happening here. “We will no longer surrender this country or its people to the false song of globalism.” – Donald Trump

Lets also pray that the new president from Mexico, Lopez Obrador do not bring Mexico as another Venezuela. It so happens that he and Nicholas Maduro, president of Venezuela [that for a fact have his own people begging on the streets+ fleeing their country due the terrors+ crimes he is imposing upon them with his democratic socialist communist regime] are buddies. We remind everyone that we have to be careful what exactly democracy means when we are selecting these globalists control freaks traitors that call themselves public servants, when really they only serve their own[corporal] kinds, not the people.

It is written that once the people finds about the tyranny of politicians working for globalists mobs only and not the people, it would be consequences. Last week the people in France threw piles of manure in front the palace, besides burning structures+ cars as we speak. This we believe is being spread all over Europe.

And as we were saying about the worldwide refugees’ invasion that the globalists satanists whores are arranging, they also make sure to throw their human rights gimmicks so we fall for it and they can obtain their objectives because they are smart and we the people are not. Cunning bastards Jesuits= terrorists Jewish cons that have infested our country within all government agencies, inclusive the delusional congress. It is the same when they cry aloud about anti-semitism, as if they are from some kind of honorable race and the rest are not. This is typical of communism [Judaism] to bring about sympathy+ then covering their own hideous crimes as that of selling the American people+ our lands worldwide to the higher bidders+ harming all the existence

We the people needs discerning what exactly democracy means. By us not being discerning, is why globalism have taking control over the entire planet with their strategic ways of governments that could be democratic socialism, fascism, oligarchies, satanism, nazism, zionism= all communism that are all born from Judaism. Judaism is communism. The aims are destroying freedom= the sovereignty of all nations.

As we said before, Globalism do not honor the written laws of each country, to the contrary they aim at destroying it. They honor theirs own “laws” that are invasions+ destruction of the existence+ treason+ fraud. For who is the BAR+ ABA+ the corporal courts that disguise as the people courts by claiming jurisdictions over the people+ their children+ their properties?

The United States is a good example for these. We the American people knows exactly the colors from all globalism sides. We are masters for letting them use+ abuse+ control us any which way- until now. It is written that we the American people fix what we brake. Be certain that we mean this. Be certain that we are fucking putting an end to their games on every corner its being play by all actors. 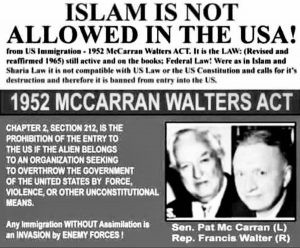 We need not to put up with inflated egos globalists fuckwits coming from each corner of the world wanting to harm our vital resources+ change our laws+ our country+ our culture+ our sovereignty+ our minds+ destroying moral values. We are most certainly not soliciting enemies’ combatants, or gods from the underworld advocates. Take your Sharia Law+ yours Muslim Brotherhood+ accomplice Mossad agents+ your synagogue+ church of satan and satan and shove it up your ass= all satanists eating babies human flesh+ child rapists pimps+ warmongers liars+ cocksuckers 33 degree of demonic fuckery. Be. Gone.

When we say Judaism, we are referring to the crypto Jews [crypto people= with a hidden agenda] that includes Islam= Muslims= Moorish= Moors+ the brainwashed Christians= Vatican= Pope and his worldwide terrorists’ legions that hijacked the original Christian faith as well. They all work together controlling the world communities for their underworld gods Satan. Lucifer. Allah, that aims are destructions for the existence+ mocking the universal Christ that navigate the energy of love+ spiritual growth. These people have no idea what divine essence is.

Under any circumstances this apply to the good Hebrew Jewish people+ Islam+ Christians that have the intelligence being discerning about what the Talmud+ the Qur’an says, which by the way were written for controlling the people= for siphoning our energy any which way until we drop dead. For who are the worldwide satanists banking cartels along with the Chinese Highest Dynasty?

Our aim is that we all be respectful of all our own cultures without the control+ the hate+ the greed+ the invasions. The sun shines for all+ we all are entitle to abundance of our daily needs+ living in harmony with the existence.

Let all souls see the light+ let all those that have committed atrocious crimes against the creation: against our people: against our children be all liable+ accountable+ responsible for their own BE’ing+ DO’ing. So be it be it so.❤️

It is of great help if you read this article below for a better understanding about the Talmud, the Q’aran, and the Bible: https://www.facebook.com/notes/joseph-oleary/jews-vs-hebrew-vs-yisraelite-vs-talmudic-satanist-vs-christianity/10103539140411154/

Also take time for watching this video that it gets very interesting towards the end, where the host is showing the globalist for the UN Juan Gomez Camacho from Mexico that is orchestrating the refugees caravans between the United States, and the Mexican borders: