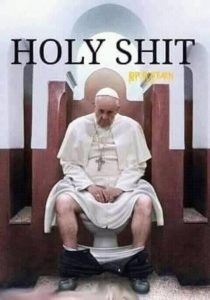 On February 23, 2019 was the last day for a final closing of the United States Corporation that by the way this will be a topic for another day. As you can imagine an entire world fell apart, inclusive the taking away of any authority of be brainwashing humanity as has been the so call Pope Francis and his worldwide pedophiles+ children murders legions that as well enforced all kinds of sexual immorality.  We are assuming the closing of the US corporation has to do immensely with this but in truth Pope Francis has a whole load of dirty clothes that are against him.

The fact is that Pope Francis, or the demons from the Vatican if you will have had the entire country of the United States to their disposition to do whatever they wish with it, and this included our people. This was done all along with communist China, and all their worldwide agents so call brokers like all those famous families as the Rockefeller, the Royals, the world bank, and countless mafia groups that did the terrorists bidding worldwide. Further, they had every politician grabbed by their balls to do as they were told. Their aim was frankly destroy our humanity all ways always along with the entire planet.

But now they cannot do anything else because they are all BROKE. So desperately they are, they attempted to invade Venezuela to grab all their oils reserve besides that for a year or so they are holding the money they owe Venezuela for the oil they purchase because truly, they just did not have that money at all. And now Venezuela is going through many issues politically and economically, but we think they will survive just fine.

Thank you HOS. We love you! This was the only way we could save the creation. What is next? Answer= many arrests+ many BOOM BOOM+ a new republic with its founding laws+ a new financial system for the entire planet is on the way slowly but surely.

MORE to come. Keep on praying!

For now enjoy this video for the more you know: