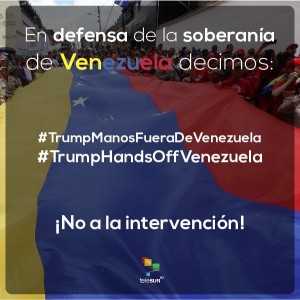 The more you know, the better for the entire world. Truth never hides. Outstanding report by journalist Abby Martin concerning the inhumane issues about Venezuela perpetrated by the Ziocons from Washington DC that think they have the authority to invade Venezuela, or any country for that matter with the pretext of bringing Aids when the facts are the aids they are bringing are arms, drugs, and terrorists to do their dirty work that is to steal the resources from that country such as oil, etc. This is invasion+ violation of natural, common, and international law. This is a total game plan by the fuckwits from the CIA enterprise hungry criminals that as we speak are all broke.

CIA+ war criminals= all Senior Executives Server members[SES] that are call by many names such as Mossad+ ISIS+Satanists+ Havah mafia. The fuckwits that needs be no more worldwide.

Shills like Elio Abram, Michael Bolton, Mike Pompeo, Mike Pence, Juan Guaido, Marco Rubio, Julio Burgos, and Alias Quinto to name a few, the American people+ the Venezuelan people are commanding their immediate arrest for crimes against humanity. Further, the immediate release for some of the money they are holding against the Venezuelan people for them to thrive. It is beyond embarrassment to these body of criminals knowing that their game plan of deceptions and lies are expose for the entire world to see… their game is OVER, and this goes as well for their legions of lobbyist whores call journalists that are filling the airways with their propagandas FAKE news lies in Spanish as well. We the people command cease and desist your satanic coup against Venezuela immediately. So be it, be it so.  <LF>