Transmutation of the Dark 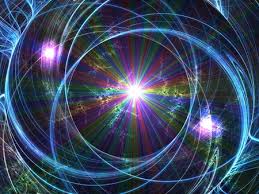 This is Archangel Michael coming to you with news of a surcease from the burdens that have been upon you for too long. I have had the privilege of bringing about what you might call a transmutation of those forces of darkness that engineered many wars on the planet.

This is my Announcement: I operate from the highest realms with my legions of Blue Flame angels, and together with the Forces of Chamuel and Charity, other Archangels, as well as the support of the Dhyani Buddhas, we have descended into hell itself, where resided those nefarious satanic forces. This time we had a fiery mission and permission from Almighty God in the Great Central Sun to intervene in such a way as to remove, with bolts of blue lightning and Ruby Ray fire, those forces that had an evil agenda to cause an end of the world in order to oppose the plan of Ascension, as well as that of the wonderful creation of a new Gaia, in which all beings would be able to live in peace, love and light. So we have descended and taken them by surprise as they had no warning of our intention.

The operation was supported by the calls and desires of the lightworkers whose good works demanded to be mirrored back into the earth from the heavens. Past interventions had removed a certain Luciferian presence, and the astral plane had been subject to a clean up over a period of many decades, but seeds of the fallen powers had remained. They were a core of darkness that held the strings of their Illuminati puppets on the physical plane. They too had been allowed to continue because of freewill and the law of non-interference. But last night, we received the Green light for which we had prepared for more than a decade, as this has been very much overdue since before the Solar System moved into the Photon Belt, a cloud of intense Light. This electro-magnetic light had an effect upon the entire population of Earth, and agitated the dark forces to a point of aggressivity, comparable to a situation with a wounded beast struggling for survival.

They played all the cards they had to regain control, and one of their strategies for this is to cause political disruption and chaos. They could see an awakening taking place but did not understand the cosmic mechanism behind it. They were deluded in the belief they could reverse the tide of transformation and enlightenment upon the physical plane. We have been able to round them and they were taken off this world for trial. They will be given different conditions in embodiment on a world upon which they will slowly evolve to the point of serving the Light instead of seeking to gain power. They will eventualy ascend. This is a far distant material world on the other side of the Galaxy that will take a million years, or so, to rise to a higher dimension when it also crosses the photon belt.

They had been given a chance to bend the knee. The work of purification of the planet has now been stepped up to a more advanced degree, and this represents the removal of the interference against ascending humanity from those forces of darkness that corrupted the systems of the world. Wealth is in the hands of a very small minority of individuals in incarnation who were controlled from the astral plane. They had engineered a financial system which was essential to the running of every function of life. However, from it derived a terrible situation of slavery, suffering, poverty, and dependence, and it is essential that mankind be freed from it.

So we have talked about Freedom for many decades and it is fitting that the Hierarh of the 7th Ray, Saint Germain, who stands for Freedom, is the one who has devised a Plan for a new Financial System and a resurrection into a divine economy for the Earth, together with his forgiving transmuting Violet Flame. There cannot be inequality in the world to the extent that millions of people have nothing and the wealth of the world is in the hands of 1 to 5% of the global population. The malintent of those dark beings, these oligarchs, was allowed to go beyond acceptable limits because they were being given a chance, but the malintent itself that is criminal, attracted the wrath of God and the Command ‘Enough is Enough!’ Their removal will result with a greater freedom in the media for disclosure, to speed up to the point that will be manifested according to Divine Desire.

You came to be part of the work of the overcoming to provide balance, to change the systems, create new paradigms. You are now stepping onto this new Phase which can be called one of Intensification. The Forces of the Light are intensifying their work to bring about the changes that are necessary and that are entangled with the Awakening, or spiritual level of consciousness of mankind.

Freed from the grip of these astral shadows that were reflected in the reality of the world, mankind can now begin to rebuild a civilization in the image of the blueprint that is descending with the Lightbody in the consciousness of the Universal Christ. Wounds will be healed. The tentacles have been severed. The particles that you were still connected with in your reality have been separated from you. A resolution will appear now for personal and global problems.

Keep connecting with the Light, your teachers are coming closer both within and in the outer world, and dream for the precipitation of wondrous miracles. Contemplate the image of your Real Self who descends in the secret chamber of your heart chaulkrah, where you are connected with the pulsating life-giving flame that is blue, gold and pink, and is the gift from your I AM Presence.

I am closing this message with my love, peace, and assurance that I remain with the precious sons and daughters of the Great Central Sun that you are. I AM with you, standing guard. I AM Archangel Michael.