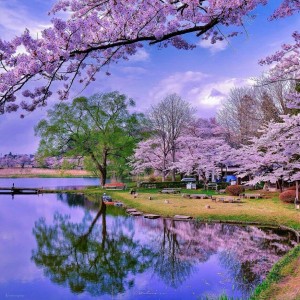 From Kameran Abdul-Rahim Faily
Consultant to The Ancient Royal Families.

Peace be upon you ALL,

This is a global circular to ALL Sentient Beings who are present in the vicinity of Planet Earth, Earth Moon and in-between. This is a declaration of Enforcement Action to commence shortly that are part of the Comprehensive Assets Protection Program (CAPP) measures, ensuring the continued protection of ALL Global Assets within this region of space as well as the preparation for future treaties.
What is Comprehensive Assets Protection Program (CAPP)?

Due to the ending of the last Global Financial Agreement with The Royals (October 2015) and the lack of immediate availability of a replacement program, as well as BRICS arrangement not achieving any traction, these caused different parties to try to force their own solutions on The Royals. Some opted to release assets under their keepership without explicit authorization – like that of BRICS. Others trying to sell the assets in the open/black market unsuccessfully. Others printing money without backup under the label of “Quantitative Easing” like (TARP etc.). Others fraudulently printing currency without authority like Iraqi Dinars (2005 and later). Others steeling from Global Accounts destined for humanitarian projects and instead diverting them to other uses like military spending programs. And last but not least, other openly challenging The Royals with the threat of the use of Scalar Weapons to destroy The Royal Assets on a grand scale.

For this and similar reasons and as part of preparations for “The Global Peace Treaty” that is about to be put on the world scene, the Galactic Council had authorised myself (Kameran Abdul-Rahim Faily) around January 2016 with the position/task of “Protecting the Global Assets”. This then instigated the planning, preparation and imminent execution of “Comprehensive Asset Protection Program” (CAPP), that have been agreed with The Royal Elders and The Earth Angelic Contingency to achieve such ends. The previous circular “WARNING To ALL Keepers of The Royal Assets, Global Circular 21st March 2016” was part of this preparation.

Regarding the CAPP Enforcement Actions, the followings apply across the board:

  Those who cooperate, will not be arrested and will be given the chance of peaceful transition to the new state of affairs.

  Those that do not cooperate, will be arrested and their command and support structure duly terminated.

  There are those that are to be removed regardless due to them not being acceptable in the way forward.

  ALL actions will be enforced by myself, The Royal Elders and Earth Angelic Contingency. No ET (AKA NON-LOCAL) forces will be involved.

  The Enforcement Action will be within spherical space, with Planet Earth at its centre with an outward radius of twice the maximum distance of Earth Moon orbit around Planet Earth (AKA ENFORCEMENT-SPACE).

  The stating of the actions are declared from the outside first, then continuing inward.

1 –   ALL NON-LOCAL entities and their crafts are hereby asked to leave ENFORCEMENT-SPACE within 48-HOURS, unless their presence are clearly declared and confirmed with The Galactic Council. Any found remaining will be arrested and their crafts confiscated.

2-   ALL entities including Earth Humans are to clear out Earth Moon and no living entity to remain on the moon within 48-HOURS. Any found remaining after the deadline will be arrested and their crafts confiscated.

3-    ALL Earth Humans are either to leave ENFORCEMENT-SPACE or be within Planet Earth’s atmosphere within 48-HOURS. All crafts remaining thereafter are in violation, they will be liable to be arrested and their craft confiscated.

4-   ALL Portals recently activated or later activate will be removed after 48-HOURS. ALL crew are to leave immediately or be arrested after the 48-HOURS deadline.

5-    ALL Subterranean Entities are to return to their underground dwellings within 48-HOURS. Anyone found above ground after the deadline will be arrested.

7 –   ALL Weather Manipulation Platforms and Scalar Weapons Platforms will be removed after 48-HOURS. If they are found still active after the deadline or their crew still remain, then their crew will be arrested.

8-    ALL Chemtrails Programs are to stop as of MIDNIGHT. Any program still remaining, then the equipment will confiscated, the airline will be severely penalised and their management will be arrested.

9-    ALL Submarines, Submersibles, Aircraft Carriers, Nuclear Weapon Platforms, WMD Platforms, Underground Cities/Bases as well as their Command Centres will be removed after the 48-HOURS deadline. If any crew remain after the 48-HOURS deadline, then they will be arrested. This includes but not limited to NATO, NORAD and other military command centres across the planet. Those defence forces that do not carry WMD and are truly meant for the protection of their own countries, these establishments will be spared.

10-   ALL Inelegance Gathering Apparatus including their listening posts, intelligence offices will be removed after the 48-HOURS deadline. Any crew remaining after the deadline will be arrested. This includes but not limited to CIA, NSA, FBI, Interpol, UN Peace Keepers and others.

11-    ALL Covert Agencies and Criminal Institutions acting against the good of humanity are to be removed after the 48-HOURS deadline. Any crew remaining after the deadline will be arrested. This includes but not limited to MILABs, Satanist Covens, Child/Human Trafficking, Illuminati control structures, Mercenary Forces, Super-Soldier Programs, Mind/Media/News/Movie Control Institutions, GMO programs like Monsanto, Harmful Vaccination Programs, Environmental Poisoning (like Fracking) and others.

12-    ALL Military Activities, Exercises and Attacks are to stop as of MIDNIGHT. Anyone found in violation as well as their command structure will be arrested and their equipment confiscated.

13-   ALL leaky Nuclear Power Stations are to be shut-down within 48-HOURS and will be removed off-planet after the 48-HOURS deadline.

What are the next steps?

These due warnings and Declarations of Enforcement Actions are hereby given and is expected that they are heeded by ALL. The Galactic Council views these matters with seriousness and so should others. Nothing in the above Enforcement Actions violate any freedom of choice and instead they ensure that this freedom continues for future generations. To plan for future progress, these actions are found to be necessary going forward.

For queries regarding the above, then please contact The Galactic Council or myself to discuss the said concerns.
Peace be upon you