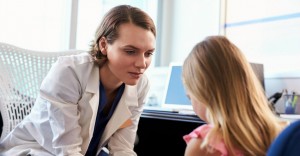 Transgender politics have taken Americans by surprise, and caught some lawmakers off guard.

Just a few short years ago, not many could have imagined a high-profile showdown over transgender men and women’s access to single-sex bathrooms in North Carolina.

But transgender ideology is not just infecting our laws. It is intruding into the lives of the most innocent among us—children—and with the apparent growing support of the professional medical community.

As explained in my 2016 peer reviewed article, “Gender Dysphoria in Children and Suppression of Debate,” professionals who dare to question the unscientific party line of supporting gender transition therapy will find themselves maligned and out of a job.

The liberal Left continue to push their radical agenda against American values. The good news is there is a solution. Find out more >>

I speak as someone intimately familiar with the pediatric and behavioral health communities and their practices. I am a mother of four who served 17 years as a board certified general pediatrician with a focus in child behavioral health prior to leaving clinical practice in 2012.

For the last 12 years, I have been a board member and researcher for the American College of Pediatricians, and for the last three years I have served as its president.

I also sat on the board of directors for the Alliance for Therapeutic Choice and Scientific Integrity from 2010 to 2015. This organization of physicians and mental health professionals defends the right of patients to receive psychotherapy for sexual identity conflicts that is in line with their deeply held values based upon science and medical ethics.

I have witnessed an upending of the medical consensus on the nature of gender identity. What doctors once treated as a mental illness, the medical community now largely affirms and even promotes as normal.

Here’s a look at some of the changes.

Pediatric “gender clinics” are considered elite centers for affirming children who are distressed by their biological sex. This distressful condition, once dubbed gender identity disorder, was renamed “gender dysphoria” in 2013.

In 2014, there were 24 of these gender clinics, clustered chiefly along the east coast and in California. One year later, there were 40 across the nation.

Last summer, the federal government stated that it would not require Medicare and Medicaid to cover transition-affirming procedures for children or adults because medical experts at the Department of Health and Human Services found the risks were often too high, and the benefits too unclear.

Undeterred by these findings, the World Professional Association for Transgender Health has pressed ahead, claiming—without any evidence—that these procedures are “safe.”

Two leading pediatric associations—the American Academy of Pediatrics and the Pediatric Endocrine Society—have followed in lockstep, endorsing the transition affirmation approach even as the latter organization concedes within its own guidelines that the transition-affirming protocol is based on low evidence.

They even admit that the only strong evidence regarding this approach is its potential health risks to children.

The transition-affirming view holds that children who “consistently and persistently insist” that they are not the gender associated with their biological sex are innately transgender.

(The fact that in normal life and in psychiatry, anyone who “consistently and persistently insists” on anything else contrary to physical reality is considered either confused or delusional is conveniently ignored.)

The transition-affirming protocol tells parents to treat their children as the gender they desire, and to place them on puberty blockers around age 11 or 12 if they are gender dysphoric.

If by age 16, the children still insist that they are trapped in the wrong body, they are placed on cross-sex hormones, and biological girls may obtain a double mastectomy.

So-called “bottom surgeries,” or genital reassignment surgeries, are not recommended before age 18, though some surgeons have recently argued against this restriction.

The transition-affirming approach has been embraced by public institutions in media, education, and our legal system, and is now recommended by most national medical organizations.

There are exceptions to this movement, however, in addition to the American College of Pediatricians and the Alliance for Therapeutic Choice. These include the Association of American Physicians and Surgeons, the Christian Medical & Dental Associations, the Catholic Medical Association, and the LGBT-affirming Youth Gender Professionals.

The transgender movement has gained legs in the medical community and in our culture by offering a deeply flawed narrative. The scientific research and facts tell a different story.

Here are some of those basic facts.

1. Twin studies prove no one is born “trapped in the body of the wrong sex.”

Some brain studies have suggested that some are born with a transgendered brain. But these studies are seriously flawed and prove no such thing.

Virtually everything about human beings is influenced by our DNA, but very few traits are hardwired from birth. All human behavior is a composite of varying degrees for nature and nurture.

Researchers routinely conduct twin studies to discern which factors (biological or nonbiological) contribute more to the expression of a particular trait. The best designed twin studies are those with the greatest number of subjects.

Skin color, for example, is determined by genes alone. Therefore, identical twins have the same skin color 100 percent of the time.

But in the largest study of twin transgender adults, published by Dr. Milton Diamond in 2013, only 28 percent of the identical twins both identified as transgender. Seventy-two percent of the time, they differed. (Diamond’s study reported 20 percent identifying as transgender, but his actual data demonstrate a 28 percent figure, as I note here in footnote 19.)

That 28 percent of identical twins both identified as transgender suggests a minimal biological predisposition, which means transgenderism will not manifest itself without outside nonbiological factors also impacting the individual during his lifetime.

The fact that the identical twins differed 72 percent of the time is highly significant because it means that at least 72 percent of what contributes to transgenderism in one twin consists of nonshared experiences after birth—that is, factors not rooted in biology.

Studies like this one prove that the belief in “innate gender identity”—the idea that “feminized” or “masculinized” brains can be trapped in the wrong body from before birth—is a myth that has no basis in science.

Even the American Psychological Association’s Handbook of Sexuality and Psychology admits that prior to the widespread promotion of transition affirmation, 75 to 95 percent of pre-pubertal children who were distressed by their biological sex eventually outgrew that distress. The vast majority came to accept their biological sex by late adolescence after passing naturally through puberty.

But with transition affirmation now increasing in Western society, the number of children claiming distress over their gender—and their persistence over time—has dramatically increased. For example, the Gender Identity Development Service in the United Kingdom alone has seen a 2,000 percent increase in referrals since 2009.

3. Puberty blockers for gender dysphoria have not been proven safe.

Puberty blockers have been studied and found safe for the treatment of a medical disorder in children called precocious puberty (caused by the abnormal and unhealthy early secretion of a child’s pubertal hormones).

However, as a groundbreaking paper in The New Atlantis points out, we cannot infer from these studies whether or not these blockers are safe in physiologically normal children with gender dysphoria.

The authors note that there is some evidence for decreased bone mineralization, meaning an increased risk of bone fractures as young adults, potential increased risk of obesity and testicular cancer in boys, and an unknown impact upon psychological and cognitive development.

With regard to the latter, while we currently don’t have any extensive, long-term studies of children placed on blockers for gender dysphoria, studies conducted on adults from the past decade give cause for concern.

For example, in 2006 and 2007, the journal Psychoneuroendocrinology reported brain abnormalities in the area of memory and executive functioning among adult women who received blockers for gynecologic reasons. Similarly, many studies of men treated for prostate cancer with blockers also suggest the possibility of significant cognitive decline.

4. There are no cases in the scientific literature of gender-dysphoric children discontinuing blockers.

This suggests that the medical protocol itself may lead children to identify as transgender.

There is an obvious self-fulfilling effect in helping children impersonate the opposite sex both biologically and socially. This is far from benign, since taking puberty blockers at age 12 or younger, followed by cross-sex hormones, sterilizes a child.

From studies of adults we know that the risks of cross-sex hormones include, but are not limited to, cardiac disease, high blood pressure, blood clots, strokes, diabetes, and cancers.

Scientific data show that people under the age of 21 have less capacity to assess risks. There is a serious ethical problem in allowing irreversible, life-changing procedures to be performed on minors who are too young themselves to give valid consent.

7. There is no proof that affirmation prevents suicide in children.

Yet as noted earlier, prior to the widespread promotion of transition affirmation, 75 to 95 percent of gender-dysphoric youth ended up happy with their biological sex after simply passing through puberty.

In addition, contrary to the claim of activists, there is no evidence that harassment and discrimination, let alone lack of affirmation, are the primary cause of suicide among any minority group. In fact, at least one study from 2008 found perceived discrimination by LGBT-identified individuals not to be causative.

8. Transition-affirming protocol has not solved the problem of transgender suicide.

Adults who undergo sex reassignment—even in Sweden, which is among the most LGBT-affirming countries—have a suicide rate nearly 20 times greater than that of the general population. Clearly, sex reassignment is not the solution to gender dysphoria.

The crux of the matter is that while the transition-affirming movement purports to help children, it is inflicting a grave injustice on them and their nondysphoric peers.

These professionals are using the myth that people are born transgender to justify engaging in massive, uncontrolled, and unconsented experimentation on children who have a psychological condition that would otherwise resolve after puberty in the vast majority of cases.

Today’s institutions that promote transition affirmation are pushing children to impersonate the opposite sex, sending many of them down the path of puberty blockers, sterilization, the removal of healthy body parts, and untold psychological damage.

These harms constitute nothing less than institutionalized child abuse. Sound ethics demand an immediate end to the use of pubertal suppression, cross-sex hormones, and sex reassignment surgeries in children and adolescents, as well as an end to promoting gender ideology via school curricula and legislative policies.

It is time for our nation’s leaders and the silent majority of health professionals to learn exactly what is happening to our children, and unite to take action.   >>>By Michelle Cretella Michelle Cretella, M.D., is executive director of the American College of Pediatricians, a national organization of pediatricians and other health care professionals dedicated to the health and well-being of children.

For related issue, read the following article that touches the issues of our organs not to be missing around with during navigating this physical realm, due the fact that when we died, in order for our soul to navigate a new life, it must carry its physical body all complete. The redeemer cannot redeem our souls in a body that it is not complete according to the gods from the underworld, a place where we go after we died.  Keep on reading till the end: http://wetheonepeople.com/easter-the-sun-and-the-gods-of-fertility/