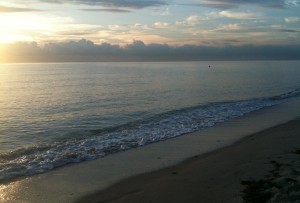 So the other day, on April 17th 2021 exact, I woke up holding within my head a sentence that I could not see clear, and or was presented to me too fast for my mind to hold on too- to read it clearly.

And the sentence vanished.

Then suddenly a single word appeared in bold letters that very clear I could read.= DESOLATE. I turned quick to reach pen and paper so I could write down the word.

Alright then, I went back to my bed stubbornly trying to make my mind remember the entire sentence I couldn’t make clear.

Nothing worked, so I gave up.

I do not recall using the word desolate before, and I was not clear what it means.

Then later on I went back to my note and started to play with the word Desolate. According to the dictionary it means, a place that is empty; no inhabitant left; emptiness; devastated; ruin; waste; dismal; gloomy; destroyed. Then I decided to find out the numerical value of the word desolate according to the Hebrew alphabetical letters, but before I continue, let us say that letters and numbers, matters not in what language, they represents living symbols and or living characters that have to do with the Creator and the creation. And for the purpose of this presentation we will quote the Hebrew Text as well as the Bible.

And so the word desolate equal to number 9. Ninth Hebrew letter: Tet. Last and largest single digit. Signifies finality, judgment, harvest, fruitfulness, the womb, duality (good/evil), concealment, truth, loving-kindness, fruit of the Spirit, turning to look upon/gaze, hour of prayer, etc. When nine reveals what it conceals inside, there is fruitfulness, multiplication, and the building of the House. There are nine fruit and gifts of the Spirit. (Gal. 5:22-23, 1 Cor. 12:8-10). Human gestation lasts nine months, linking the number nine to birth, fruit, and life. Feast cycle covers nine months, again linking nine to birth (salvation), fruit, and life. End time harvest is marked by wars and rumors of war and great judgment. A harvest cannot be made without separating the wheat from the chaff or without putting a sickle to the heads of grain. Hence, nine’s association with judgment.~ quote.

And so my head is spinning while I am at the same time avoiding navigating the event of the Day that is the funeral of “Prince Philip.” I swear that I was not going to waste my time reading about this evil man. Regardless, something caught my attention!

For those that have eyes to see and ears to hear, we know that the number seventeen has been in the now for a very long time. And we know as well that the letter Q= 17 according to our alphabetical order. Seventeenth Hebrew Letter: Peh. Pictographic meaning of mouth, opening, speech, blow, scatter. Thus, the mouth reveals whether one is mature or immature when we speak.~ quote.= it relates to speech; speaking up! Seventeen is the 7th prime number, thus some meanings will mirror seven. 7+10=17 indicates the meaning of the number ten will also inform seventeen. Further, the number one in Hebrew is Aleph. Aleph also marks the singular future tense “I will.” The numeric value of one represents Oneness, Unity, Priority, Primacy, First, and Beginning.~ quote.

And so the numerical value of seventeen is the number 80.= 8. Or 1+ 7= 8. Eight is the symbol of A NEW Beginning. After the number 7 destroyed everything, it is the responsibility of the number 8 to start all Anew. The beginning of a new cycle; a new order of creation is in place. It also means resurrection+ and regeneration. The number 8 is known as the number of balance and harmony. His shape exemplifies his need for balance best. He is composed of two full circles (wholeness), and on his side, the number 8 represents infinity, the mathematical symbol for a number greater than any assigned number, anything that can be foreseen.~ quote. And it is written that God rested on the seventh day, thus the number eight must be for a new begging; something new is being born, right?

With all this being the facts, the character Q= 17 then was telling us for more than four years, something very serious. Something for us paying attention too, is it not? Well, more than one hundred million Americans patriots did pay attention to Q, and millions and millions of patriots from other countries, did too. Q became a worldwide phenomenon.

And since ALL within the OLD paradigm must ends for the new BE born, so did Q.

Officially, the End of the character Q was on April 17th, 2021, the same day of the burial of Prince Philip. For many of us this funeral was the official announcement= ceremony of the funeral for burying all the old. All that no longer serve, and thus the announcement as well for a new beginning. A new Era; a new Age. The rightfully so Era of Aquarius that started on the first month of the year of 1964. We are already sixty years into the Aquarius age, and it is no wonder that all is being cleanup for the timeline of Aquarius be shining through. The age of Aquarius does have a duration of 2600 years! So just think, we are barely getting our feet wet unto this exciting journey.

Anyway, going back to the funeral of both prince Philip and Q, and I do not know if some of you noticed- and someone pointed this out to me, when the clergy was reading a passage while the body of prince Philip supposedly lay in a coffin in the middle of the empty church, he said the word CAM instead of can! That was odd and it was done deliberately. It was said for those that know what it means. And astonishingly the numerical value for the word CAM= 8. I said, What? Bingo! As I said, burying/ the ceremonial funeral for the old, and at the same time the announcement, and or ceremonial introduction for a new beginning for the entire world to witness and hear.

All well planned, is it not?

However, although Q is dead, due the fact that he is not going to give us anymore hint about what was and what will be, his legend would go on for ever because NOW we are Q. The people are Q! We are now our own journalists; our own investigators; our own healers, and our own independent sovereign BE’ings. We can discern now. And we can definitely decide the fate of our Country, are we not? And quote, “And Jesus answered and said unto them, Take heed that no man deceive you.”~ Matthews 24:4

Next I will be talking more in detail about the age of Aquarius.= the sign of the son of man. For now keep in mind that ALL is changing inclusive us; within ourselves, and this is due the energy of Aquarius flooding the entire planet. It is good energy, not too worry. The cells from our body are very happy with this energy indeed, but like I said, this will be a subject for another day.

Keep on praying, and never stop praying. Pray for your family; pray for our children’s safety, your community, and our country. Pray for our daily needs; pray the Creator give us courage, health, and unity. And pray for all those here in this country and around the world that are making the transition from the previous age to the new one, a success! Have faith, good times are ahead even if we might still have to go through some shorts bumpy roads- touchdown is already at hands.

Evil shall slay the wicked: and they that hate the righteous shall be desolate. ~Psalm 34: 21

The Lord redeemeth the soul of his servants: and none of them that trust in him shall be desolate. ~Psalm 34: 22