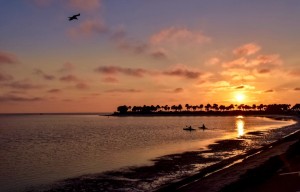 By the authority vested in me as President by the Constitution and the laws of the United States of America, it is hereby ordered as follows:

Section 1.  Findings.  (a)  Consistent with long-standing law of war principles and applicable law, the United States may detain certain persons captured in connection with an armed conflict for the duration of the conflict.

(d)  Those operations are continuing given that a number of the remaining individuals at the detention facility are being prosecuted in military commissions, while others must be detained to protect against continuing, significant threats to the security of the United States, as determined by periodic reviews.

(e)  Given that some of the current detainee population represent the most difficult and dangerous cases from among those historically detained at the facility, there is significant reason for concern regarding their reengagement in hostilities should they have the opportunity.

(b)  Detention operations at U.S. Naval Station Guantánamo Bay shall continue to be conducted consistent with all applicable United States and international law, including the Detainee Treatment Act of 2005.

(c)  In addition, the United States may transport additional detainees to U.S. Naval Station Guantánamo Bay when lawful and necessary to protect the Nation.

(e)  Unless charged in or subject to a judgment of conviction by a military commission, any detainees transferred to U.S. Naval Station Guantánamo Bay after the date of this order shall be subject to the procedures for periodic review established in Executive Order 13567 of March 7, 2011 (Periodic Review of Individuals Detained at Guantánamo Bay Naval Station Pursuant to the Authorization for Use of Military Force), to determine whether continued law of war detention is necessary to protect against a significant threat to the security of the United States.

Sec. 3.  Rules of Construction.  (a)  Nothing in this order shall prevent the Secretary of Defense from transferring any individual away from the U.S. Naval Station Guantánamo Bay when appropriate, including to effectuate an order affecting the disposition of that individual issued by a court or competent tribunal of the United States having lawful jurisdiction.

(b)  Nothing in this order shall be construed to affect existing law or authorities relating to the detention of United States citizens, lawful permanent residents of the United States, or any persons who are captured or arrested in the United States.

(c)  Nothing in this order shall prevent the Attorney General from, as appropriate, investigating, detaining, and prosecuting a terrorist subject to the criminal laws and jurisdiction of the United States.

Sec. 4.  General Provisions.  (a)  Nothing in this order shall be construed to impair or otherwise affect:

(i)   the authority granted by law to an executive department or agency, or the head thereof; or

(ii)  the functions of the Director of the Office of Management and Budget relating to budgetary, administrative, or legislative proposals.

(b)  This order shall be implemented consistent with applicable law and subject to the availability of appropriations.

(c)  This order is not intended to, and does not, create any right or benefit, substantive or procedural, enforceable at law or in equity by any party against the United States, its departments, agencies, or entities, its officers, employees, or agents, or any other person.

When it comes to terrorism, we will do whatever is necessary to protect our nation.

KEEPING AMERICA SAFE: President Trump is fulfilling his commitment to use all available tools to defeat terrorism and protect the United States homeland and its interests abroad.

KEEPING AMERICA PREPARED: President Trump understands the threats that still face the U.S. and pose a threat to its citizens.

KEEPING THE THREAT AT BAY: The President’s new action is vital to preserving the tools and capabilities necessary to end the terror threat.