Americans in Denial…It’s the Box, Not the Process 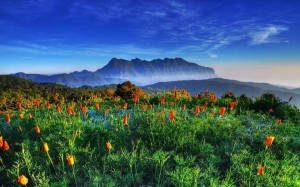 Americans in Denial…It’s the Box, Not the Process

Pretend that you have ten mice in a wooden box and they all want to get out. Every other week we hear about some new hole in the Box, some new “freedom process” –however, the problem remains because the problem is the Box.The Box is built of fraud—-identity theft, probate fraud, personage, barratry, semantic deceit, and false claims in commerce.

The Truth is that you have been defrauded and mischaracterized by people on your payroll.

So what do you do about that? You fire them — not by struggling to overcome Diebold Machines, not by any armed revolution, but by exposing their fraud and criminality before the wholeworld. Our comic book “You Know Something Is Wrong When…..An American Affidavit of Probable Cause” exposes the Great Fraud in words and images that you can understand without a law degree or a magnifying glass.

With an investment of a couple hours of reading time and $10-20 in printing costs, you can understand exactly how we got into this mess and who is responsible for it. Among other amazing Fun Facts you will learn:The “State” isn’t the State you think it is. There are multiple Constitutions.There are multiple “United States”.There are multiple kinds of “citizens”.

Democracy is not a good thing.

What you’ve mistaken as your government isn’t a government at all.There are no “War Powers”.The United States of America hasn’t functioned as a sovereign nation in 150 years. If that isn’t enough to wet your whistle, you will also learn:That Britain has used fraud and press-ganging as a means to retain its Empire.

The entire planet has been controlled to a greater or lesser extent for 700 years by the Holy See. The Bar Associations — literally and in fact — have operated as privateers and criminal syndicates on our shores. How FDR pulled off the greatest semantic deceit of all time.

How you have been enslaved by two little-known crimes: personage and barratry. Now, some people have complained that we didn’t show the way forward and tell people what to do with all this outrageous information, but we have suggested plenty of action items and we have demonstrated some of the most powerful: Expose the rats.

Step outside their private, in-house COURTS which are in gross conflict of interest and bring suit against them in international courts of record. Share the information with friends, family and all the elected officials you can find. Put the Bar Associations on Notice.

They are in violationof the Treaty allowing them to be here. Put the members of “Congress” on Notice. They are not representing you or any other American State Citizen.

Reorganize the government of the Continental United States beginning at the Township level and working your way up to the State level.

You have more civil authority on the land than the entire federal government. Exercise that authority. Let the rest of the world know what has happened here.

Rebut any false claims against you and your assets and keep on rebutting them. Research the Citizen’s Arrest provisions of the Public Law. Use them as necessary.

If the Sheriff you elected won’t honor his obligations to enforce the Law of the Land, elect a new Sheriff to fill the proper office for your County.

Give all the Provost Marshals and Coast Guard Commanders a copy of “You Know Something Is Wrong When…..An American Affidavit of Probable Cause” — they are the ones primarily responsible for safeguarding you from being attacked in the Jurisdiction of the Sea, and they have most obviously been failing their duty.

Give a copy of “You Know Something Is Wrong When…..An American Affidavit of Probable Cause” to the Joint Chiefs and the commanders of all the various base commands. Give them no excuse amounting to plausible deniability.

We suggest that you keep records of all the various elected officials you send copies of the affidavit to. Send them via Certified Mail, Return Receipt Requested. Use the mail receipts as proof, or, better still, deliver copies of the affidavit by Process Server and keep those receipts as proof that the rats have been given Notice and Due Process.

There are a lot of good, innocent Americans out there occupying what appear to be public offices that they believe are public offices that they were elected to serve. It is going to be hard for them to grasp the fact that they are instead functioning as elected private corporate officers that are part of a foreign corporation operated by an equally foreign government that is improperly usurping jurisdiction. Tell them anyway. Make them responsible for their acts.

They can take the proper Oath and start operating as public officials of the rightful government on the land or they can openly admit what their actual office is, but in either case, all obfuscation and confusion about their status has to end. Once their status is made clear, your status will be equally obvious.

Make sure that Stewart Rhodes and Glenn Beck and Michael Savage and Mark Levin and all these other supposed experts get copies of the affidavit, too. Give copies to every concerned American you can give a copy to and make sure they read and understand the situation we are all in. It’s time to take down the Box. Now.

These are just “for starters”. An immense educational effort must be undertaken and law suits in international venues and political action that has nothing whatsoever to do with “Republican” or “Democrat” has to be undertaken, too.

Every other day we get hate mail from patriots who are mad because we are bypassing their favorite theory or not honoring their process or because this information threatens their whole conception of reality or because they’ve got some kind of freedom scam going that they are profiting from— but this isn’t about theories or escape routes or processes or selling copies. This is about demolishing the Box itself. It’s about reclaiming the assets and the freedom and the government you are heir to. It’s about kicking these foreign interlopers and corporate raiders back into the sea. It’ about literally restoring America.

And it can’t wait another day. We and various others got our feet in the door before the door shut. That’s why we have already assigned our Will to all of you, such that you still have claim to your private assets and claim to your share of public assets, too. Wake up.

Get busy. Grab a piece of the work to be done. It doesn’t matter who you are or where you are, your educational level, your wealth, your skill— all Americans have something vital to contribute. All Americans have been called upon to deploy their resources— their time, their intellect, their skills, their determination — to enforce their contracts and take back controlling interest in their own assets.

To that end it is important for everyone to get up to speed, to have a common knowledge base to work from, and to proceed accordingly. There are 3100 counties in America. All of those counties have to be firmly rooted and defined as counties on the land and have to operate as such.

From that basis, 50 States on the land must begin separate and unimpeded operations again after a lapse of 150 years. Some people are alarmed by the length of time that this mis-administration and fraud has existed. They think that our action now must be invalid, simply be-cause so much time has elapsed.

This circumstance has been caused by fraud, and fraud not only destroys everything it taints, it has no statute of limitation. It doesn’t matter if the fraud began yesterday or 300 years ago.

Also, you must remember that you are literally sovereigns over the land jurisdiction of this country. If you don’t call a Continental Congress but once in 500 years, it is nobody’s call but your own, and it is not granted to your employees to assume your “death” simply because you haven’t taken action of this kind in a very long time.

Make no mistake: we do not suggest that we are ready to call a Continental Congress. There is too much ignorance and too many charlatans and too many undeclared Foreign Agents to safely pursue such an action at this moment, but the day is coming when vast numbers of Americans and other people throughout the world will be able to directly address the problems of government and to wisely limit and define the role of government to best serve the peace and the best interests of the living people.

We must always remember that the only valid reason for any government to exist is to preserve the peace and happiness of the living people that governments are ordained to serve.

When any government instead preys upon the living people —any living people— it loses its legitimacy and devolves into nothing more than an organized predatory crime syndicate and the only real question is, “Who or what is it going to attack next?” We have long ago reached that point of corruption in America.

The “federal government” claiming to represent us in the international Jurisdiction of the Sea has promoted fraud against us and acted like a rabid dog throughout the rest of the world. It is our unique responsibility to address the fraud and to restrain the Federal United States and put it back under the chains of the actual Constitution—or demand its liquidation.

We are now embarked on a course to do exactly that. Rather than being alarmed, Americans should realize that the arrangement with the British to control the affairs of Americans and American business interests in the international Jurisdiction of the Sea —though perhaps necessary at the beginning of the Republic — is no longer necessary, desirable, or appropriate.

We must also realize that the British Government and its agents have defaulted and acted in such egregious Breach of Trust that there is no question of their perfidy and criminality and mis administration of their most Sacred Duty and our commercial contracts with them.

We cannot regret the loss of any parasitic relationship with pretended friends who have betrayed our interests and enslaved and falsely indebted us for their own enrichment.

America must stand on her own two feet and America is more than capable of doing so.

~Judge Anna is a light warrior, working as a common law judge in the state of Alaska educating the American people about the fraud inflicted upon us by the BAR Association, and the so call alleged federal government.
We love you judge Anna, sending much frequency of love to you and your family.