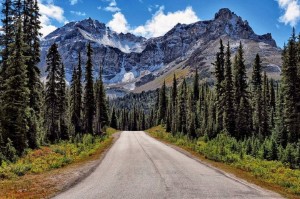 The instigators kidnapped and press-ganged the people and the land assets of the Continental United States by force, fraud, and deceit into the foreign international Jurisdiction of the Sea. Our own employees did this while taking a paycheck from our hand. They cannot claim that they were “at war” with us. They were merely criminals committing fraud against their benefactors and employers.

They have no public capacity whatsoever and no valid contract obligating any American State Citizen to obey any law, code, treaty, regulation or other legislation promoted as an “Act” of “Congress” in while failing to occupy public office and failing to act as responsible fiduciary officers.

The members of “Congress” stand further notified that they and the corporations they represent have no Lawful contract with any individual American State Citizen born on the land of the Continental United States and that all claims, liens, titles and presumptions against the living people and their assets on the land stand null and void ab initio for fraud, all the way back to April of 1862.

The members of “Congress” stand further notified that as presently constituted and operating, they have no public authority related to the Continental United States and exercise only the power any corporate entity has, so long as it acts lawfully and within its charter—-which is to say, the authority to organize their actual employees, set standards for behavior within their own corporation, and perform the functions stipulated by their charters and law-abiding commercial contracts. The Governors of the Federal “State” franchises are similarly notified and placed under Public Lien, required to release all color of law titles and liens registered under conditions of fraud against Continental United States assets.

The Joint Chiefs of Staff stand notified that they are obligated under the Geneva Convention Protocols of 1949 as well as The Constitution for the united States of America to come to the aid and assistance of the civilian populace of the Continental United States and to protect the civilian population and its assets at all costs and to prosecute those who have willingly violated Volume II, Article 3, of the Geneva Convention Protocols seeking to change the birthright citizenship and nationality of American State Citizens of the Continental United States by fraud, force, and coercion.

The Joint Chiefs are also under obligation to return all civilian property unharmed and unencumbered to the rightful civilian owners, to remove all color of law titles and false liens against the labor and other private property assets of American State Citizens rightfully belonging to the land jurisdiction of the Continental United States.

The Joint Chiefs are fully and hereby notified that no commercial corporation on earth has the lawful ability to declare war and that the actions engaged in by the “Congress” and the “President” are merely the actions of a private corporation engaged in police actions and mercenary activities that must be closely scrutinized for conformance to international military law and with due respect for the actual Constitution for the united States of America and the citizenry of the Continental United States.

President Barack Obama is hereby given Notice that he is merely an executive officer of a private, mostly foreign-owned for-profit governmental services corporation, not a Head of State, not eligible to represent the people of the Continental United States, and not empowered to obligate them to any military action or commercial contract. Any attempt on the part of Barack Obama or members of “Congress” to attack American State Citizens using commercial mercenary forces (NHS, BATF, NSA, FEMA, CIA, DIA, IRS, etc.) is to be immediately countered with arrest of those responsible.

The Secretary of the Treasury and the INTERNAL REVENUE SERVICE are under Public Lien and demand to unblock all civilian public trust accounts and make available the entire balance of the National Credit (an amount equal to the National Debt, plus principle and interest) for the use and investment of individual Americans without constraint, excuse, or further obfuscation. This Public Declaration establishes irrevocable lien upon the assets of the United States Treasury and the International Monetary Fund and all subsidiaries and successors of the former Federal Reserve System and upon all Federal State franchises.

The Secretary General and General Secretary of the United Nations are both Notified and Given Fair Warning and Notice that the FEDERAL RESERVE and THE UNITED STATES OF AMERICA, two corporations recently organized under the auspices of the United Nations City State by the UNITED NATIONS, INC. are already in Breach of their Charters and acting as criminal syndicates on the shores of the Continental United States, willfully seeking to defraud the living inhabitants of these peaceful States, and to exercise unlawful control over the citizenry and their assets.

The North American Water and Power Alliance is under Public Lien and is herein identified as the recipient of purloined credit owed to the Continental United States and the Citizenry thereof, due and owing, and is under demand to unblock all individual Capital Credit accounts for the use of the American State Citizens who have been systematically defrauded and indebted resulting in the establishment of these credit accounts in their “NAMES” but retained in the control of local utility companies and the NAWP.

All fraudulent convertible debt resulting from the semantic deceits and misuse of deceptively similar names applied to people and legal fiction entities is recognized as embezzlement of credit, willful identity theft, inland piracy, currency manipulation, obstruction of bankruptcy, and as unlawful restraint of trade accomplished by personage and enforced by barratry by the perpetrators of these schemes whether foreign or domestic.

2
Re: Declaration Of Law – by Judge Anna von Reitz, Alaska plus MORE Today at 8:16 am

The only purpose for creating these franchises structured as various kinds of trusts—was to act as a means for the privately owned governmental services corporations to hypothecate debt against the labor of the living people and their private property assets and to exercise control over them amounting to slavery.