All BAR Attorneys Licenses are Extinguished 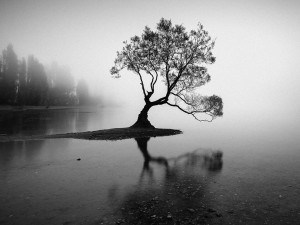 For those that have eyes to see and ears to hear, we are reposting this ORDER OF FACT in order to bring awareness to “Those” that are operating under CRIMINAL DEFAULT, and also bringing awareness to the American citizens to defend themselves from these criminals that disguise in many forms (trustees, county clerks, attorneys generals, governors, collecting agencies, esquires, referees, police, banks…) in order to steal our identity, thus running to steal money from our treasury account through our Global Collateral Trust, and by means of willful identity theft, and semantic deceit, something that never was disclosed to us! Some of us are so heart broken because of this gargantuan fraud inflicted to us all, making us the people slaves so these parasites that disguise as “the chosen ones”, and impersonating to be public officials of the American people; and laughing at us from their unlawful Corporate COURTROOMS, and sophisticated high- rises offices furnished with the most expensive commodities the earth resources can produce, and paid with our hard working labor.

And do not get us started on the “prison for profit” being manage by the same perpetrators calling themselves investors of humans stock which are the same ones (under different names) that owns the alleged corporations(prison system) across the world, and that are the ones being liable and responsible of endangering our vital resources as that of arsenic poison being thrown in our rivers and lakes, chemtrails in our air we breathe, and chemicals in the food we eat. All DONE in the name of arrogance, ignorance, malfeasance, delivered genocide, semantic deceit, and greed. AND THAT they should be/will be/must be killed on the spot and dismantling of their offices and seize of their buildings by the people immediately in whatever country and or Country/Republic For The United States of America, for the gargantuan crimes against us, and humanity across the world.

HOW ironic it is that the one being outlaw is/are you? Are you not the ones that are practicing piracy on the land? Under what law of The United States of America, the Continent are you operating…? ARE you not broken the Constitution FOR The United States For America? ARE you not in contempt/violation of public peace, and in contempt/violation of public trust??

THE vermin’s in black suits that disguised as federal judges/employees, and that should be call for what they are, criminals, and that along with their private agents, BAR attorneys, and the mafia of sheriffs with their corporate brainwashed police force that are all agents of the Privately owned corporation(s) of “the United States” OR “the United States Incorporated” OR “the United States of America” OR THE UNITED STATES/UNITED STATES OF AMERICA… All disguising as lawful government of our Continental Republic of “the united States of America” (Note the way it is written) because it has been deception to the outmost, all in the name of keeping us enslave with semantic deceit! How could we ever be part of such of fraud! How could we never detected the malice within these corporations? Why haven’t we known their own deception, and clavered them with Federal law, example U.S. Title 18 & 1341, & 1342, and U.S. Code & 1951, or death penalty pursuant to The Constitution FOR The United States of America.

WE leave you with this just for the moment:

All banks and governments corporations are foreclosed upon; all their charters are foreclosed upon since 2012 and pursuant to UCC#2012127914, and UCC# 2012114776, protected under UCC 1-103 and UCC 1-308 of public law policies, and international law set by the OPPT worldwide.

THE EVENT IS HERE NOW

By order of Pope Francis:

All Bar Association licenses are extinguished

All Bar Association licenses are extinguished.

• “There will be no seizure of the American retirement accounts, no false flags, no murder, no mayhem, no scalar weapons deployed.

• There will be no deceptive “offers” in commerce seeking to exchange gold for land or human capital under conditions of non-disclosure and deceit.

• There will be an end to this criminality and to the complacency of the Church and of the American Cardinals and Archbishops responsible for the mis-administration of the courts.

Or there will be Hell on earth, Cardinal George — literally, and it will not come against the innocent Americans. The Left Hand of God will come for those who are responsible and unrepentant.

By order of Pope Francis, all attorneys, all clerks, every member of the judicial system operating these frauds and oppressions became 100% individually and commercially liable as of September 1, 2013.

The banking cartels and governmental services corporations have been given three years to clean up their acts from top to bottom, to come into compliance with the Original Equity contract owed to the Americans, and to stop operating in criminal default.

I suggest that you get over your idea that it is the voter’s responsibility.
May God bless you to the same extent that you bless others.

~And the American people