Two Constitutions in the United States

The Congress realized that the country was in dire financial straits, so they made a financial deal with the devil – international bankers — (in those days, the Rothschilds of London ) thereby incurring a DEBT to said bankers. The conniving international bankers were not about to lend the floundering nation any money without some serious stipulations. So, they devised a way of taking back control of the United States and thus, the Act of 1871 was passed. With no constitutional authority to do so, Congress created a separate form of government for the District of Columbia.

With the passage of “the Act of 1871” a city state (a state within a state) called the District of Columbia located on 10 sq miles of land in the heart of Washington was formed with its own flag and its own independent constitution – the United States’ secret second constitution. 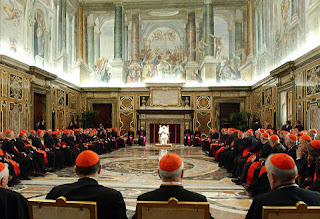 Pope meeting with the board of directors of The Vatican Bank

POTUS is the Chief Executive (president) of the Corporation of the United States operating as any other CEO of the corporation — governs w/a Board of Directors (cabinet officials) and managers (Senators/Congress) Obama as others before him is POTUS — operating as “vassal king” taking orders once again from “The City of London” through the RIIA (Royal Institute of Intl Affairs). The Illuminati (founded by the The Society of Jesus or Jesuits, the largest Roman Catholic Religious Military Order headed by the Black Pope) created the Royal Institute of International Affairs (RIIA) in 1919. The American equivalent to the RIIA is the Council of Foreign Relations (CFR). The RIIA and CFR set up Round Table Groups (based on the King Arthur myths).

What did the Act of 1871 achieve? The ACT of 1871 put the United States back under British rule (which is under Vatican rule). The United States people lost their independence in 1871.

THE CONSTITUTION OF THE UNITED STATES OF AMERICA is the constitution of the incorporated UNITED STATES OF AMERICA. It operates in an economic capacity and has been used to fool the People into thinking it governs the Republic. It does not! Capitalization is NOT insignificant when one is referring to a legal document. This seemingly “minor” alteration has had a major impact on every subsequent generation of Americans. What Congress did by passing the Act of 1871 was create an entirely new document, a constitution for the government of the District of Columbia, an INCORPORATED government.

Instead of having absolute and unalienable rights guaranteed under the organic Constitution, we the people now have “relative” rights or privileges. One example is the Sovereign’s right to travel, which has now been transformed (under corporate government policy) into a “privilege” that requires citizens to be licensed – driver’s licenses and Passports. By passing the Act of 1871, Congress committed TREASON against the People who were Sovereign under the grants and decrees of the Declaration of Independence and the organic Constitution. The Act of 1871 became the FOUNDATION of all the treason since committed by government officials. 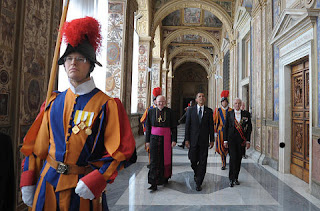