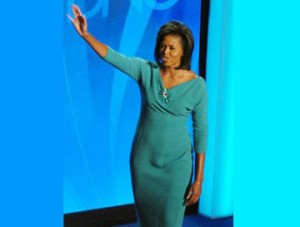 At the end, the very end, things will get weird. False prophets will crawl out of the woodworks claiming lies as benevolent truths. Be discerning in whom you receive your verities (truth) from, as often wolves come disguised as sheep, and vice versa, and they bear false witness in the form of true lies.

Political candidates also do the same. They eventually implode, only to rebound, only to implode again. Sure poling favorites are undermined by 3rd party sources, that appear neutral, but in veritas are just waiting for the right time to drop a bombshell, so that the NPTB can reveal some glorious new governmental structure and their hand-picked leaders of which we can select and make things all the more better.

Also, existing leaders who have long come off as detrimental to human progress are suddenly revealed to be just the opposite. Making it so hard to determine who’s who in the zoo. Who said what? Why? Really? Come on? No? Yes? Ok. Wow. Sham-Wow!

Finally, this money, this heavenly mana gift, will instantaneously spill out as if it was always waiting abundantly for you in some dusty corner of some innocuous warehouse. Word will go out like lightning, and voila, years and for some decades of suffering will vanish, painstaking research verities forgotten, and hunched backs and exhausted eyes will magically be healed… all in less than an hour.

Any intel at this late stage looking to distract you creates separation from the heart. Any intel at this late state looking to inspire you creates unity from the heart. So trust God for your verities, not man… not intel providers… not conference call moderators… not links… not broadcasters… not politicans… trust your personal relationship with God… and if you don’t have a good one, you have till your last breath on this earth to get one.

All it takes is complete a surrender of your own ego. And after that, then what? Going to party like its 1999 in Vegas with RR, Tony and the TNT funky bunch along with their hired wealth mangers (know that RR and Tony get a cash cut of all the new business these “neutral wealth managers” write)? Or will you shut yourself in cover everyone’s debt in your zip code? Country? Hemisphere?

And what about voting in our Presidential race to the bottom here in the old USA, Inc… wait, didn’t that corporation default legally in 2014 and come out of sovereign bankruptcy via international court in 2015? I believe so yes. So, is there even a USG anymore? Big nope. Hmmm, OK, so then why are these two insane liars running for an office to a government that doesn’t exist? Great question.

Feels almost like a new Fox Reality Show starring Donald Trump as the villain, or is H.Clinton the villain? Talk about confusing, but no less entertaining.

Maybe the NPTB will grace us with the veritas of the existence of our new government? You know, the one that was taught in school, but not practiced since 1871 in that diplomatic militarized zone/non-Constitutional sanctuary arm of the Vatican also known as Washington, D.C. (i.e. District of Columbia or District of Isis or District of Israel (Is-Ra-Elohim ).

Hold the phone, bubba… we didn’t learn that in school. Or that there have been 44 rigged Presidential elections. Shut the front door! If true, imagine all that human talent and monetary resource feeling into a complete and absolute scam without any organic result or consequence. Yo, da peeps are gonna be pissed? Or do they already know?

Many well known political names like Truman, Eisenhower, Reagan, Kennedy, Bush, Clinton and Obama all known to be glorified front men for some crazy maestro dark nobility Eastern Europe families that enjoy pulling our strings across the Atlantic (slang for Atlantis, yes also the family resort in Jamaica mon). But does anyone really care at this point? Seriously, does anyone really care who runs the world as long as their world stays afloat and appears to be inching forward for the next generation?

The truth or “veritas” of all modern situations has been rendered irrelevant, as only perception matters in this day and age. And for most, such perceptions are spoon fed to us by media talking heads, cloned celebrities, compromised athletes and faux religion icons. To them, the only thing that’s real is the lie, and they trust that few can even discern fiction from fact, so they bury fact and pump out scripted fiction–24/7/365.

Speaking of 365 days a year, it’s actually 365.25 days on the lunar solar calendar of creation, which is the original calendar of the ancient indigenous tribes of man or real children of Israel. It incorporates both the moon cycles and solar movements and has 13 months, all either with 29 & 30 days. Again, the veritas is out there if you’re willing to investigate.

The Chinese know this, and that’s why the RV is starting 11 days after October 1, 2016… because they’re not only resetting the currency, their resetting the calendar to reflect the veritas of our universe… and in this era, fact overcomes fiction. So yes, someone really cares as it turns out. And that someone controls 99.99999 of the gold ever mined.

Amazing that for most to all of humanity’s history they have been convinced to fight against their bests interests, and even murder one another just to maintain an enslaved status given to them at birth.

And then one day, a day just like today, maybe a random day in October circa 2016, when the Jews are busy celebrating the end of Yom Kippur (Day of Atonement), the most holy day in the Jewish religion that’s actually termed Hebrew, the RV finally appears under the invisibility cloak of “nobody gives a shit because it took too long and is just too ridiculous to believe in let alone wait for).

But just like that, everything changes in our world… as the spigots are turned on and we the meek of the earth (Matthew 5:5) bring our buckets and fill up for the generations that are sure to follow. The illusionary veritas veil gets lifted and humanity’s table of possibility is reset, so that the 50th Year of Golden Jubilee can begin (Leviticus 25:9). Prophecy fulfilled. Expectations exceeded. You are free to move about the cabin of creation… and all in God’s time on this the Day of At-One-Ment.

Tough questions will ultimately need to be post-RV? Who am I really now that I have all this money? How did this happen even though I lived through it? What in God’s name is first or next for me? Where do I go today? Who can I trust tomorrow? Why have I suddenly lost my joy? Should I ever speak again because no one will understand me now?

Remember, this one thought folks heading out of your reception meeting tonight folks… if there was no RV, no money, no ZIM, no transition of eras… is God still God? If yes, then proceed forward into your new life. If no, my sincere suggestion is to burn your currency now before it burns a hole in your soul.

Why? Because money accentuates what’s already in your heart… it magnifies all veritas. Thus, if you’re dark, greedy, angry, manipulative, vengeful and violent on the inside, that’s what you’re going to attract abundantly post-RV. And if you’re the opposite, wonderful, caring, sensitive, generous, giving, warm, kind, happy… well, you can stop reading. You’ve arrived!

The only shot any of us have at enjoying our lives post-RV, is getting in alignment with God’s Will pre-RV. That requires the surrender our ego in favor of God’s Will. Offer no more rebellion to His love. Only the complete surrender of your soul in favor of His oversoul will suffice as a permanent gesture of service for the Lord. This is what it means to be reborn. And right now you have this opportunity to freely accept whatever conditions, trials and tribulations God the Father brings to your door step with both a smile and sense of gratitude.

His pathway is the only way to a) Process the RV opportunity short-term; and b) Ascend spiritually beyond the trappings of your new material wealth long-term.

What you do in private is none of my business. But I know God is watching, and clearly if your redeeming your currency He’s already cast judgment on soul’s who persist to rebel against His will.

The choice is yours. Just wanted to offer you one last shot at eternity before Heaven and Earth collide in your life and dump so much money you it becomes next to impossible to give it all away to God. So, so much easier when you’re broke.