Like a Thief in the Night, it will Come — Porda, Mushaba Platinum Light 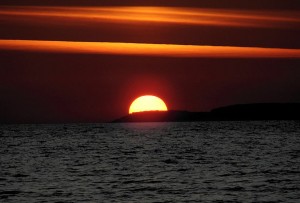 I am Porda known as Papa Force of the Mushaba Family of Earth. I come to you today to tell you something of interest. There has been so much information being brought forward about the RV/GCR event. There has been information about delays and assassination attempts of General Dunford, and that the US Corporation is still in control. I will address that, but first let me address something that is important. What I want to address is your soul journey through creation, but in particular, through this lifetime that you are now living. When I speak of your soul journey I am not going to get all woo, woo and philosophical with you. I am going to get straight down to the nitty gritty with you.

Your soul journey has been like no other. You have stepped up in a way that is and has brought great change to this second universe. Through all the various times you lived in many dimensions and many lifetimes since your creation in this universe, it all came down to this final expression of life on earth. Earth was a plan that was put into motion many billions of years ago, as you know time. When the Mushaba People came from the first universe to create the second universe using the Mushaba Force, along with other beings that came not only from the first universe, but beings that came before creation and before all of any existence, there was a magnificent plan in place. The plan was discussed with the Mushaba Council in the first universe, the God and Goddess of the first Universe, as well as other magnificent beings called The Golden Knights, who are the beginners of what started the motion for creation in the sea of possibilities. There were other beings involved as well. I would have to write volumes of books in order to tell that story, so I am going to only mention certain things and move onward.   The delegation from the Mushaba People came into the second universe after the creation of it, in order to facilitate the bringing into being of the various beings or species that were to be the first to inhabit the second universe. When Creator came into being for the second universe, there was a great meeting between Creator, the Mushaba people, the Golden Knights and other beings, and this was before God and Goddess of the second universe came into being.

There was a plan laid out by Creator for the evolvement of this universe. This universe had to be a universe of duality because it was something that had never been experienced before. In the first universe there is only love and nothing else exists. The duality offered the potential of great and magnificent growth that could take the entire existence to another level of evolvement. It was an experiencing of opposites that came into being. It was the first time that these beings had experienced anything other than love. It was the experience of love and hate, light and dark, right and wrong that came into being.  Various races of beings were created, and it continued on and on until the universe was flushed with life and various races of beings. The plan that was brought into being was to have several very important time periods where great change and evolvement had to happen in order for things to move forward toward the ultimate goal of moving into a third universe of creation. I will speak only of two. One being Maldek and the other being Earth.

Many of you that have been on the spiritual pathway have become aware of Maldek and what happened there with the Maldekian people and the Draconian people. Some are aware of the involvement of the Mushaba people; many are not. You know that Maldek was eventually destroyed. Those same people that were on Maldek were given a promise that they would have the opportunity to make it right, and they were given the opportunity to come to earth to fulfill that promise. Now that you are on earth you are in the final throws of fulfilling that promise that was made to you by the Mushaba people. That Promise basically ends with you of earth being fully into your total Freedom and Empowerment; free from the illusions of control and manipulation, life and death. Free from the tyranny imposed upon you by the Cabal, the illuminati, the draconians or whatever name you wish to call them. No matter what name you use, they were basically of the negative, and some even tip the scales of evil.

This soul journey, besides what I said above about how the promise ends, it also ends with your total financial independence. The time of peace, love and prosperity has come and it will steal upon you like a thief in the night. When we use the earth word thief, we do not mean as if someone stole something from you. We use it as if someone brought something to you without you knowing, and then you suddenly realize it is there!

You are very wise and very mature for you made a conscious choice to come here and forget everything you know, forget who you are, and where you came from, go into darkness and amnesia, and then come fully back into yourself. What a feat! So you are here dear souls of earth at the door with both feet in the door and you will suddenly realize that you have arrived! You will be shocked with surprise and awe of what you have accomplished and what you have discovered. Be proud and gracious to yourselves. There is one last major growth that will come into being very soon and that is the dismantling of racism and hatred for any people because of color or because of differences, religious or otherwise. That has been taking place for some time now and it is gaining an unstoppable momentum in the world. People of all races are saying enough because they realize that race has been used as a weapon against the people. And also people are beginning to realize that there must be a reason why the black race has been treated the way they have since slavery. This, by the way, is answered in the book When World’s Collide by Anakhanda Shaka Mushaba. The issue of oneness and unity of all people cannot be swept under the rug. This has to be in order to move as one united, loving, free, and empowered humanity into the evolvement of life.

Now, as to the intelligence information that you have been hearing of late,

*There will be no delays!

There is talk that the RV will be delayed until possibly next year of 2017. That is not, cannot, and will not happen. The world cannot wait that long and it is already in progress. Stay out of that kind of acceptance and only focus on your reality of truth and that truth is that you are next and your call to arms is already in full progress!

*There is no US Corp in control!

The US Corporation controls nothing, not even air. Again certain appearances are there for a short bit of time, but that is about to be over, and the truth is in the process of coming to light. Realize that it has to be handled carefully in order not to incite the people wrongly.

*There is no Cabal in control!

This issue has been moot for awhile now. People just cannot fathom this being the truth due to the things that are still taking place. It is the little want to be minions that are being a nuisance, and that nuisance will be over in the days ahead. The Republic will be announced sooner than later! It will come along with the RV like a Thief in the night!

*General Dunford’s life has been threatened and three attempts have been made on his life!

This is so, and he is being protected by not only his security team, but also by the benevolent galactic forces. General Dunford has a very important mission to accomplish and he will accomplish his mission. It will not be allowed to be interfered with. Don’t worry about him. Don’t buy into fear for what is all that is left of these cabal minions is fear. They made a grave error by these attempts. Now this has caused the time line of things to be speeded up for it is decided that the only way to stop this is to start the RV/GCR and other announcements then there is nothing to try and stop. As long as it is not started they will continue to try but once it is started it is too late!

I understand that it is difficult for many to see how this can be so in control by the good people when it seems that so much bad is taking place. Just know that it is all smoke and mirrors!

Do not allow yourself to be manipulated through your emotions. There will continue to be a lot of inaccurate and negative intelligence information until the RV/GCR actually happens. This will be short lived for your time to go exchange your currency is close enough that you can actually touch it!

Like A Thief in the Night it Will Come!

I am Porda
Mushaba Love and Blessings!