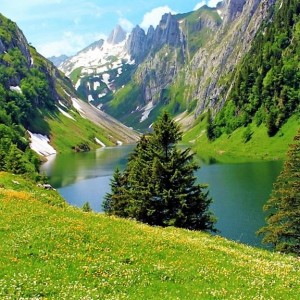 Neither Donald nor Hillary will be President of the USA, Inc.. Both are just playing a pre-scripted role to make all things appear normal; this is why campaign rhetoric has gotten so far out of control. It’s all fiction.

An old/new form of government will return, it’s called the Republic of the United States.

It was created in 1776 via a Constitution that was written by the nations forefather to govern all of its affairs.

This Republic will be announced as restored very shortly, before Nov 8, and a new Republic election will be introduced with brand new candidates.

The Global Financial Reset (GFR) & Revaluation of Currencies (RVC) are each real fiscal events that have the approval of 209 sovereign nations per signed international treaty (Paris Agreement).

Both events are so massive in scope, news of such far reaching transitions have been kept classified, as well as painstakingly rolled out ever so slowly, as to ensure both a successful and safe implementation phase.

Know all currencies of the world have already been recalibrated (day and time unknown), collateralized per a new gold supply whose value is set daily in Shanghai, China as opposed to London.

Suddenly the old/new Republic Treasury was allowed to settle all of its historic claims in its own sovereign digital currency at both domestic and international banks worldwide for all T1 (sovereign nations) & T2 (government) debt transactions. These transactions were private and not publicized.

Then at midnight EDT on Oct 10, 2016, T3 transactions were allowed to be settled also in old/new Republic digital currency for individual sovereign debt claims such as as historic bonds, legal judgements and indigenous tribe reparations. These transactions were private and not publicized.

Finally at midnight EDT on Oct 13, 2016 T4 transactions were authorized to begin for both domestic and International transactions in old/new Republic digital currency.

These transactions will also be private and not publicized, even though millions in the general public will be notified through the Internet with toll free numbers to set appointments at temporary off site banking locations.

T4 settlements are to include privately negotiated exchanges (PNE) for first basket revalued currencies such as: IQD, IRR, IDR, AFA, VND & ZIM. Domestically speaking in the US, all intake will convert into this old/new Republic digital currency.

Timing of the toll free release is unknown even to Wells Fargo who has off site bank location over site duties.

Meaning, the entire world is on standby, waiting for the global release at this hour.