The Truth is Always Stronger than a Lie 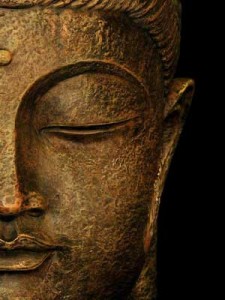 Once upon a time, the King of Benares went on a picnic in the forest. The beautiful flowers and trees and fruits made him very happy. As he was enjoying their beauty, he slowly went deeper and deeper into the forest. Before long, he became separated from his companions and realized that he was all alone.

Then he heard the sweet voice of a young woman. She was singing as she collected firewood. To keep from being afraid of being alone in the forest, the king followed the sound of the lovely voice. When he finally came upon the singer of the songs, he saw that she was a beautiful fair young woman, and immediately fell in love with her. They became very friendly, and the king became the father of the firewood woman’s child.

Later, he explained how he had gotten lost in the forest, and convinced her that he was indeed the King of Benares. She gave him directions for getting back to his palace. The king gave her his valuable signet ring, and said, “If you give birth to a baby girl, sell this ring and use the money to bring her up well. If our child turns out to be a baby boy, bring him to me along with this ring for recognition.” So saying, he departed for Benares.

In the fullness of time, the firewood woman gave birth to a cute little baby boy. Being a simple shy woman, she was afraid to take him to the fancy court in Benares, but she saved the king’s signet ring.

In a few years, the baby grew into a little boy. When he played with the other children in the village, they teased him and mistreated him, and even started fights with him. It was because his mother was not married that the other children picked on him. They yelled at him, “No-father! No-father! Your name should be No-father!”

Of course this made the little boy feel ashamed and hurt and sad. He often ran home crying to his mother. One day, he told her how the other children called him, “No-father! No-father! Your name should be No-father!” Then his mother said, “Don’t be ashamed, my son. You are not just an ordinary little boy. Your father is the King of Benares!”

The little boy was very surprised. He asked his mother, “Do you have any proof of this?” So she told him about his father giving her the signet ring, and that if the baby was a boy she should bring him to Benares, along with the ring as proof. The little boy said, “Let’s go then.” Because of what happened, she agreed, and the next day they set out for Benares.

When they arrived at the king’s palace, the gate keeper told the king the firewood woman and her little son wanted to see him. They went into the royal assembly hall, which was filled with the king’s ministers and advisers. The woman reminded the king of their time together in the forest. Finally she said, “Your majesty, here is your son.”

The king was ashamed in front of all the ladies and gentlemen of his court. So, even though he knew the woman spoke the truth, he said, “He is not my son!” Then the lovely young mother showed the signet ring as proof.

Again the king was ashamed and denied the truth, saying, “It is not my ring!”

Then the poor woman thought to herself, “I have no witness and no evidence to prove what I say. I have only my faith in the power of truth.” So she said to the king, “If I throw this little boy up into the air, if he truly is your son, may he remain in the air without falling. If he is not your son, may he fall to the floor and die!”

Suddenly, she grabbed the boy by his foot and threw him up into the air. Lo and behold, the boy sat in the cross-legged position, suspended in mid-air, without falling. Everyone was astonished, to say the least! Remaining in the air, the little boy spoke to the mighty king. “My lord, I am indeed a son born to you. You take care of many people who are not related to you. You even maintain countless elephants, horses and other animals. And yet, you do not think of looking after and raising me, your own son. Please do take care of me and my mother.”

Hearing this, the king’s pride was overcome. He was humbled by the truth of the little boy’s powerful words. He held out his arms and said, “Come to me my son, and I will take good care of you.”

Amazed by such a wonder, all the others in the court put out their arms. They too asked the floating little boy to come to them. But he went directly from mid-air into his father’s arms. With his son seated on his lap, the king announced that he would be the crown prince, and his mother would be the number one queen.

In this way, the king and all his court learned the power of truth. Benares became known as a place of honest justice. In time the king died. The grown up crown prince wanted to show the people that all deserve respect, regardless of birth. So he had himself crowned under the official name, “King No-father!” He went on to rule the kingdom in a generous and righteous way.

The moral is: The truth is always stronger than a lie.