The Ancient Origins of Santa Claus 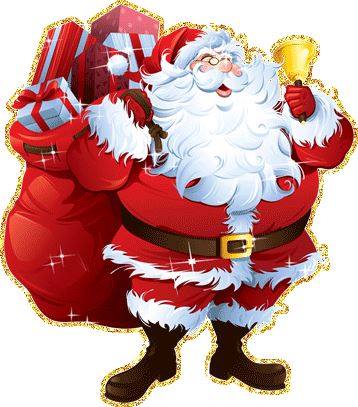 Every year millions of children around the world anxiously wait for the arrival of Santa Claus. Parents tell stories of the man with the white beard, red coat and polished boots who travels the world with his reindeer bearing gifts for all those who were well-behaved.  Perhaps one day, parents will also tell the story of the real Santa Claus – a man who dedicated his life to charity and gift-giving.

The real story of Santa Claus begins with Saint Nicholas (270 – 343 AD), who was born in the village of Patara, an area which was once Greek but is now part of Turkey. He was born to wealthy parents, who died in an epidemic while Nicholas was still young.  Nicholas used his entire inheritance to assist the needy, the sick, and the suffering.  One account of Nicholas tells that he presented three impoverished daughters with dowries so that they would not have to become prostitutes. On three different occasions, the bags of gold providing the dowries had appeared in their home.  They had been tossed through an open window and are said to have landed in stockings or shoes left before the fire to dry. This led to the custom of children hanging stockings or putting out shoes, eagerly awaiting gifts from Saint Nicholas.

Nicholas was made Bishop of Myra while still a young man and became known throughout the land for his generosity to those in need and his love for children. Thus began the tradition of gift-giving in honour of Saint Nicholas, whose modern name Santa Claus, comes from the Dutch ‘Sinterklaas’.

Saint Nicholas died on 6th December, 343 AD and so on the eve of his death, children were bestowed gifts in his honour.  December 6th is still the main day for gift giving in many countries in Europe.  In other countries, the day of gifts was moved in the course of the Reformation and its opposition to the veneration of saints in many countries on the 24th and 25th December.

Nicholas’ tomb in Myra became a popular place of pilgrimage. Because of the many wars and attacks in the region, some Christians were concerned that access to the tomb might become difficult. So in 1087, most of his bones were moved to Bari in Italy, where they remain to this day.  A basilica was constructed the same year to store his remains and the area became a pilgrimage site for the devout.

An anatomy professor from the University of Bari, who catalogued, measured, and photographed the saint’s remains in 1957 tried to sketch what Nicholas would look like if soft tissues were present on the skull, and in 2004, a facial anthropologist attempted to create a reconstruction by applying the latest computer diagnostic techniques to the data gathered in 1957. The results can be viewed here.

Many of the modern ideas of Santa Claus have been attributed to the poem by Clement Clarke Moore, “A Visit from St. Nicholas” (better known today as “The Night Before Christmas”) in the Troy, New York, Sentinel on December 23, 1823

Many of his modern attributes are established in this poem, such as riding in a sleigh that lands on the roof, entering through the chimney, and having a bag full of toys. St. Nicholas is described as being “chubby and plump, a right jolly old elf” with “a little round belly”, that “shook when he laughed like a bowlful of jelly”, in spite of which the “miniature sleigh” and “tiny reindeer” still indicate that he is physically diminutive. The reindeer were also named: Dasher, Dancer, Prancer, Vixen, Comet, Cupid, Dunder and Blixem (Dunder and Blixem came from the old Dutch words for thunder and lightning, which were later changed to the more German sounding Donner and Blitzen).

Since then, the image of Santa Claus has been popularised through television, movies and children’s story books. While some dislike the idea of gift-giving at Christmas, believing that the lavish celebrations are not in line with their faith, or that Santa has become a symbol of materialism, others believe that it continues to honour the life and deeds of Nicholas, an individual beloved and revered as protector and helper of those in need.