THE PARTY IS OVER: NOTHING IS A COINCIDENCE: ENJOY THE SHOW 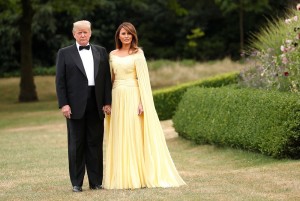 ~: POTUS with First Lady Melania above representing our country the United States on a special visit for the Royals that for a fact is a straight message for them realizing that the Party is OVER.

~: Nothing is by coincidence: Nothing: A Ninety two years old woman Queen not being escorted by her own family?~>> Left. All. Alone. [next picture above where POTUS walks in front of the lonely Queen]. ~: Meaning the United States[the people] are sending a clear message that we are no longer playing puppets+ being a milking cow for these high class criminals that disguise as good samaritans+> ironically portraying being the perfect family when the facts are >> they are fucking German talmudic Jews that serve Satan[baby killers+> endorsers for the degeneration for our humanity+> besides being control freaks whores]. ~: They+ along with the Chinese stooges banking cartels are the perpetrators for the dilapidated filthy disgusting+ filled with lacking the basic necessities for the daily needs for our planet’s inhabitants[all living systems].+ ~: For the situation gotten so bad we the people for a fact have been denied the lawful god giving rights having a piece of land where we could do whatever we wish> for example build our own homes+ planting the seeds[food] for us surviving.

~: For go and tell the American people about this. For we know[can tell anyone] what living in hell is all about.

~: For we got so sick and tired watching these fuckwits enjoying their lavish fortunes they posses all over the world[where greed + more greed is never enough].+ Where the facts are their own people+ the American people [their uneducated piece of shit people] as they call us all died: are dying on the streets hungry+ homeless.

~: For all the Royals+ Prime minister Teresa May+ >> Go and fuck yourselves.+> Do take with you your partners the great whore, Angela Merkel from Germany+ Macron from France+ the top demon war criminal, Netanyahu from Israel.+ The Dragon Family control freaktards from China along with the Federal Reserve banking cartels+ All your 33 degree freemansonry demonic faggotards fuckery all over the world.+ All your BAR agents that are in the united states.+ All the fucking corporal Jews traitors: mafiosos criminals that covertly infested our country+ belittling+ killing our people. ~ – = The ones that call themselves Jews and are Not [Jews]. ~ – = For. All. Be. Gone. Deep. State. Dirt. ~ – = For all the properties these criminals have taking from the people>> be all return for the people. ~ – = For all the people [+ the American people] are not public properties.

~: Below> POTUS sitting on Winston Churchill chair during visiting the Royals. For those that are not aware> Winston Churchill was a demented being that had the notion invading others sovereign countries for fun+ stealing their wealth was the right thing to do. He brough much suffering for the people from India+ Check Republic to name a few.+ By POTUS sitting on that chair the clear message is: ” The United States is doing now the opposite of what Churchill did.” + = MEGA= Make the Existence Great Again. ~: For. Love. Love.+ Courage. Courage.+ Responsibility. Responsibility.+ Unity. Unity. 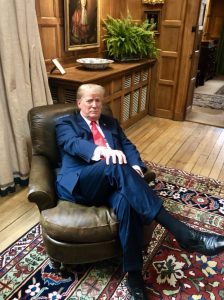 ~: Picture below is POTUS with prime minister from Croatia taking at the alleged NATO meeting. Croatia did win over England football game. ~ – = Yes! Love. Love.+ ~: For those that are not aware> NATO was killed in 2012.+ = Meaning NATO is dead. Buried.+ ~: For what you see now is just a show for the masses>> that is all. 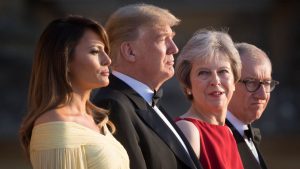 Consciousness (including the state of consciousness defined as “human”), Existence, Love, and Unity of all that is…was NEVER up for negotiation. Let alone the control by the few. ~ in love~ hatj.