THE MORE YOU KNOW: MEMES: QUOTES 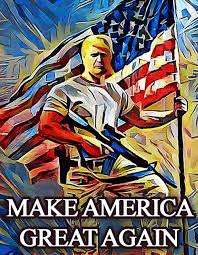 ^Semite= A member of any of the peoples speaking a Semitic language, including the Arabs, Arameans, Babylonians, Carthaginians, Hebrews, Phoenicians, and many of the peoples from Ethiopia. Does Hebrew [ a Jew: a crypto Jew ] makes One of a highest society? No. we are all especial.

So why the anti semitic issue? It is something the Crypto Jews [not real Jews, but disguise as such, example the Pope+ all his worldwide legions as the FBI+ CIA+ DOJ+ the BAR+ corporal court+ the Royals+ the synagogues of SATAN & SATAN+ banking cartels,  etc.,= all working for China] have created to make the people believe they are being attack to bring about sympathy. This is typical of communism= Judaism= Judaism is communism: same as all the racial division+ the religions division+ all criminals actions against the creation, inclusive slavery through siphoning everyone energy all ways always=our labor= economical= poverty+ our lives by knowingly disguising countries: sovereign nations+ its people as corporations so they can assume that they owns them= slavery.

Crypto Jews or peoples= having a secret allegiance to a political creed [concealed. secret. hidden], especially communism= Judaism. Sound familiar? Oh no! have we’ve been…? << need not answer. it is better that you know now, and not before. worry not, this is being burry as we speak. ❤️

Synagogue= assembly of men= deep state= the swamp= China+ the BAR= crypto peoples from all background coming together with one purpose= destroy our Country after having us enslaved covertly for decades with communism=Judaism.

“Judaism is communism, internationalism, the universal brotherhood of man, the emancipation of the working class and the human society. It is with these spiritual weapons (LIES & PrOPAGANDA) that the Jews will conquer the world and the human race.”  — Rabbi Harry Waton p. 100 of his book “The Jew World Order Unmasked”

“I don’t believe in western morality, i.e.
don’t kill civilians or children,
don’t destroy holy sites,
don’t fight during holiday seasons,
don’t bomb cemeteries,
don’t shoot until they shoot first because it is immoral.
The only way to fight a moral war is the Jewish way:
Destroy their holy sites. Kill men, women and children (and cattle).” — Chabad Lubavitch Rabbi Manis Friedman in Moment Magazine (May/June 2009) in “Ask The Rabbi”

RABBI QUOTES THAT MAKE YOUR STOMACH CHURN WITH REVULSION AND REPULSION

JOHN 8:44 KJV : “Ye are of your father the devil, and the lusts of your father ye will do: he was a murderer from the beginning, and abode not in the truth, because there is no truth in him. When he speaketh a lie, he speaketh of his own: for he is a liar, and the father of it.”

Revelation 3:9 9 “I will make those who are of the synagogue of Satan, who claim to be Jews though they are not, but are liars-I will make them come and fall down at your feet and acknowledge that I have loved you.”

Revelation 2:9 9 “I know your afflictions and your poverty-yet you are rich! I know about the slander of those who say they are Jews and are not, but are a synagogue of Satan.”

The more you know: Form of government:

1- Socialism, is when you have two cows, and you are made to share the milk with everyone else who doesn’t have a cow.

2- Communism, is when you have two cows, the government takes them, and gives you the milk.

3- Fascism, is where you have two cows, the government takes your cows, and sells you the milk.

4- Nazism, is when the government takes your cows and shoots you.

5- Capitalism, is where you have two cows, sell one, buy a bull, and make more cows.

They, the Crypto communists demons con:

The media= the enemy of the people. For this must be transform. be it done! 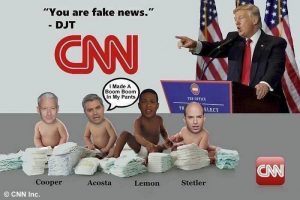 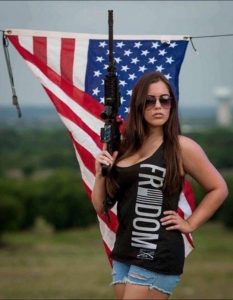 ^With some exception, the American people are the most courageous. most brilliant. most good hearted people in the world, and by the grace from our Creator, we are the Chosen ONES for leading humanity for a better world, inclusive financial freedom worldwide for everyone! Are you ready? ❤️

^We the American people have a heart+ spirit for knowing better who the enemies are. And if you are those that are pro slavery all ways: are a traitor. harmful to our people. our wild life. our resources, then you must be exterminated for the security of our survival. Be it done!❤️ 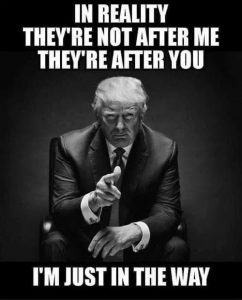 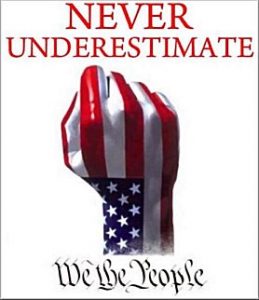